The HSE’s decision not to put up a spokesperson to discuss the issue of bullied nurses is ‘not good enough'.

The HSE’s failure to address claims of bullying in the HSE on Lunchtime Live is ‘not good enough’, presenter Andrea Gilligan has warned.

For days, the programme has been inundated with stories from nurses who say they have been bullied in the health service.

Andrea described herself as "gobsmacked" by the volume of the complaints - but the HSE has decided not to come on the show and discuss the claims.

Instead, the health service issued a brief statement, noting that it takes claims of bullying seriously.

“Where’s the HSE? Where are they?” Andrea asked.

“We’ve put a request in from the programme every single day this week since we started talking about this particular issue on the show and asked for someone from the HSE to come on the programme to respond to the stories, the experiences, the various different accounts that so many of you callers have got in touch with.

“There’s been nobody available.

“Imagine, all week, there’s no one available from the HSE.

“From the very employer of the people who’ve been raising this issue and talking to us here on Lunchtime Live.

“There’s no spokesperson available for the past number of days to talk to us here on the show… I just don’t think that’s acceptable.

“I do not think it’s good enough.”

📻 @andreagilligan has been ‘gobsmacked’ by the volume of complaints received about bullying in the HSE. A text message she received today has shocked her even more. @LunchtimeLiveNT pic.twitter.com/QgKEnQfZEr

One woman who called into the show said the behaviour she had experienced was so bad that she decided to leave the job altogether.

"The big one for me was public humiliations," Kate told Lunchtime Live.

"If there was a mistake made, or a mistake perceived to have been made, people would be called out on it in a public setting, in front of colleagues, in an unprofessional manner".

Kate said there was such a culture of fear within the department that she eventually left the health service to protect her mental health.

'Come to your union'

INMO General Secretary Phil Ní Sheaghdha, told the show she is also aware of nurses who have left their jobs because of the bullying they experienced.

“My strong advice to any nurse listening to this is, if you experience no response or if a manager, when you raise an issue of this significance, says anything that you don’t accept, come to your union and we’ll deal with it,” she said.

“We deal with it every single day of the week.

“We have worked very hard to make sure that the HSE and other health sector employees have policies and when they have policies, they have to abide by them.”

Things have gotten worse in recent years, she believes, because of the pressure the health service is under.

“Culture can be influenced, unfortunately, by what’s happening at the time,” she said.

“We know… that because of the recession and because of cutbacks and moratoriums, the incidences of bullying increased.

“We’re finding that when a service is stretched; when people are asked to do more than is humanly possible, or actually humanly acceptable in some instances, that these types of behaviours and allegations increase.

“So undoubtedly, the culture has to change.” 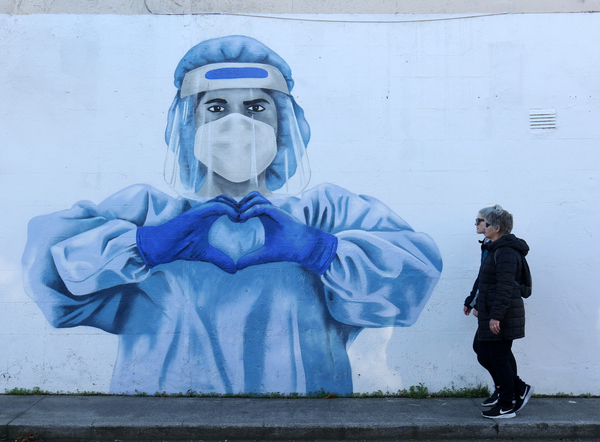 In a statement to Lunchtime Live, the HSE said:

"Any allegation regarding bullying and harassment is taken seriously by the HSE.

"The dignity of employees is of the utmost importance and there are policies in place to reflect the support provided.

"Disciplinary matters are managed at a local level in the HSE and investigation affords the complainant and the person against whom the complaint has been made fair and due process."