A new survey has suggested the annual rate of house asking price inflation nationwide has fallen ...

A new survey has suggested the annual rate of house asking price inflation nationwide has fallen to less than 1%.

While prices outside Dublin grew by 1.4% over the year, they fell in final quarter of last year.

The report, which is published in association with Davy, found that annual asking price inflation has slowed to 0.72% nationwide.

While annual inflation outside Dublin grew by €3,200, quarterly inflation fell by 0.5%.

It says newly-listed properties are seen as the most reliable indicator of future price movements. 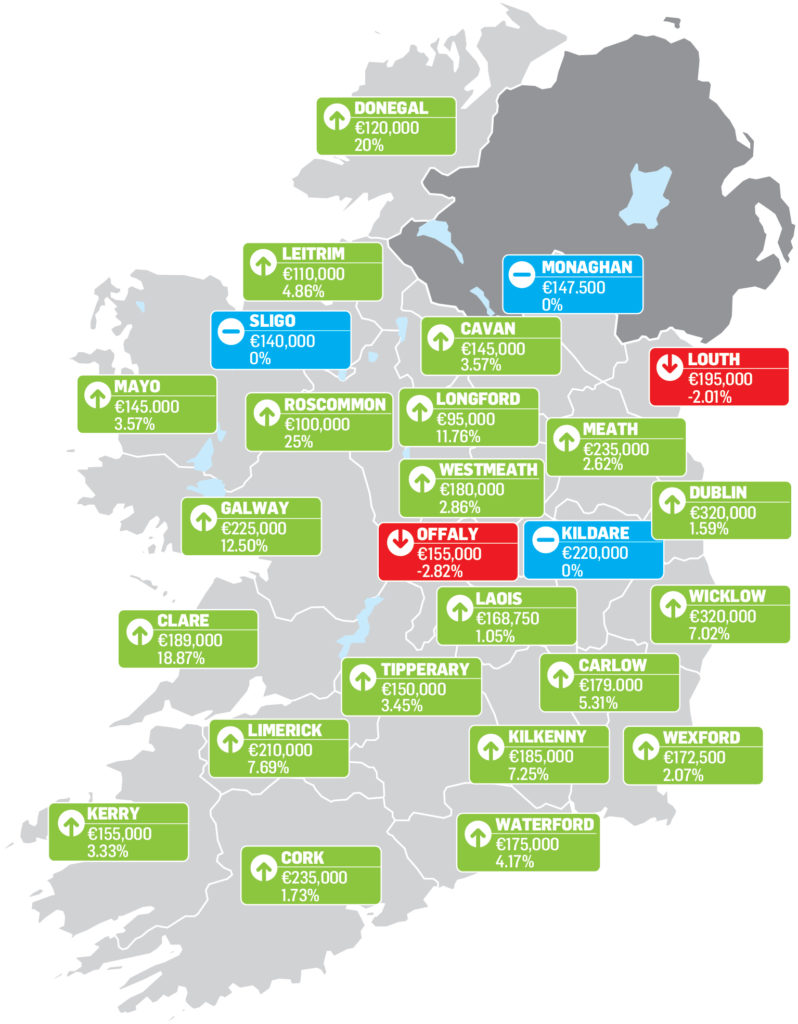 Author of the report Conall MacCoille, chief economist at Davy, says the slowdown in inflation was inevitable.

"Central Bank rules have stopped first-time buyers taking out too much mortgage debt and should lead to more realistic asking prices.

"This is only slightly below the UK's ratio of 7x.

"This is the first time since 2012 that Ireland's house-price-to-income ratio has declined."

He adds: "While there has been a 13% fall in new instructions to sell and an 11% drop in the total number of homes listed for sale, there are positives in the market.

Angela Keegan, managing director of MyHome.ie, says: "For most of the year, we understandably saw prospective purchasers being reluctant to take the plunge due to these two unresolved issues, leading to sluggish house price inflation.

"The clarity we now have will likely lead to more settled price expectations and a stabilisation of residential transactions in 2020."

"It remains to be seen how the Central Bank's decision to keep mortgage rules unchanged and indeed Brexit will affect the Irish market in the long term - but at least now purchasers can plan without being fearful of any sudden shocks."

Read the report in full here