A new report says the rate of house price growth is at its lowest level in five years. Overall, t...

A new report says the rate of house price growth is at its lowest level in five years.

Overall, the annual asking price inflation is at 2.4%, while in Dublin this has entered negative territory for the first time since 2013.

The latest house price report from MyHome.ie, published in association with Davy, found that despite the downward trend in the annual inflation rate, prices are continuing to rise - although at lower rates.

The report found that asking prices for newly-listed properties nationally increased by €5,000 in the second quarter, while they rose by just €2,000 in Dublin.

This was the weakest second-quarter gain in the capital since 2012. 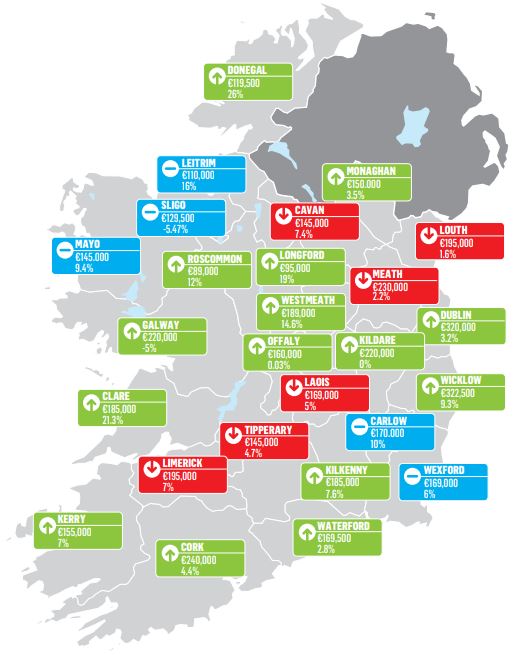 Chief economist at Davy, Conall MacCoille, is author of the report.

He says the reason for the price falls were as a result of increased regulation.

"The current slowdown in price inflation is largely due to the Central Bank's lending rules and stretched affordability.

"These factors are preventing the latent housing demand from translating into rampant house price inflation fuelled by rising leverage on mortgage loans.

"Ireland's economy continues to perform well and the property market will continue to be underpinned by high employment and wage growth.

"While the economy has been driven by strong foreign direct investment, export growth and a slow rebound among indigenous companies, the recovery in homebuilding is still in its infancy".

Angela Keegan, managing director of MyHome.ie, adds: "The environment for buyers is becoming much more favourable, with 22,600 homes listed for sale in June 2019 on MyHome, up 4.5% on the same period of 2018.

"The improvement is especially marked in Dublin, with 5,400 homes listed for sale on MyHome - up 9% on last year".