Travel expert Eoghan Corry has said Ireland's hotel quarantine system is still reliant on people being honest as to where they came from.

It will come into effect as of the first flights arriving here on Friday, and passengers must book and pay for their stay in advance.

The Crowne Plaza Dublin Airport Hotel in Santry will be the first facility up-and-running, with Tifco Hotel Group operating the new system.

A 12-night stay in a quarantine hotel will cost €1,875 for one adult, with lower rates for additional adults or children sharing a room. 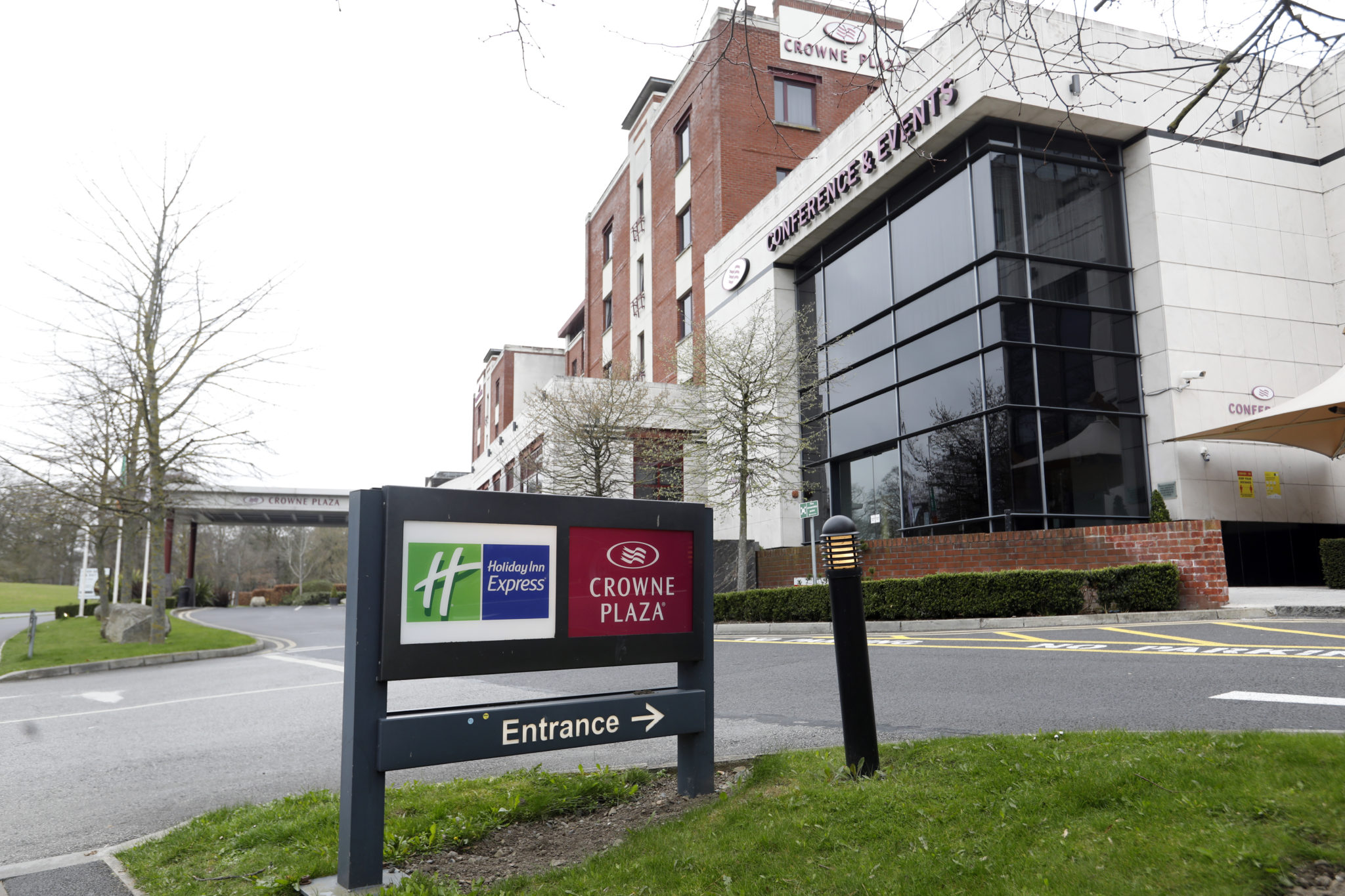 The Crowne Plaza and Holiday Inn Express hotels next to Dublin Airport. Picture by: Leon Farrell/RollingNews.ie

Defence Forces personnel will also be deployed to help support the system, and anyone who leaves hotel quarantine early will face a fine of up to €2,000.

But Eoghan told The Hard Shoulder it seems people transiting through other countries are still being left to their own devices.

"There's two flights that come from designated countries, they are the Emirates and the Etihad services, the rest will have transferred through another airport.

"And it's not quite clear: is it being left to the passenger - which I suspect it is - to declare that they've come from those countries.

"There is an important proviso here as well for people who have people coming from South Africa and Brazil - the two main non-European countries - but obviously Austria is quite a significant inclusion in that list.

"If you have not been in that country in the previous 14 days, you are now subject to the ordinary self-isolation we all must do when we arrive - and not the mandatory hotel quarantine.

"That gives the option of people who prefer not to camp down in Santry for their 14 day quarantine, to be able to do it in a transit country.

"Most people coming into Brazil from Ireland [sic] would come through Lisbon, for example".

But Eoghan added that the inclusion of transit passengers from the Middle East could have 'devastating' consequences.

"Everyone getting on an aircraft, and it's policed at the check-in desk, has to have a negative PCR test anyway.

"But that is one way in which people travelling from the designated countries has not come directly to Ireland to stay for a period in another country.

"One of the really unexpected things is that transit passengers are included - that will have devastating effects for two of our Asian flights.

"It means that the Emirates and the Etihad - all their passengers will now have to go through hotel [quarantine].

"If you've travelled from anywhere through Dubai to get to Ireland, or through Abu Dhabi, you're counted as if you've come from [there].

"It does raise huge questions for the two airlines in question: that even if they've only been in Dubai for two hours, they're regarded as coming from a red list country".