Around 10,000 Gardaí are expected to be equipped with mobile devices by the end of the year as p...

Around 10,000 Gardaí are expected to be equipped with mobile devices by the end of the year as part of the force's digital development.

The move is part of An Garda Síochána's mobility programme, which has transformed the roads policing division.

As part of the programme, which was first trialled in Limerick in 2019, officers use apps that allow them to check a vehicle's history and tax status.

Around 2,500 members use the devices on the frontline at the moment, with a further 2,500 being issued with new devices this week.

The use of mobile phones in policing in Ireland has been described as "a gamechanger" and "as the key driver of innovation".

Tim Willoughby, Head of Digital Services and Innovation at An Garda Síochána, told Tech Talk with Jess Kelly that officers can now scan the number plates on vehicles by using their phones.

However, with the new Garda Mobility App, which was launched this week, every Garda will now have the ability to be a data station.

"Part of the catalyst for this was also our reaction and delivery of our COVID solutions," he said.

"We had ideas before COVID hit but it's only now that we're actually able to deliver on it and we are changing, we've changed our desktop strategy."

He explained: "A frontline Garda will have a phone in their pocket when they're out and about, they'll be able to read number plates and scan number plates.

"When they're in the car, they'll be able to connect to the car and use its own connectivity and in the station, they can plug in and they'll have a screen and a keyboard and a mouse and it's the same device.

"So we don't have to keep providing different devices.

"We've added an additional 5,000 devices for people who aren't frontline, and all of those are capable of this technology." 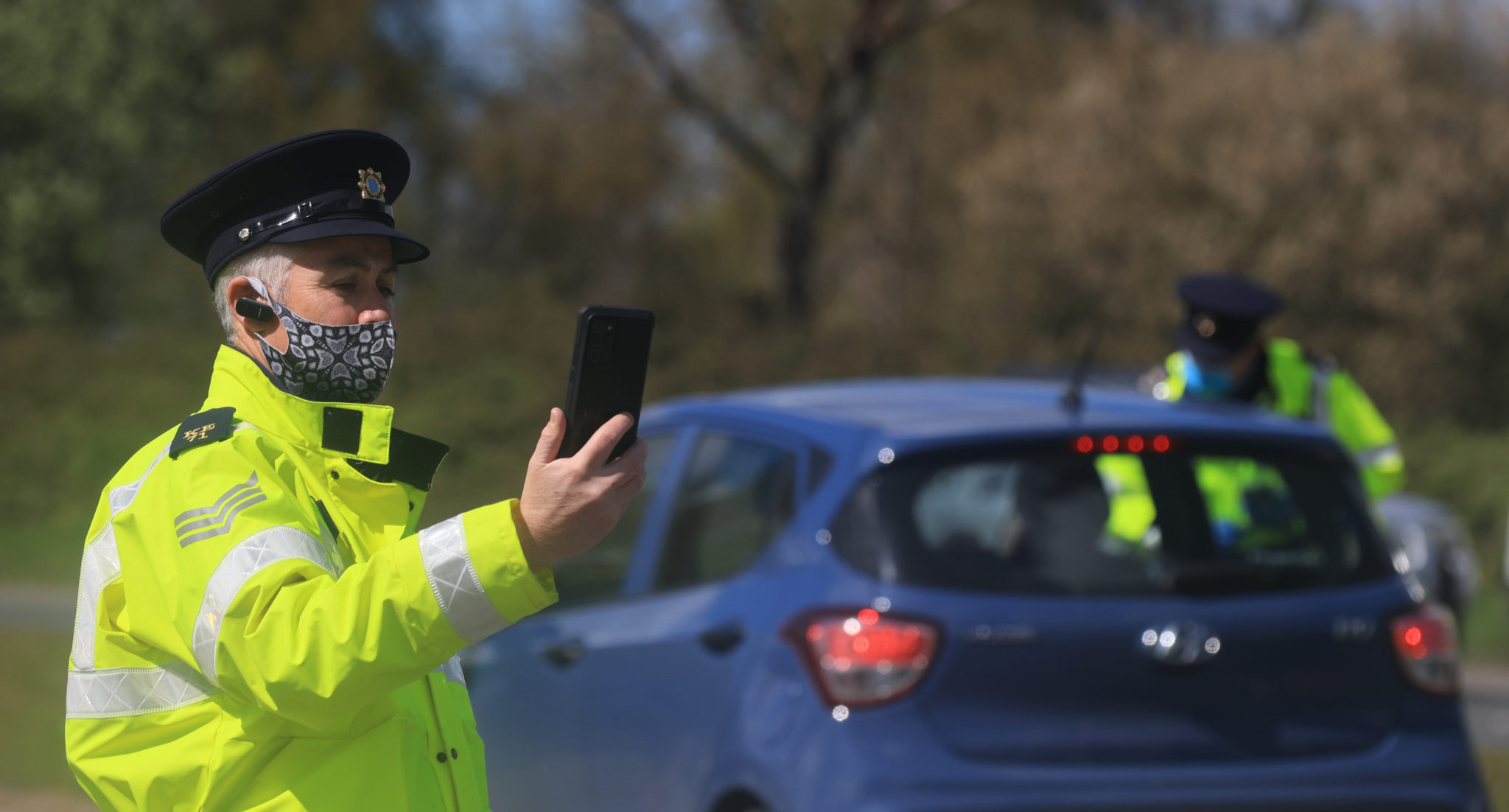 Gardaí at a checkpoint outside Naas, Co Kildare using smartphones running the new Garda Mobility App to detect whether cars are out of insurance. Picture by: Eamonn Farrell / RollingNews.ie

Mr Willoughby added that Gardaí have issued more than 100,000 tickets over the last 12 months using their mobile phones.

"We spend time interviewing the frontline, working with the frontline, and developing the apps to their needs, and the biggest evidence of that is the Fixed Charged Notices app," he said.

"We pushed it out at the end of June or early July to all of roads policy and since then we've 100,000 transactions."

Main image: Gardaí at a checkpoint outside Naas, Co Kildare using smartphones running the new Garda Mobility App to detect whether cars are out of insurance or tax. Picture by: Eamonn Farrell / RollingNews.ie

US reward for information on Kinahans is a 'game changer', says ex-Garda Commissioner

US imposes sanctions on the Kinahan cartel