Gardaí have issued more than 100,000 tickets over the last 12 months, using their mobile phones....

Gardaí have issued more than 100,000 tickets over the last 12 months, using their mobile phones.

It is part of the Garda Active Mobility Programme, which was first trialled in Limerick back in 2017.

Officers use apps that allow them to check a vehicle's history and tax status.

Newstalk's technology correspondent Jess Kelly told The Hard Shoulder this is a gamechanger.

"This has been described as the biggest change to policing in Ireland over the last 20 years.

"What's incredible is that it's the humble mobile phone that has been the key driver of this innovation.

"If you're diving around the country and see a Garda speed checkpoint, you'll notice a massive shift in terms of how the offences are logged and dealt with.

"It's not just about speed: using the same technology, you can check and scan for ANPR - Automatic Number Plate Recognition - that looks for things like tax and insurance, if a driver's been disqualified - that sort of thing".

The cost of the system has been put at around €15m.

Assistant Commissioner David Sheehan explained: "Really what we were trying to do was to bring real-time information into the hands of the Gardaí at the side of that road.

"That was going to allow them to make really informed decisions in respect of who they were dealing with at the side of that road.

"The ultimate goal for us at the time was to try and save lives on our roads, to make sure that the information that we were getting was true and informative, and also that was able to allow us make decisions.

He also said the process has now been made incredibly simple, and fast.

"There was people designated full-time to input them on to a computer. 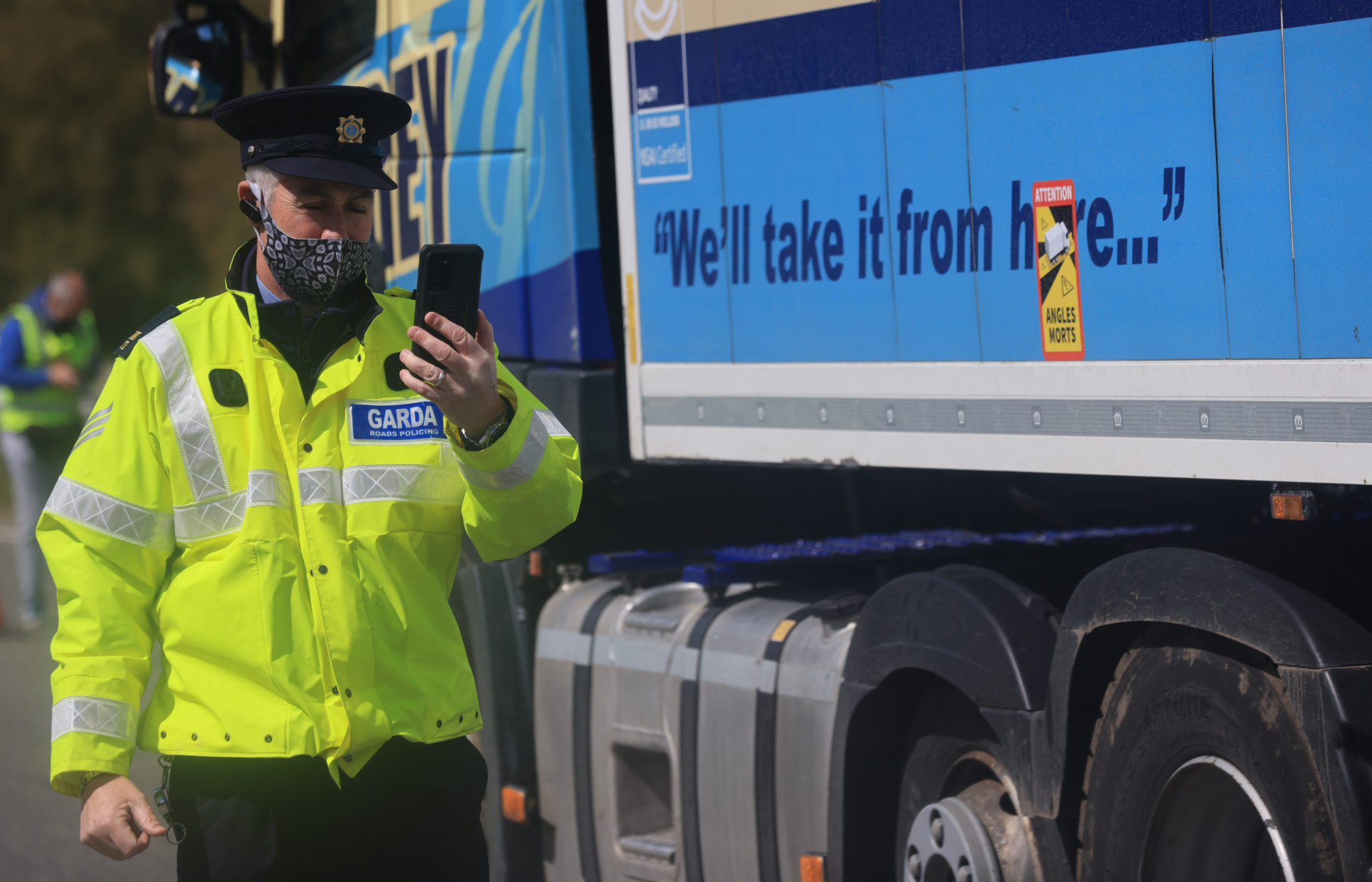 Gardaí at a checkpoint outside Naas, Co Kildare using smartphones running the new Garda Mobility App to detect whether cars are out of insurance or tax. Picture by: Eamonn Farrell / RollingNews.ie

"Then we moved forward then a small bit in the last couple of years, and we had the handheld.

"And the handheld was, I suppose, the first iteration of where we tried to do some of this digitally.

"There's no paper and there's no data inputting required.

"Heretofore it used to take up to 107 days for people to get their paperwork... if they were stopped speeding, or the likes of that.

"Whereas now they get it within three days".

Tim Willoughby is head of digital services and innovation at An Garda Síochána.

He said the phones are just like everyone else's, but far more secure

"We get a phone off the shelf, the same as anybody else.

"Our phones are slightly different in that as we're getting them off the shelf we're using a technology that as soon as we buy them, the identity of the phone is actually registered to An Garda Síochána.

"Even if a Guard looses a phone, or if somebody finds a phone and they try to get it unlocked, it self-identifies as a Garda phone.

"The next layer of security would be we're using a secure virtual private network.

"What that gives us is that our data is directly going into Garda Headquarters from the secure area.

"In our secure area, then, what we're also using is we have secure APIs into our Pulse system or into our fixed penalty charge system, and into all of our other backend systems".

Main image: Gardaí at a checkpoint outside Naas, Co Kildare using smartphones running the new Garda Mobility App to detect whether cars are out of insurance. Picture by: Eamonn Farrell / RollingNews.ie