Gardaí should not have taken details of protesters in Dublin, activists say

Activists say gardaí should not have taken the details of those who attended a protest in Dublin...

Gardaí should not have taken details of protesters in Dublin, activists say

Activists say gardaí should not have taken the details of those who attended a protest in Dublin today to mark the killing of Sarah Everard.

Several dozen attendees were protesting against gender-based violence, in the wake of the murder of 33-year-old Sarah Everard in London.

Those attending today's demonstration by the Spire on O'Connell Street attempted to stay two-metres apart, and all wore face masks.

However, gardaí still took details of those who attended due to restrictions around non-essential travel.

At the Dublin demonstration marking the killing of Sarah Everard.

A few dozen protestors here. Almost as many gards + media.

Gardai taking details of attendees, who could now be fined for breaches of non-essential travel. pic.twitter.com/5eHJ7hcmLF

Emma Quinn is an activist with ROSA, the feminist group which organised the demonstration today.

She said: "They're saying it's not essential, basically - we think it is essential.

"We think every aspect of women's lives are impacted by gender violence - on the street, in your workplace, in school, in healthcare.

"Women's health and lives are at risk - why is that not essential?" 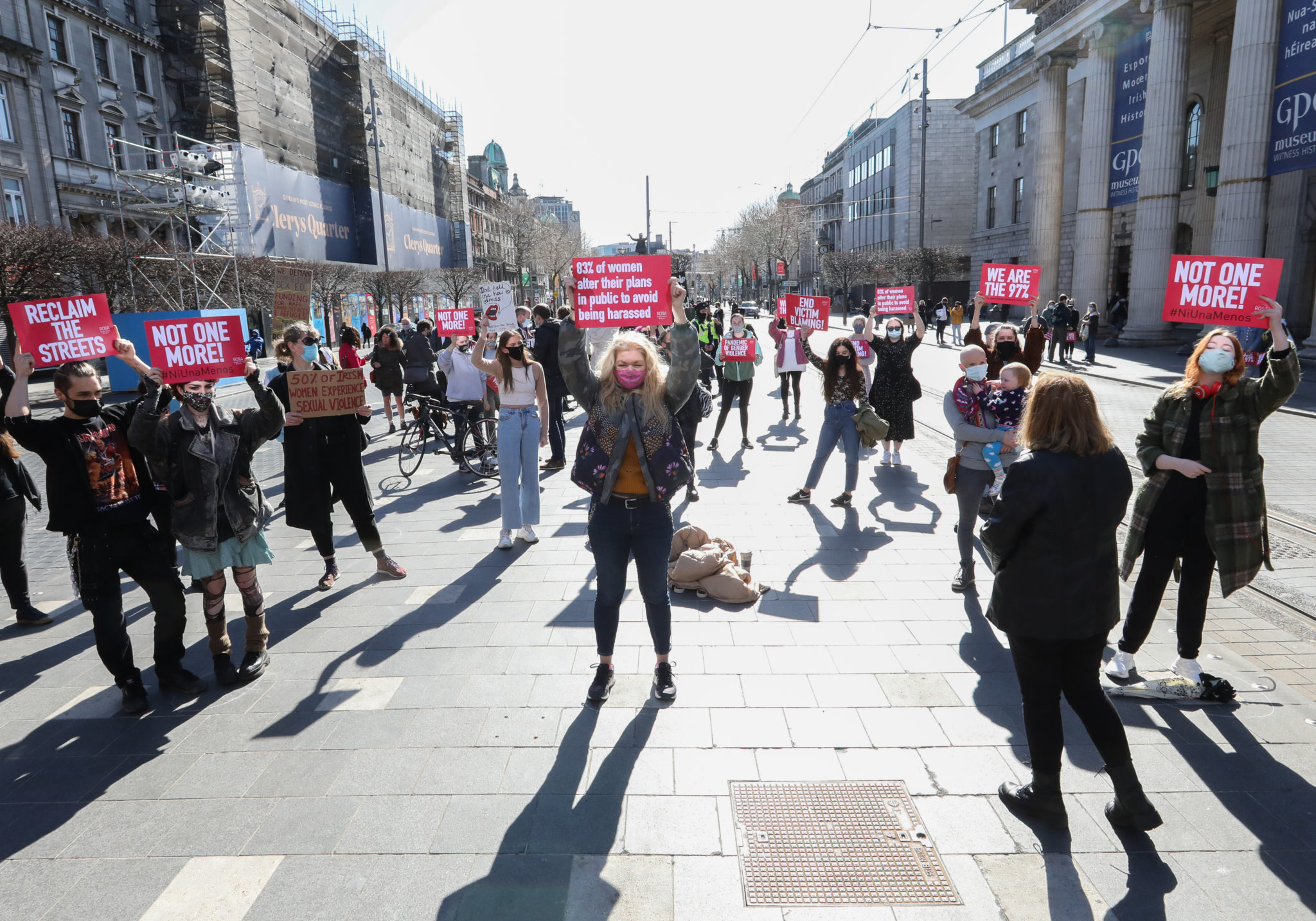 16/03/2021 Pictured today is a protest at the Spire in Dublin, organised by ROSA Social Feminist movement and Ruth Coppinger. Photograph: Sasko Lazarov / RollingNews.ie

She said: "We have the street marked out - this is one of the widest streets in the country.

"People are wearing facial coverings and social distancing. People are obviously being extremely safe - it's not a huge protest, and it's for a limited duration.

"Gardaí really should have better things to be doing."

The Dublin gathering was the first in a series of planned “Reclaim the Streets” demonstrations by ROSA.

Further protests are due to be held in Cork, Limerick and Galway on Thursday.