An Garda Síochána is introducing a working definition of a 'hate crime' as part of a Diversity and Integration Strategy.

The three-year strategy will have significant focus on enhancing reporting and investigation of hate crimes.

There will also be a strong emphasis on human rights as a foundation for providing policing services.

Diversity, integration and hate crime training will also be introduced within the force.

Gardaí say the hate crime definition recognises "the existing and emerging diverse composition of our communities, and aims to protect all minorities and diverse groups in society".

The definition of hate crime is: "Any criminal offence which is perceived by the victim or any other person to, in whole or in part, be motivated by hostility or prejudice, based on actual or perceived age, disability, race, colour, nationality, ethnicity, religion, sexual orientation or gender".

Garda Commissioner Drew Harris says: "Our Diversity and Integration Strategy reflects An Garda Síochána's strong commitment to engage proactively and respectfully with all members of society, including those from minority groups and diverse backgrounds.

"Our engagement will reflect our ethical standards and commitments as contained in the Code of Ethics for An Garda Síochána." 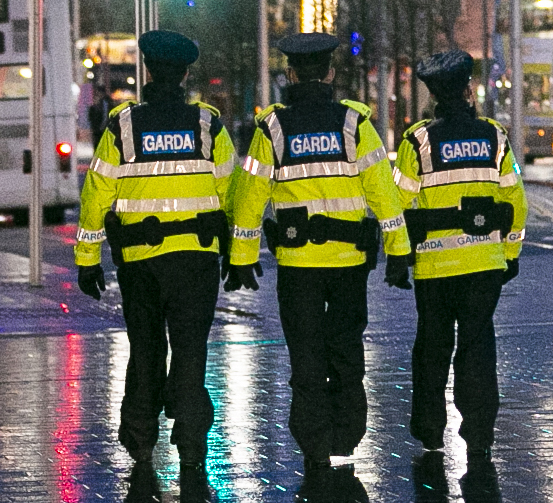 "The working hate crime definition recognises the existing and emerging diverse composition of our communities, and aims to protect all minorities and diverse groups in society.

"An Garda Síochána takes hate crime seriously, and each and every hate crime reported to us will be professionally investigated."

The strategy was developed following consultation with a wide-range of Government and State bodies, academics, NGOs and civil society organisations working in this area.

As part of the strategy, a Garda National Diversity Forum with representatives of communities and stakeholders will be established to monitor and review its implementation on a quarterly basis.

It will also see An Garda Síochána's network of Ethnic Liaison Officers upskilled, and given a wider remit.

An Garda Síochána was one of the first police services in Europe to establish a dedicated unit to liaise with minority communities in 2000.

Minister of State David Stanton has welcomed the launch of the strategy.

He says: "Actions such as this go to the heart of what is needed: concrete steps to ensure that all groups and communities in an increasingly diverse society have the confidence that they are respected, valued and safe."

The Department of Justice is currently reviewing the Prohibition of Incitement to Hatred Act 1989, to determine what amendments are required to ensure it is currently fit for purpose.

A public consultation on the Act is due to begin shortly.

The department is also undertaking research into hate crime, to learn from the experiences of other jurisdictions who have taken different legislative approaches.

Call for implementation of new system amid increase in uninsured vehicles