Fans will return at a number of sporting events this weekend with crowds of around 1,000 attendin...

Fans will return at a number of sporting events this weekend with crowds of around 1,000 attending three matches.

It is expected that 1,000 people will attend Shamrock Rovers' game with Finn Harps in Tallaght tonight, with fans also going to Cork City’s meeting with Cabinteely.

The events are the first of 16 pilot events taking place during June and July.

There will also be 100 people permitted to attend this weekend’s GAA fixtures.

It comes after Ireland's first live gig since the start of the pandemic took place in the Iveagh Gardens in Dublin last night.

Minister of State for Sport Jack Chambers said it will be "a really positive and exciting day ahead" with the trial games.

Speaking to Newstalk Breakfast, he explained how the "relatively low" number of fans permitted to attend the pilot matches will hopefully lead to a more "ambitious" return of spectators this summer.

"It's a different fan journey than people might be typically used to but it's to try and get fans back in as safe a way as possible," he said.

"We have a new fan journey and a new ticketing plan where fans' names are linked to the ticket and are named on the ticket they're assigned a specific seat.

"There's staggered entry and egress from the grounds and there's also zones on the ground where we try and segregate people."

Social distancing and mask-wearing will be implemented, and while there is no requirement for a negative COVID test upon entry, the Minister said the use of tests in the future would not be ruled out.

He added: "This is about getting the safe return, not only within the stadium, but also making sure the fan journey outside is safe and that's why we're having the staggered entry times and the staggered exit times so we avoid any congregation.

"Then we pool and evaluate those learnings so we can be really ambitious towards getting more fans back into stadiums during the summer.

"What we're trying to do is create a controlled environment where you maintain the integrity of the public health principles so that people can return in a safe way, that's mask-wearing, the avoidance of congregation, and ensuring that you mitigate as much risk as possible." 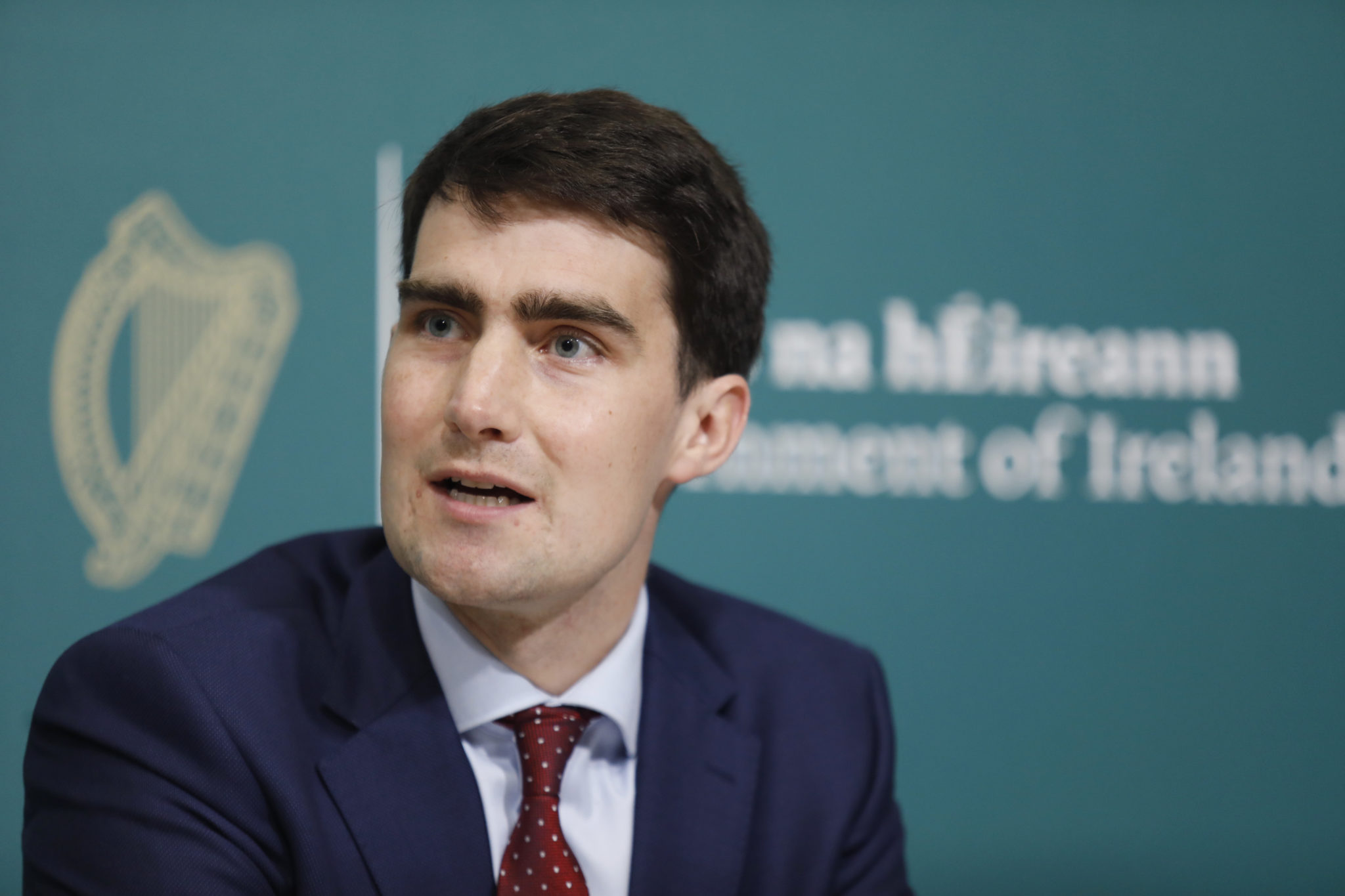 Minister Chambers said tonight's pilot events will start off with low numbers, with the three games at about 10% capacity, and that spectator numbers will be kept under review.

In the first matches, concessions such as food and drink will not be available to purchase, but he also believes that this could change in the future.

He continued: "In the guidelines, we're starting off without concessions or food and drink but we are ambitious around the return of spectators and getting many more.

"We're going to try and build on the 16 pilot events through July and August where we could be looking at up to 20% or 30% in a few weeks' time if everything goes well with the pilot events and then building on that through the autumn.

"With that and with the vaccination effect as well, I think we can be more open-minded about food and other concessions within the stadium."

The Fianna Fáil TD said tonight's return of spectators is "a stepping stone in returning the fan journey to as close as it would typically be as we all know it pre-COVID".

"I think it's important at the start just to make the fan journey itself safe and then build on that during the summer," he said.

He added "there could well be" 20,000 to 30,000 spectators at events such as the All Ireland finals in August if everything goes well.

"Who knows, it could be even more than that if we see the vaccination effect come into play and the numbers are really suppressed," he said.