Energy crisis: Opponents of turf cutting 'not living in the real world'

Opponents say the ban comes at the worst possible time.

Energy crisis: Opponents of turf cutting 'not living in the real world'

Opponents of turf cutting have been accused of “not living in the real world” as winter approaches and energy bills surge eye wateringly upwards.

Following months of debate and pushback from rural TDs, a retail ban on turf and smoky coal was introduced by Environment Minister Eamon Ryan, who says the ban is needed in order to improve air quality and reduce Ireland’s carbon emissions.

However, opponents say the ban comes at the worst possible time:

“In talking to the fuel merchants around the country in the line of timber and coal, they are telling me that there’s a huge number of calls at the moment of concern.

“Because there’s a fear out there at the moment that if the lights go out, obviously you need something to keep you warm and those are the only obvious choices.” 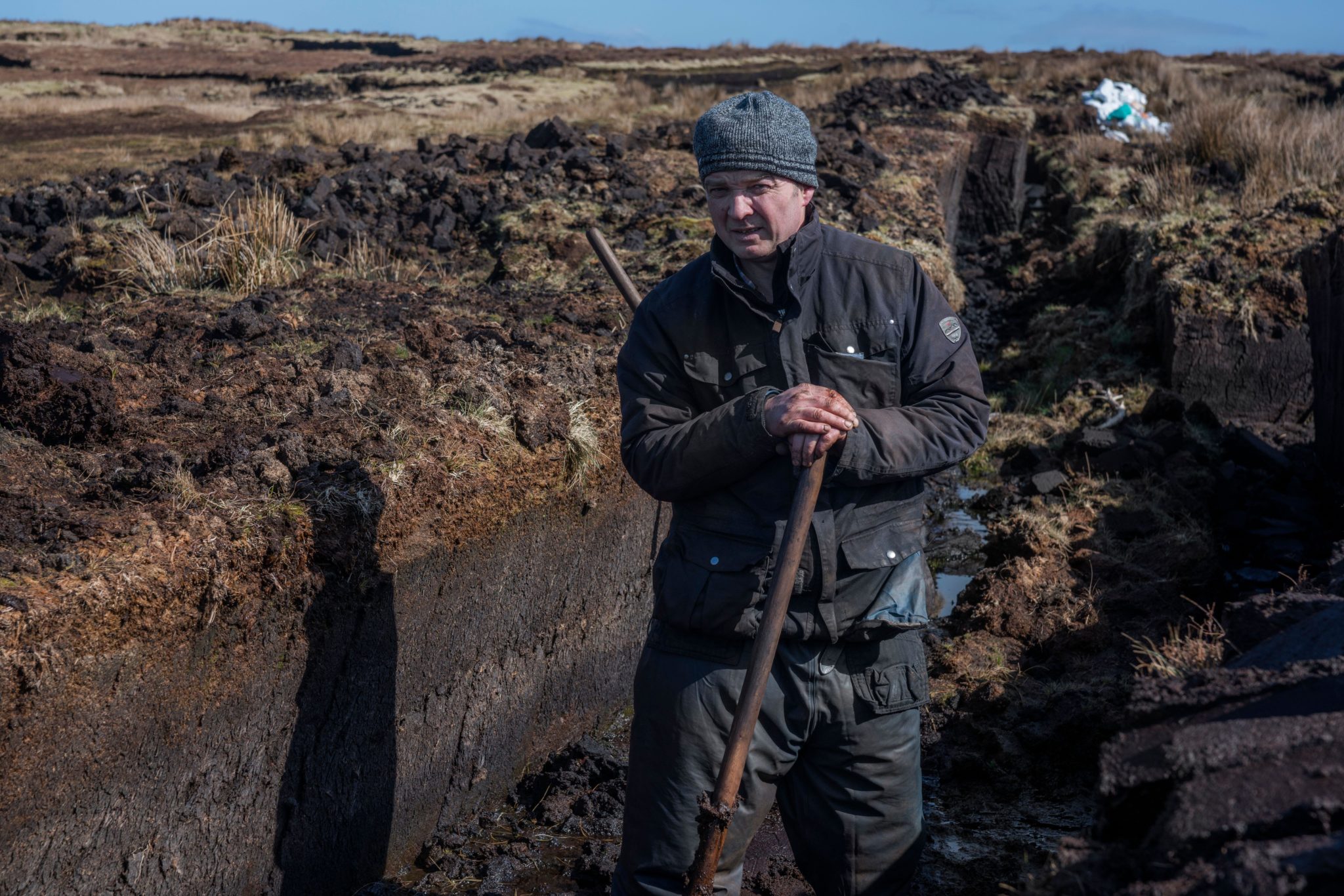 A turf cutter, cutting sods of turf with a slean.

He also said that in the current crisis “it is very important that a politician puts their people first.”

“The first thing we need to do is keep people warm and keep electricity with them and also keep food on the table,” he added.

However, environmentalist John Gibbons described turf cutting as a “hell of a way to put fuel on the fire”, noting the record temperatures recorded across Europe this summer.

“A typical hectare of intact bog draws down and holds ten times more carbon than the equivalent hectare of rainforest,” he said.

“So our bogs are fantastic carbon sinks and it is an act of environmental vandalism of the highest order - especially a public representative - in the middle of a climate emergency to be suggesting that we destroy our bogs, the bogs that we depend upon.”

The retail ban on smoky coal and turf comes into effect on 31st October.