A milestone report from the United Nations is to warn a 1.5° rise in the Earth's temperature wil...

A milestone report from the United Nations is to warn a 1.5° rise in the Earth's temperature will be reached 10 years earlier than expected.

The Intergovernmental Panel on Climate Change (IPCC) findings, to be released on Monday, are expected to be damning and are being described by experts as a wake up call for governments across the world.

The IPCC is the UN's climate change body.

It comes as wildfires are raging across Greece and threatening the site of Ancient Olympia.

David Wallace-Wells is author of The Uninhabitable Earth and editor-at-large at New York Magazine.

He told On The Record this report is unlikely to be as shocking as future ones.

"This one that's coming out on Monday is the first installment of the next big comprehensive report.

"It's issued in parts, and this one actually I think is going to be a little less dramatic and less exciting than the ones that follow.

"It's about what the scientists know about the state of the planet today.

"There are several eye-opening and very important findings in it - but for people who have been following the state of climate science for a while, I don't think it's likely to dramatically change their view of the state of things". 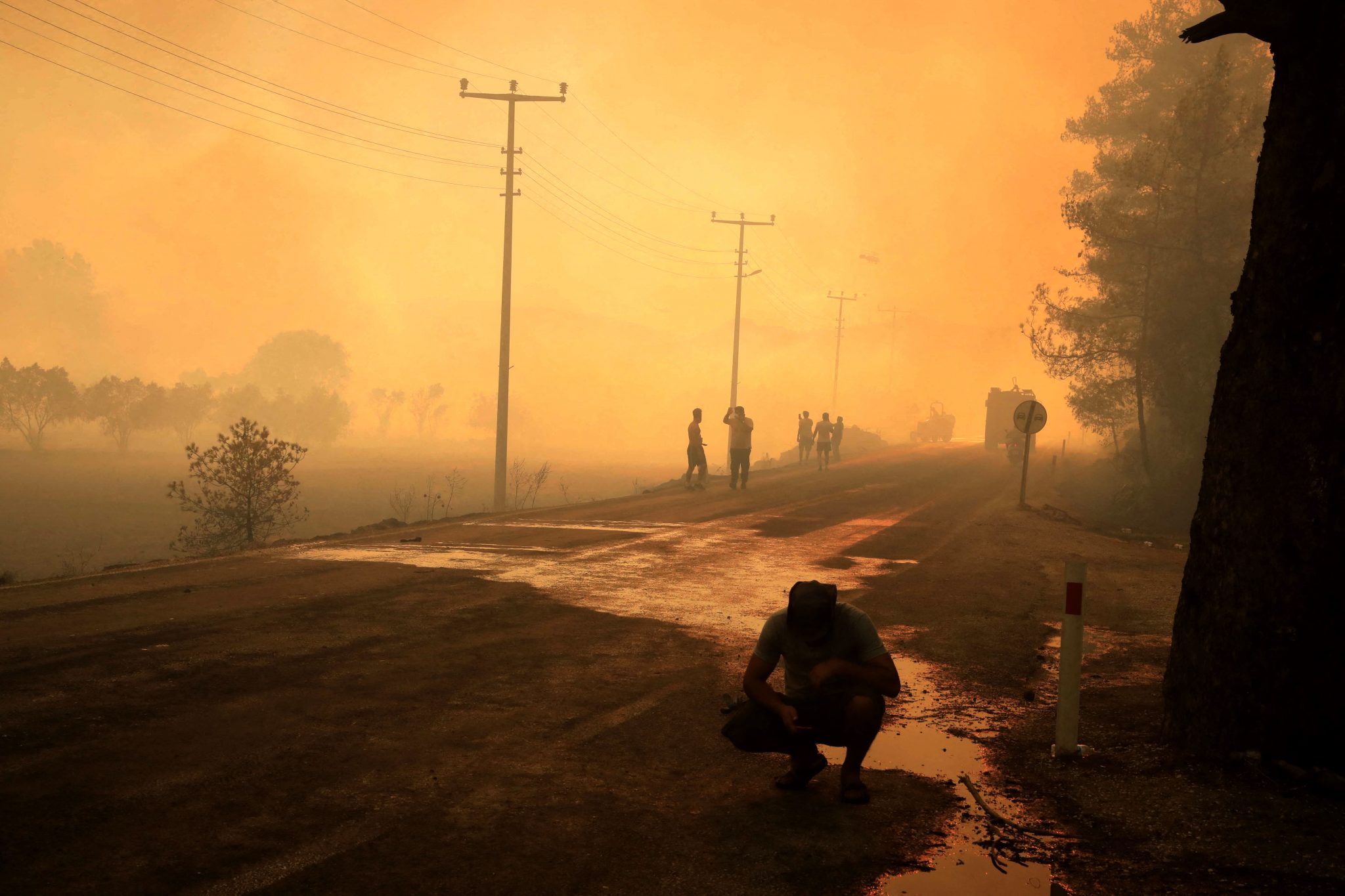 Teams working to contain forest fires that started in the Manavgat district of Antalya, Turkey. Picture by: Depo Photos/ABACA/ABACA/PA Images

'A new set of climate conditions'

He says the shifts mean climate conditions have completely changed.

"We are already warmer than the planet has ever been in the entire history of human civilisation, which means the climate that gave rise to everything we know of as history - agriculture, politics, modern culture, Hollywood, pop music - all of that is the result of climate conditions that we've already left behind and we're never going to recover.

"It's like we've landed on a new planet with a new set of climate conditions, that's where we are today at 1.2 [temperature increase].

"1.5 has long been described as the sort of target, the hope that we could limit warming to that level.

"Scientists worry that letting warming continue past that, up to 2°, would bring what they've often called a catastrophic level of impacts.

"Island nations of the world have called it 'genocide'.

"And what it means to be achieving 1.5 earlier than we expected is ultimately that we have a lot less time to decarbonise and stabilise the Earth planet [sic] before we get to two.

"We're moving much faster into the danger zone than we thought that we were.

"Even the emissions scenarios that were designed to give us a guide for how we could stay blow 1.5°, even in that emission scenario they expect that we will breach 1.5° in the early 2030s".

And David says no one solution alone can undo these damages.

"There's not a single, silver bullet solution to climate change - we need to rapidly transition our energy systems to renewable energy.

"But we can't wait on that development to happen, and we can't count on carbon removal to save us.

"The problem is just too big to solve in any one way: we have to throw everything at it we can".

Main image: A home burns on Highway 89 in the US state of California on August 5th, 2021. Picture by: Sacramento Bee/TNS/ABACA/ABACA/PA Images