A volunteer firefighter has been killed and thousands of people have been evacuated from an islan...

A volunteer firefighter has been killed and thousands of people have been evacuated from an island near Athens as wildfires rage in Greece.

"Over the past few days we have been facing a situation without precedent in our country, in the intensity and wide distribution of the wildfires, and the new outbreaks all over (Greece)," he said. 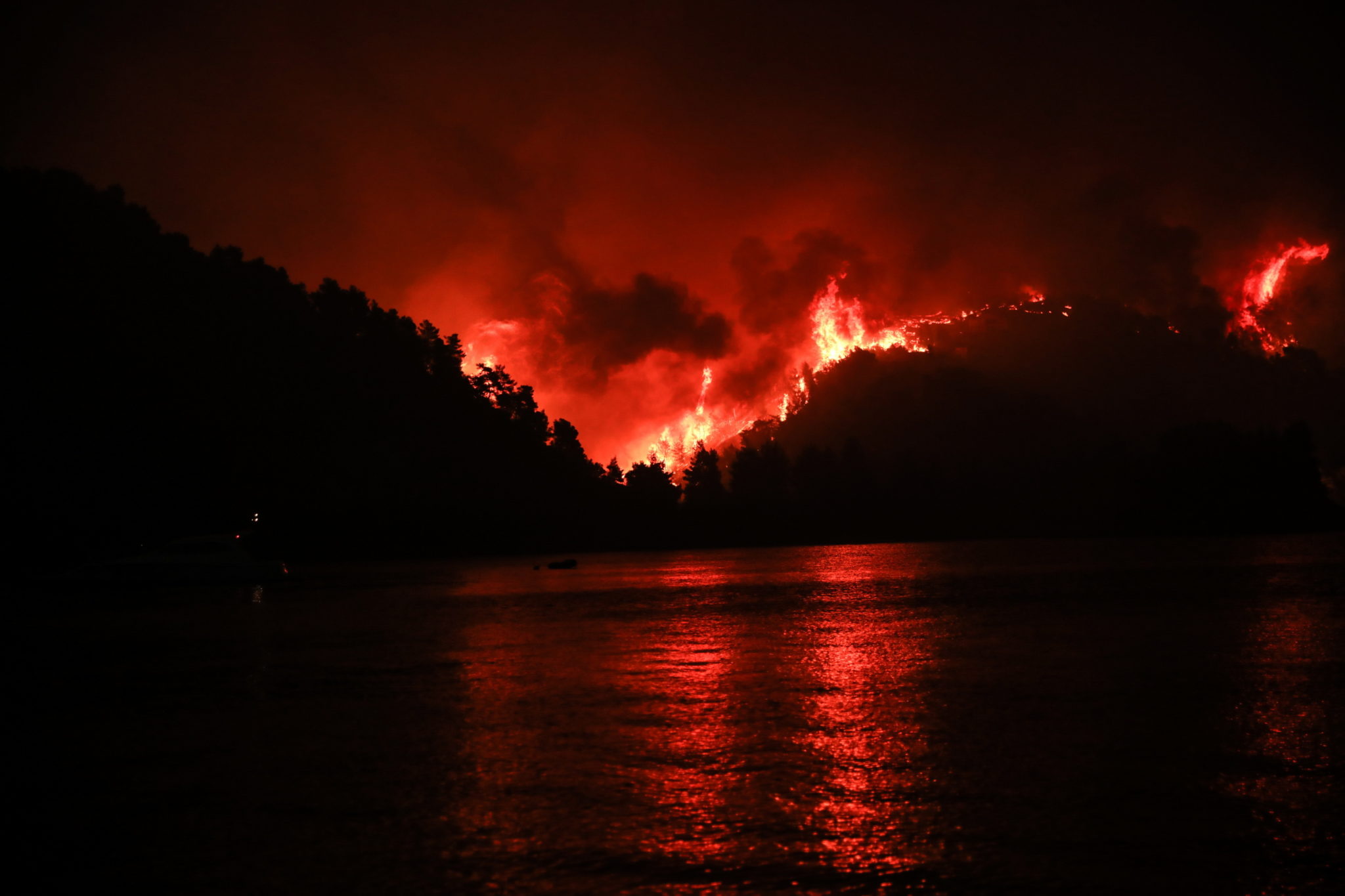 People leave the village of Limni in Greece to be saved from the fire by ferry boat. Picture by: Eurokinissi/Zuma Press/PA Images

Evacuation orders were issued for dozens of villages on the mainland and the nearby island of Evia, as well as outlying settlements on the forested fringes of Athens.

Homes and businesses have been destroyed, although authorities have been unable yet to provide detailed figures for how widespread the damage is.

Shifting winds and new flashpoints on Friday afternoon caused the blazes outside Athens and Evia to repeatedly change direction, in some cases returning to threaten areas that had narrowly escaped destruction earlier this week.

The firefighter died after a falling utility pole hit his head near Athens, officials said.

In a tweet, Foreign Minister Simon Coveney says Ireland stands with Greece and all those affected.

Ireland 🇮🇪 expresses its solidarity with Greece 🇬🇷 and its people who are dealing with serious forest fires. Our thoughts are with all those affected by the fires in #Greece and all over Southern Europe. @NikosDendias @GreeceMFA

"Ireland expresses its solidarity with Greece and its people who are dealing with serious forest fires.

"Our thoughts are with all those affected by the fires in Greece and all over Southern Europe", he says.

At least 20 people have needed hospital treatment across Greece. The causes of the fires are under investigation.

Police said the suspect detained north of Athens allegedly lit fires in three separate areas in a neighbourhood ravaged by the large blaze, which first broke out Tuesday. 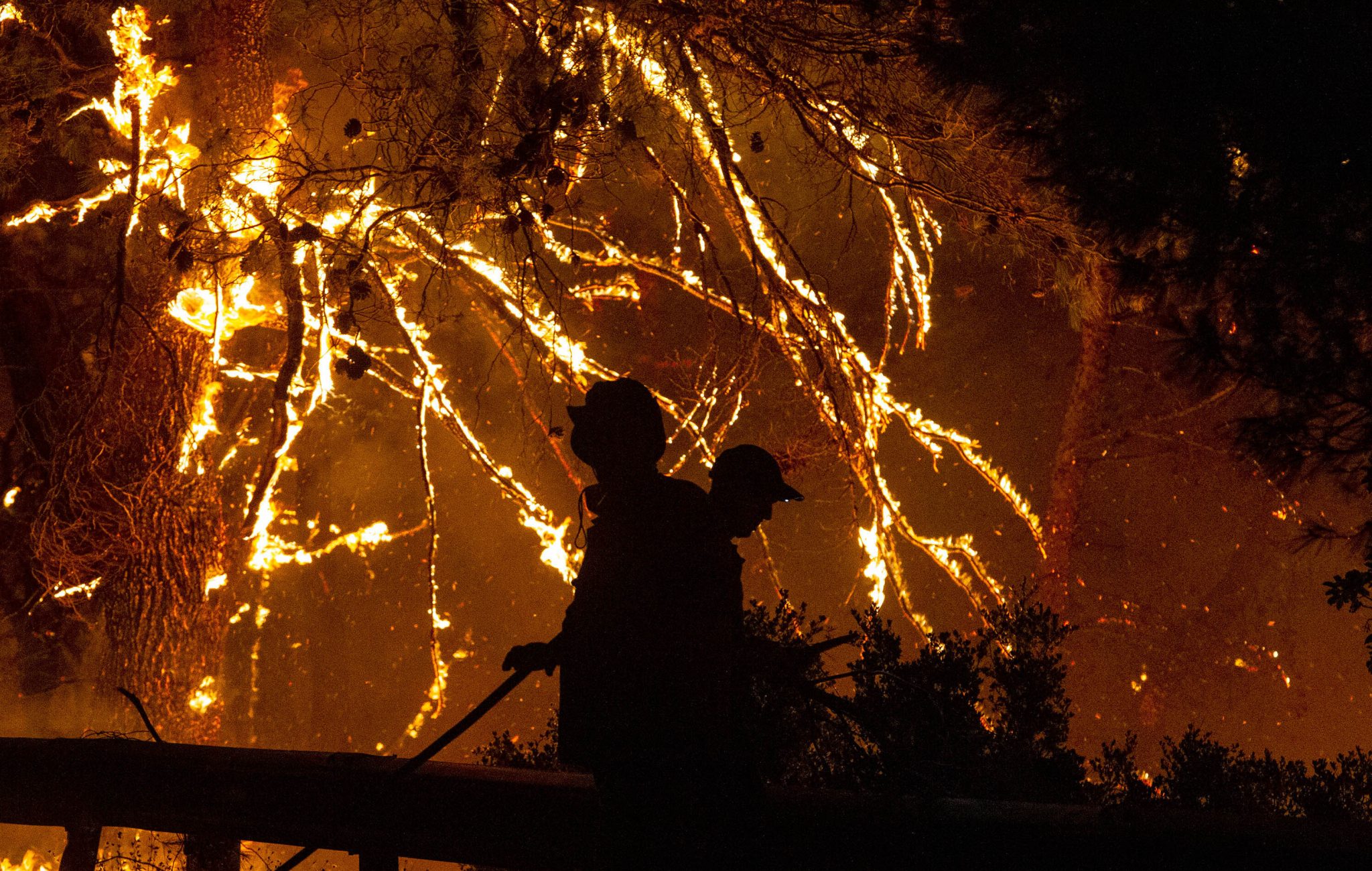 In the village of Limni on Evia, residents and holidaymakers were ushered to the harbour after all other means of leaving were cut off by flames.

"We're talking about the apocalypse, I don't know how to describe it," Sotiris Danikas, head of the coast guard in the town of Aidipsos, Evia, told state broadcaster ERT.

In Turkey, authorities evacuated six more neighbourhoods near the Mugla province town of Milas as a wildfire burned some five kilometres from a power plant.

Two other neighbourhoods were also evacuated as a precaution later in the day, as another fire spread from Yatagan, in Mugla.

At least 36,000 people were evacuated to safety in Mugla province, officials said, and eight people have died in the past 10 days.