Fine Gael's Paschal Donohoe has said Leo Varadkar will continue as leader of his party. Under par...

Fine Gael's Paschal Donohoe has said Leo Varadkar will continue as leader of his party.

Under party rules, Mr Varadkar must put himself up for re-election to the leadership post.

The Fine Gael leader must submit to a vote of confidence of the parliamentary party if, after a general election, the party is not forming or joining in the formation of a government.

If the leader fails to secure a majority they must resign.

Mr Donohoe told Pat Kenny: "My strong view is that when Leo puts himself forward for that process - which is a requirement of our party rules - that he will continue on as party leader."

He also said he would "absolutely" support Mr Varadkar.

"I think the learnings that we have from our time in government, and how we performed as a party are ones that are very deep.

"And I am strongly of the view that Leo as party leader will be able to take us forward into the next phase of our development - either in government or if it's not in government, in opposition".

"Their performance today is exceptional in many different regards - though the final verdict on the impact of Sinn Féin in this phase of Irish politics of course depends on what they can actually deliver". 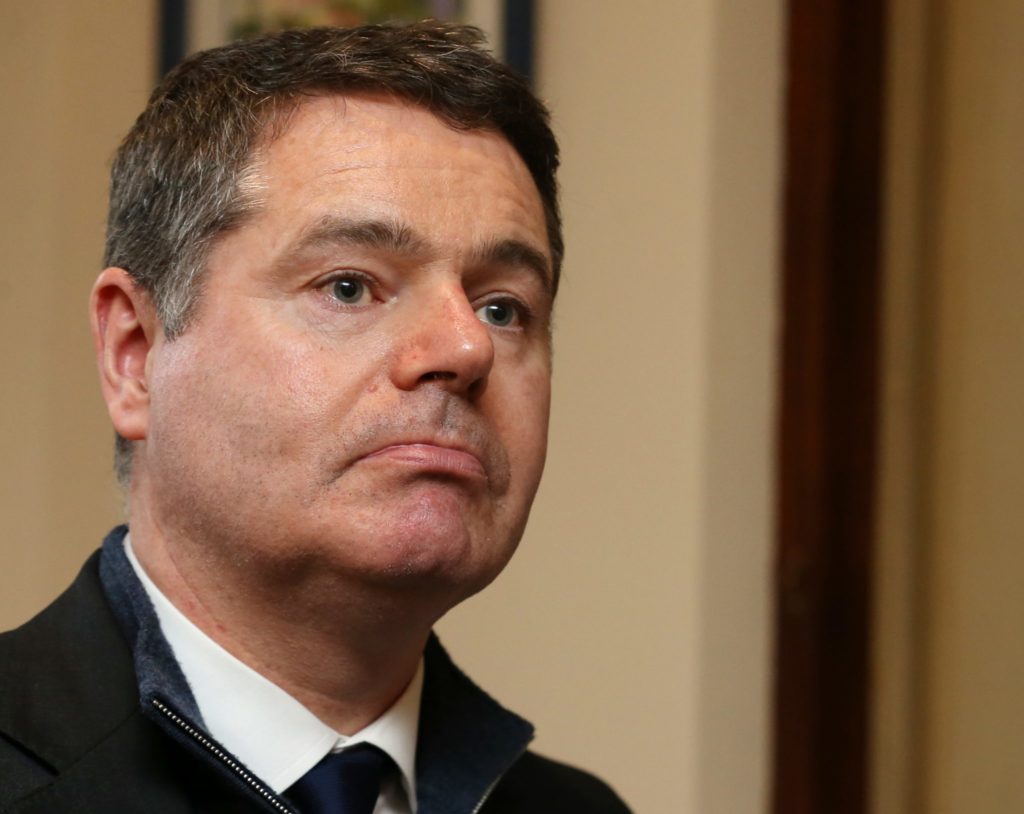 He also said government formation will be "demanding and complex".

"But as we enter into that similar phase, around 450,000 people voted for Fine Gael - and we want to offer them voice while also reflecting on those who did not vote for us".

"We are a party of the centre, we believe that an economy can be made work for all.

But for many who saw our performance in government, who decided not to vote for us, they believed that we were a party of the status quo -and we need to think about that".

Richmond: Fine Gael 'will probably be in opposition'