Counting has resumed in count centres across the country, as political parties pick over the elec...

Counting has resumed in count centres across the country, as political parties pick over the election result.

Sinn Féin has won the election but is still likely to end up behind Fianna Fáil in terms of seats.

Almost half the Dáil has been filled as counting continues across the country.

The trends are clear: a big win for Sinn Féin, with it looking like 36 or 37 seats are on the cards.

Fianna Fáil is going to end up somewhere in the low-to-mid 40s.

While Fine Gael is seemingly going to be in the 30s and could be behind Sinn Féin when all the votes are counted. 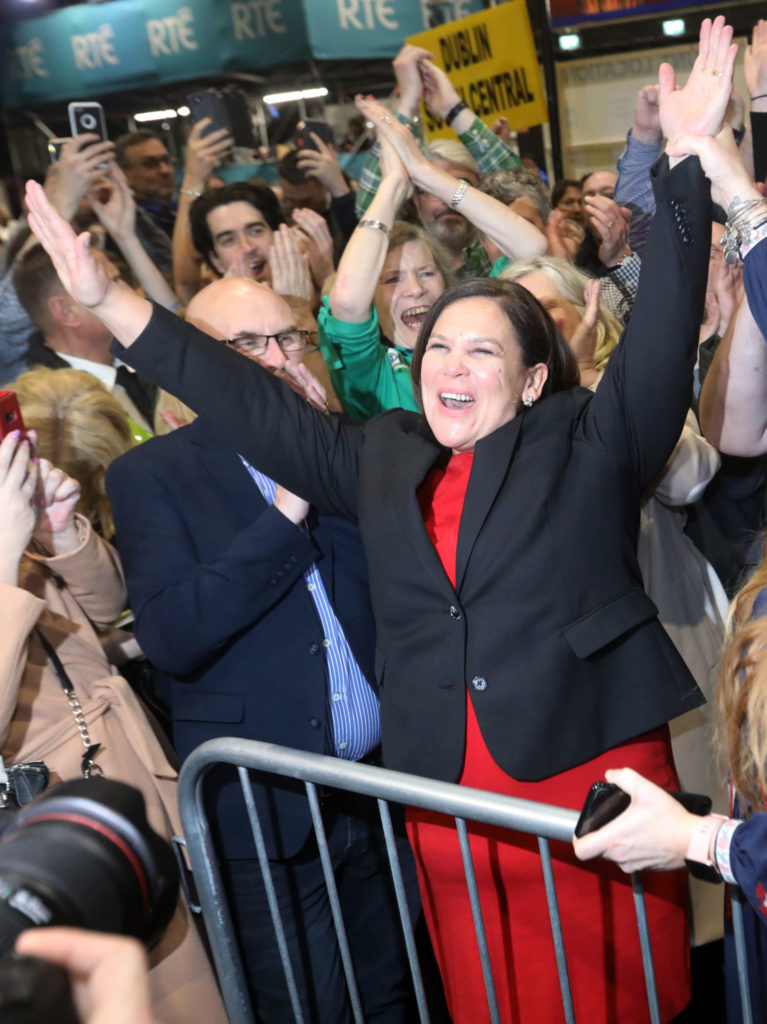 In Kerry, Michael Healy-Rae topped the poll on Sunday night, and will be joined in the Dáil by Sinn Féin's Pa Daly.

Verona Murphy is on course to become only the second women in 99 years to be elected a TD for Wexford.

The independent candidate is sitting fourth in the five seat constituency.

In Roscommon-Galway Independent TDs Michael Fitzmaurice and Denis Naughten have been elected, but the final seat will not be filled until this afternoon. 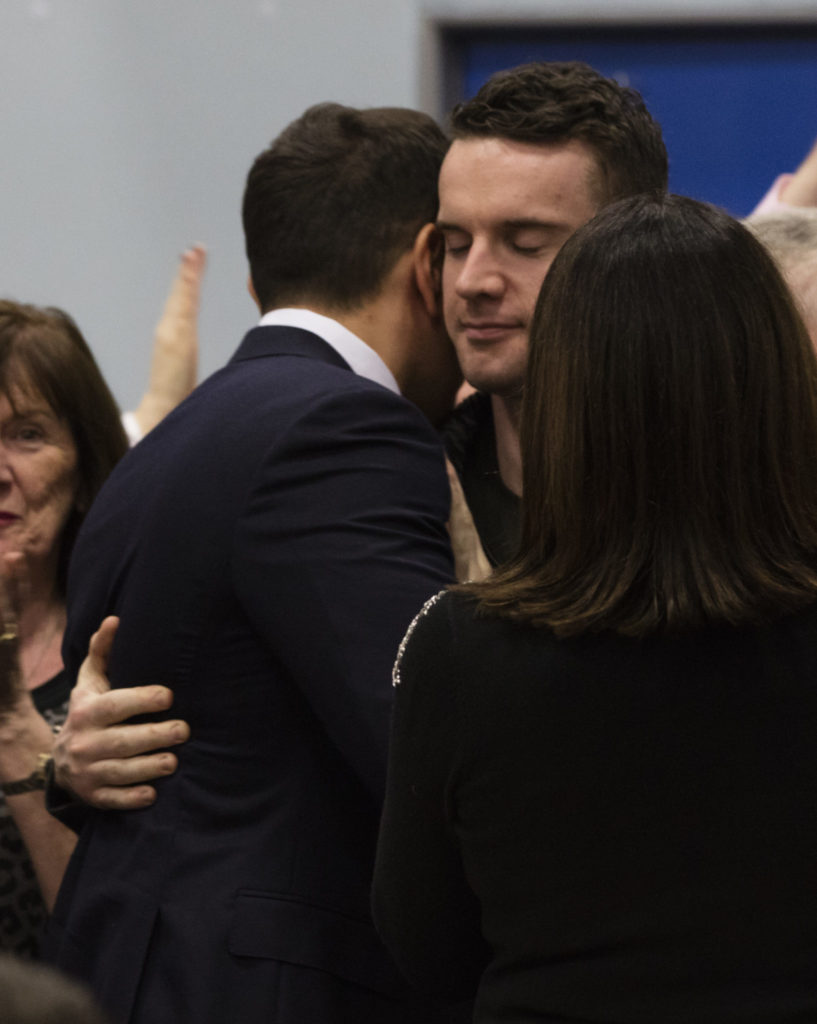 Taoiseach Leo Varadkar is congratulated by his partner Matthew Barrett, after he was elected on the fifth count in Dublin | Image: Eamonn Farrell/RollingNews.ie

And in Carlow-Kilkenny, Fianna Fáil's John McGuinness was re-elected overnight on the sixth count.

On first preference votes this is Fine Gael's worst ever election statistically.

The party has endured some high-profile losses.

Labour's Joan Burton, Fianna Fáil's Lisa Chambers and Solidarity's Ruth Coppinger have all lost their seats in a bad day for female candidates.

Sinn Féin leader Mary Lou McDonald insists she will talk to all parties when it comes to forming a new government.

But Taosieach Leo Varadkar insists he intends to stand by the party's commitment not to enter into coalition with Sinn Féin.