The use of digital banking in Ireland is set to overtake direct debits this year.

That's according to new data from the Banking & Payments Federation Ireland (BPFI).

Figures also show 2.5 million contactless payments were made per day in Ireland in the first quarter of the year.

This was the second highest daily contactless spend in any quarter. 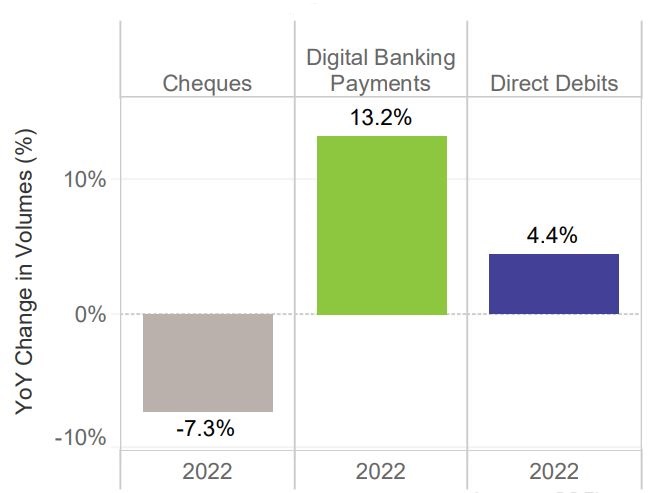 Gillian Byrne, head of payments at BPFI, says: "As consumers continued to reduce their reliance on cash and cheques, online and mobile banking (digital banking) payment volumes grew by 13.2% year on year to 34.3 million payments in Q1 2022.

"This was the second highest level recorded since BPFI began collecting this data in 2016, after Q4 2021.

"In fact, digital banking now looks set to overtake direct debits during 2022, even though direct debit volumes increased by 4.4% year on year to 35.5 million.

"Cheque payments meanwhile hit a new quarterly low at only 4.5 million, which was about half the volume seen in Q1 2018", she adds.

Main image: A woman pays in a butchers with a contactless credit card in December 2012. Picture by: zixia / Alamy Stock Photo