The sister of helicopter pilot Dara Fitzpatrick says she still grieves about the death of her sib...

The sister of helicopter pilot Dara Fitzpatrick says she still grieves about the death of her sibling, but she now does so in a way "that allows me to live".

Psychologist Niamh Fitzpatrick has released a book about her experiences of loss, which she wrote in a bid to describe her "lived experience of grief" in a way that wasn't just academic.

Captain Dara Fitzpatrick was one of four crew members on the Rescue 116 Coast Guard helicopter who lost their lives in a crash off the Mayo coast in March 2017.

Over three years later after the tragic loss of her sister, Niamh says she's doing well - but getting there took time and effort.

She told Newstalk Breakfast with Susan Keogh: “It does take time, and not just time: you have to work with that time. I don’t believe this ‘time is a healer’ thing… I don’t buy that. It’s not that simple

“But I think it’s lovely for someone to know in that two or three years afterwards, you can be a version of OK.

"You can live and love and enjoy life in a way that in those early days you thought you might never do again."

Niamh said she initially started writing notes on her phone on the day Dara died "just to empty out of my head some of the horrors of what was going on".

It wasn't until later that the idea of writing a book came up - an opportunity she has used to share her lived experience, as well as to reach a 'community of grievers' who are going through the same thing.

She said: “I needed to bring grief to life. I needed to make it more than just something academic.

“It is my personal story of loss… but there are universal truths in the book about grief. It’s everybody’s story of grief and loss."

'We grow our life around the grief'

Niamh said it's important to accept the loss of a loved one, as no wishing is going to bring them back. 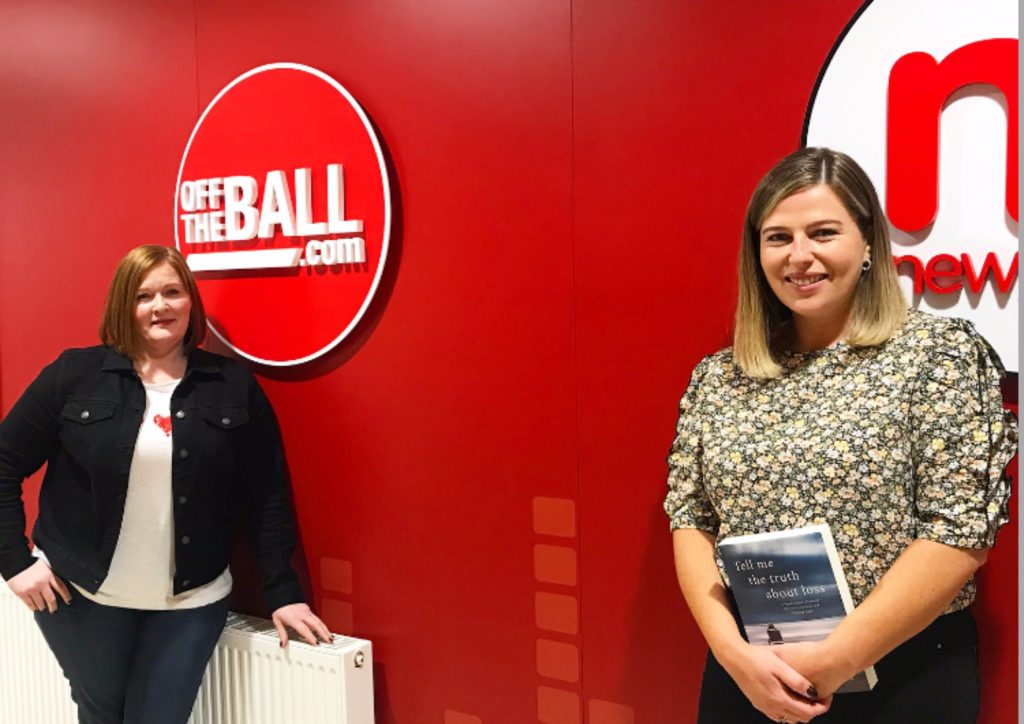 She said everybody will have a different experience, but for her some of the hardest moments of loss were the ones that helped her accept it.

She said: “Seeing Dara that first night in the coffin was truly awful… seeing her before the coffin was closed… I don’t want to see it again in my head. But we need it psychologically.

“About a year after Dara died - and I never knew this - I woke up and my phone had a message in every WhatsApp group I was in with Dara, saying ‘Dara has left the group’. That was awful… but it’s another little piece that says they’re not coming back."

Niamh said she still grieves the loss of her sister, but does so in a way that allows her to live her life.

“We grow our life around the grief - you don’t leave the grief behind you."

Dara left behind a young son, and Niamh said that when she hugs him she's hugging him for her sister as well.

"What a waste that would be if I didn’t take that life and live that life."

Niamh's book - Tell Me The Truth About Loss: A Psychologist’s Personal Story of Loss, Grief and Finding Hope - is out now.