Nearly 10,500 beds have been sourced in serviced accommodation - such as hotels

The Cabinet has been told there could be a shortage of accommodation for Ukrainian refugees by the end of April.

Latest data indicates the total number of arrivals from Ukraine was 24,438 as of April 19th.

While 16,128 people have sought accommodation from the State.

Numbers arriving have fallen over the last week, due to flights being pre-booked for Easter holidays.

But it is expected numbers will increase again following the holiday period.

Arrivals were higher for the weekdays, peaking at 465 on the April 12th, but falling over Easter to lower the seven-day average to 309.

Based on 400 arrivals per day, with a minimum of 75% and a maximum of 100% seeking accommodation until the end of June:

While there are currently over 1,271 people in emergency beds, out of a total of 2,325 available through local authorities, if required.

Cork's Millstreet Arena is expected to take in its first arrivals shortly, which has a capacity for 320 people.

While contingency plans "remain in place" for centres such as CityWest and Gormanstown Camp.

Nearly 10,500 beds have been sourced in serviced accommodation - such as hotels - around the country.

The Department of Social Protection says it has allocated 24,201 PPS numbers to displaced people from Ukraine.

For Ukrainian arrivals in temporary accommodation, the HSE is providing GP and primary care services - and referrals to specialist services as needed such as maternity, disability or other services. 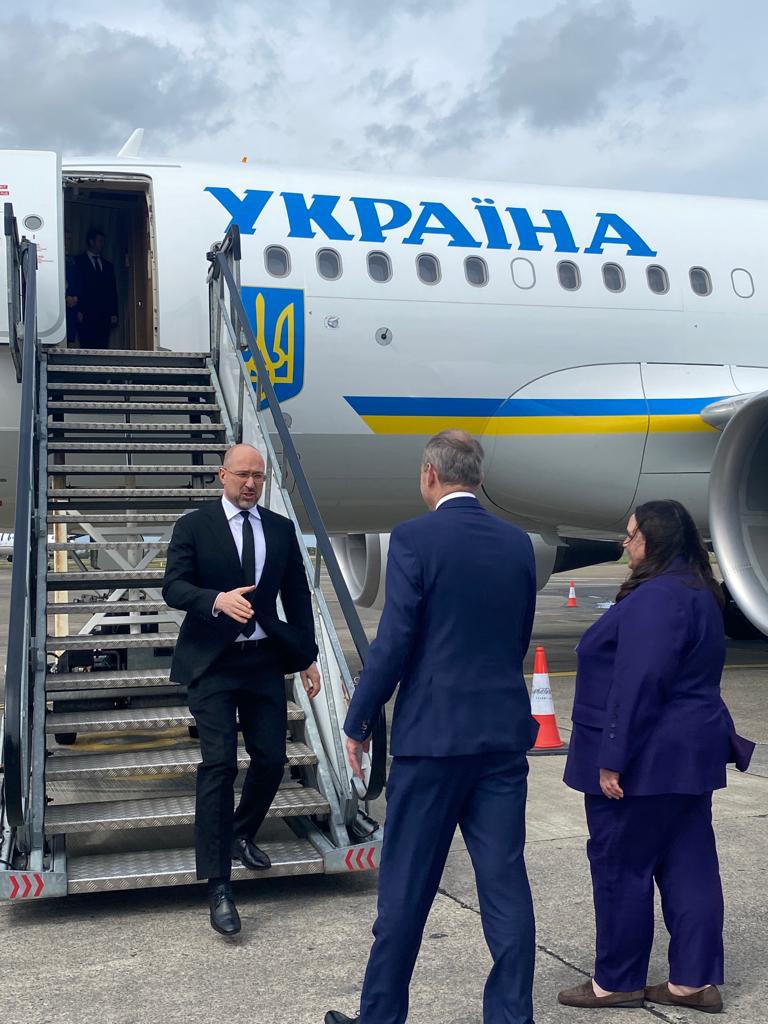 Ukrainian Prime Minister Denys Shmyhal and Taoiseach Micheál Martin greet each other at Shannon Airport. Picture by: Department of the Taoiseach

The two leaders discussed the ongoing war and humanitarian crisis in Ukraine.

Mr Martin said he was given a first-hand account of events in Ukraine.

"Very clearly the strategy of the Putin regime is not just in terms of killing people, but also causing huge international instability around energy and around food.

"So for example, the largest grain silos in Ukraine have all been levelled.

"So there's a very clear, strategic objective there to create a food crisis on top of the energy crisis that has been created - as well as raging an immoral and unjust war on Ukraine itself."

Main image: People in the town of Bantry - including Svitlana Surzhyk and her son Artem Nikolenko, who recently fled Ukraine, hold a Ukrainian flag during its 2022 St Patrick's Day parade on March 17th. Picture by: AG News / Alamy Stock Photo