Putin 'deliberately trying to bomb people out of Ukraine' - Taoiseach

Putin 'deliberately trying to bomb people out of Ukraine' - Taoiseach

The Taoiseach says Russian President Vladimir Putin is deliberately trying to bomb people out of Ukraine to create a refugee crisis.

Micheál Martin was speaking after he met Ukrainian Prime Minister Denys Shmyhal for over an hour at Shannon Airport on Wednesday.

The two leaders discussed the ongoing war and humanitarian crisis in Ukraine.

Mr Shmyhal had a stopover on his way to Washington DC for a series of meetings, including with financial institutions. 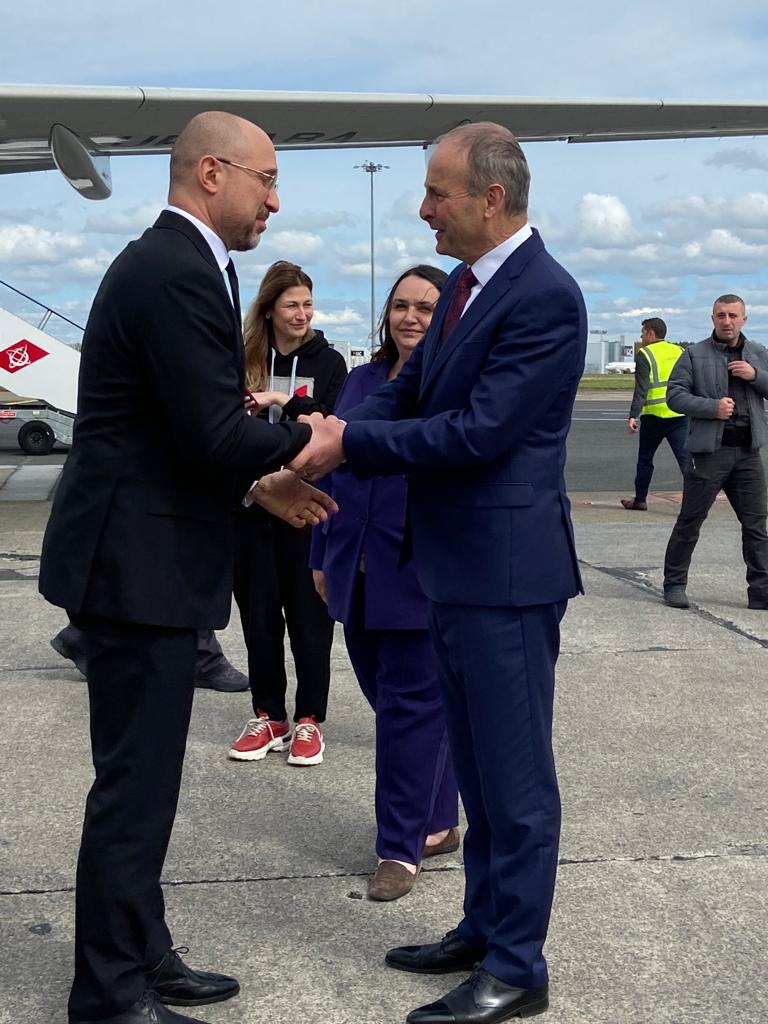 Ukrainian Prime Minister Denys Shmyhal and Taoiseach Micheál Martin greet each other at Shannon Airport. Picture by: Department of the Taoiseach

Mr Martin says he was given a first-hand account of events in Ukraine.

"Very clearly the strategy of the Putin regime is not just in terms of killing people, but also causing huge international instability around energy and around food.

"So for example, the largest grain silos in Ukraine have all been levelled.

"So there's a very clear, strategic objective there to create a food crisis on top of the energy crisis that has been created - as well as raging an immoral and unjust war on Ukraine itself."

"He reiterated the need for support for Ukraine's European application to join the European Union, and I assured him of Ireland’s strong proactive support in that regard.

"We discussed further sanctions - and the potential sixth round of sanctions - focusing on oil and other issues to create further pressure on the Russian Federation and on Putin’s regime to make sure that the sanctions can hit hard in terms of acting as a deterrent against the continuation of this war." 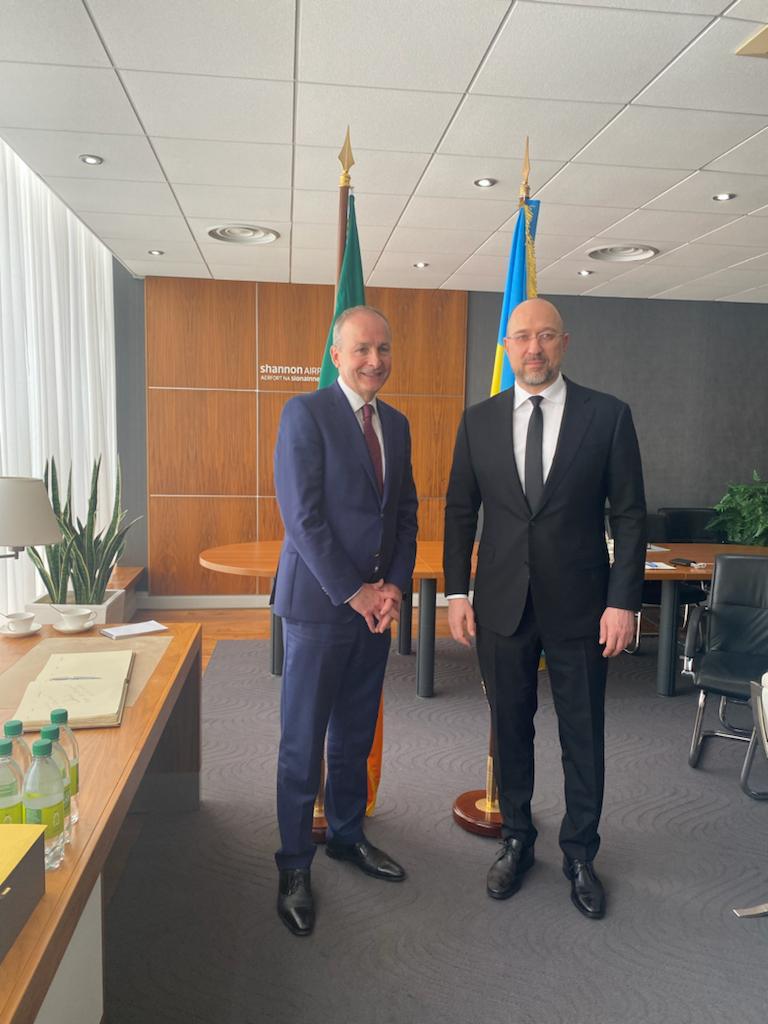 And the Taoiseach says Europe will face up to the migration challenges caused by the war.

"The situation is very challenging indeed, but we have to do everything we possibly can on all fronts to be of assistance and to help the people fleeing Ukraine.

"In our discussions with the Prime Minister - they're very clear that there is a deliberate strategy on behalf of Putin to literally bomb people out of Ukraine.

"To create so much terror, that people will flee.

"So for him the challenges for Europe in terms of the number of displaced people leaving, is something he wants to create.

"And I think we've got to be equally robust, in the sense of the entire European continent, in response".

He gave me first hand account of shocking and horrific campaign of terror on civilians in #Ukraine by Putin’s regime.

I assured him of Ireland’s support for strongest sanctions against Russia and for Ukraine’s EU membership. pic.twitter.com/EOPTteCuCb

During the meeting, Mr Shmyhal spoke of the need for international assistance and expertise to deal with clearing unexploded munitions and cluster bombs - as well as logistic support on excavating residential blocks destroyed by Russian attacks.

He also reiterated the determination of the Ukrainian government to protect their people and resist the ongoing aggression by Russian forces in the eastern region.

Later, Mr Martin will brief the Cabinet on efforts to house Ukrainian refugees - with the Millstreet Arena in Cork likely to come into use as emergency accommodation as early as Wednesday.