An expert has warned that some cryptocurrencies will probably not survive this week’s market cr...

An expert has warned that some cryptocurrencies will probably not survive this week’s market crash.

Spooked investors sold $1.12trillion worth of crypto - roughly one third of the industry’s global value in November last year.

However, the Bitcoin investors can at least thank their lucky stars they didn’t invest in Terra Luna; last month it peaked at $118 but on Thursday you could buy it for $0.09 - an extraordinary devaluation by anyone’s standards.

Gavin Blessing, General Manager and Director of ICM, described this week’s events as “quite hellish” and warned that some cryptocurrencies - such as Terra Luna - won’t survive the current downturn:

“Is it a blip or a terminal decline?” he mused on Newstalk Breakfast.

“Clearly, there’ll be a shakeup and certainly some currencies won’t make it - and maybe the currency Terra Luna… But certainly, I think Bitcoin will almost certainly come through it.

“We’ve gone through three or four major price cycles before during the 10 year existence of Bitcoin and every time Bitcoin has come roaring back.

“So I don’t think this time is going to be different.” 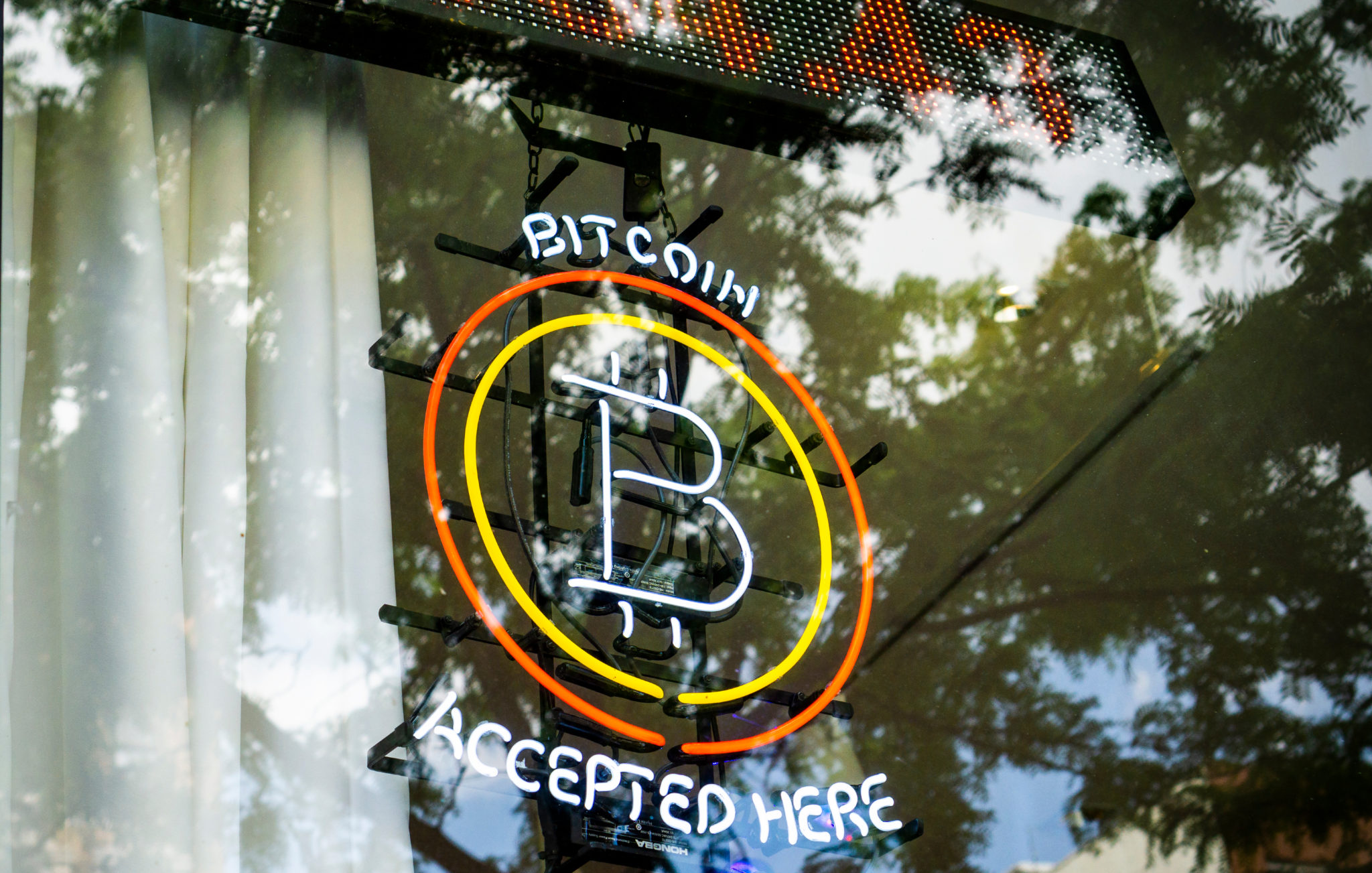 Bitcoin accepted here is displayed in the window of a store in the East Village in New York, 15-05-2021. Image: Richard B. Levine/SIPA USA/PA Images

He also told investors to be aware that crypto was still quite a recent invention and that it was highly volatile:

“It’s a very speculative investment and an asset class - rather than a fundamental investment,” he warned.

“So what I mean by that is it’s a bit like the difference between investing in a startup company with little profits versus a blue chip company with years of profitable growth.

“So with speculative investments, for them to perform you need price momentum and interest in the marketplace and when this dries up it’s very hard for those types of assets to perform.”