People Before Profit have called on the Government to introduce a cap on energy prices, a rent fr...

People Before Profit have called on the Government to introduce a cap on energy prices, a rent freeze and a ban on evictions to help people who are struggling with the soaring cost of living.

Bríd Smith TD is supporting today’s Post Box Protest outside Leinster House in which people will be encouraged to write letters to the coalition's three party leaders, urging them to do more to help people with their bills.

Tánaiste Leo Varadkar has previously robustly defended the Government’s efforts to mitigate the crisis - pointing to policies such as the €200 energy credit, the cut in public transport fares and a reduction in the excise duty on diesel and petrol.

However, he also said that the crisis is global and that the Government can “only ease the pain” for people.

It is not a view shared by People Before Profit:

“Everybody says there’s only so much that Governments can do but our point is they’re not doing enough,” Deputy Smith complained to Newstalk Breakfast.

“There has been profit gouging by many of the energy companies increasing their profits while at the same time pushing up people’s bills.

“That has to stop so we would need the Government to intervene to introduce price controls and caps on energy costs.

"That has been done in other countries like Spain and Poland.”

She also that that renters are in need of greater protection:

“One of the things we have been calling for which they did during the pandemic is to freeze rents and to ban evictions,” she continued.

“So that people who are facing soaring costs and are just keeping a roof over their heads can have some alleviation from the ever increasing pressures that they’re facing with that.” 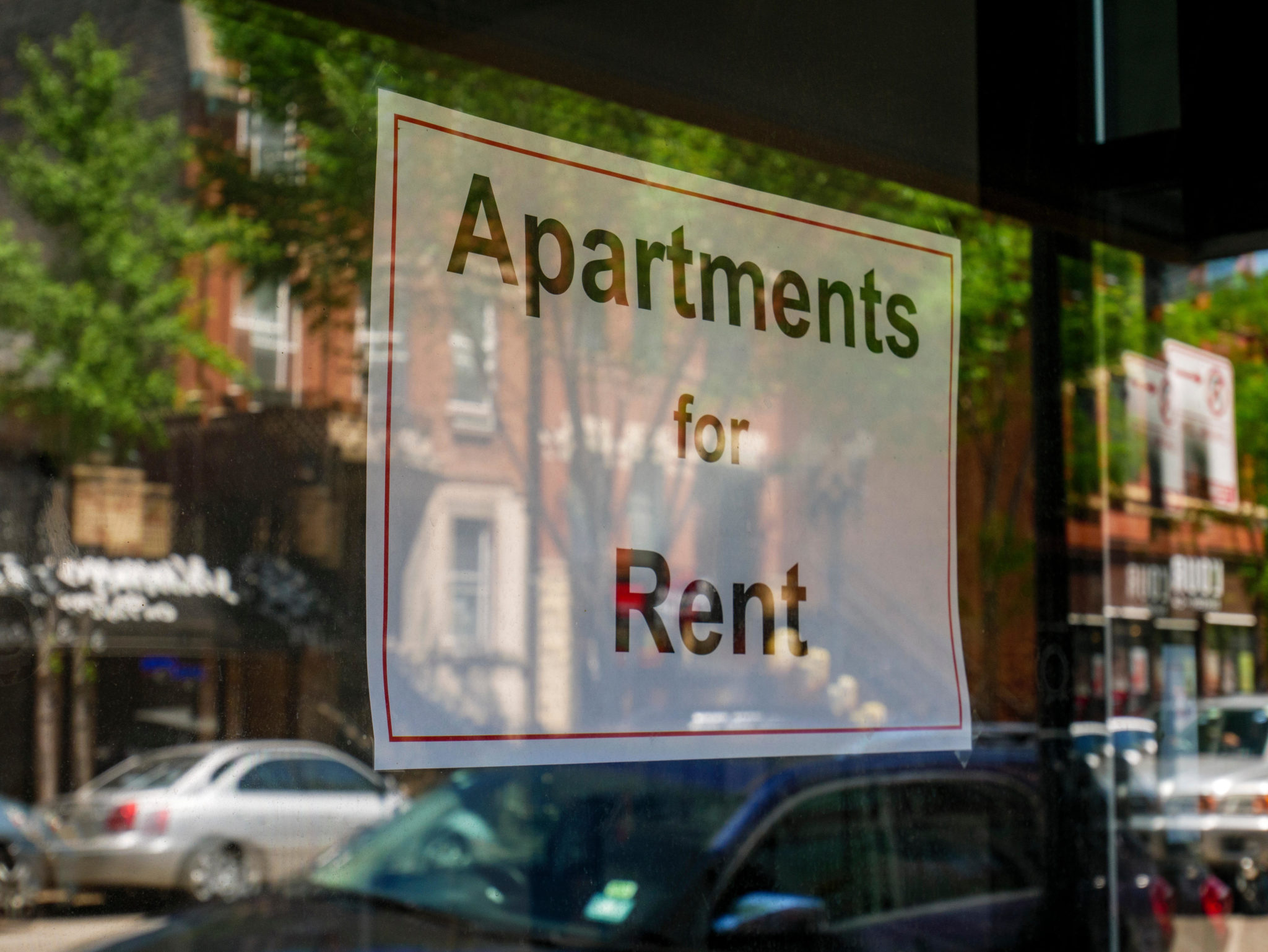 An 'Apartments for Rent' sign is seen in June 2019. Picture by: Todd Bannor / Alamy Stock Photo

The European Commission predicts that inflation will peak this year at 6.1% before falling back to 3.1% in 2023 - with the war in Ukraine the most significant factor driving the rise.

“By exerting further upward pressures on commodity prices, causing renewed supply disruptions and increasing uncertainty, the war is exacerbating pre-existing headwinds to growth, which were previously expected to subside,” the Commission concluded.