Police in Britain have launched an investigation into the alleged leaking of memos written by the...

Police in Britain have launched an investigation into the alleged leaking of memos written by the outgoing UK ambassador to the US, Kim Darroch.

The e-mails were released to Britain's Mail on Sunday over the weekend, and eventually led to the ambassador's resignation.

In them, he claimed US President Donald Trump was "incompetent", "inept" and "insecure".

He also said the White House under America's 45th president had become "uniquely dysfunctional" because of "vicious infighting and chaos", and questioned whether it "will ever look competent".

Mr Trump reacted with anger to the contents of the messages, attacking both Mr Darroch and the British Prime Minister Theresa May.

Mr Darroch resigned on Wednesday, suggesting the furore over the messages was "making it impossible for me to carry out my role as I would like". 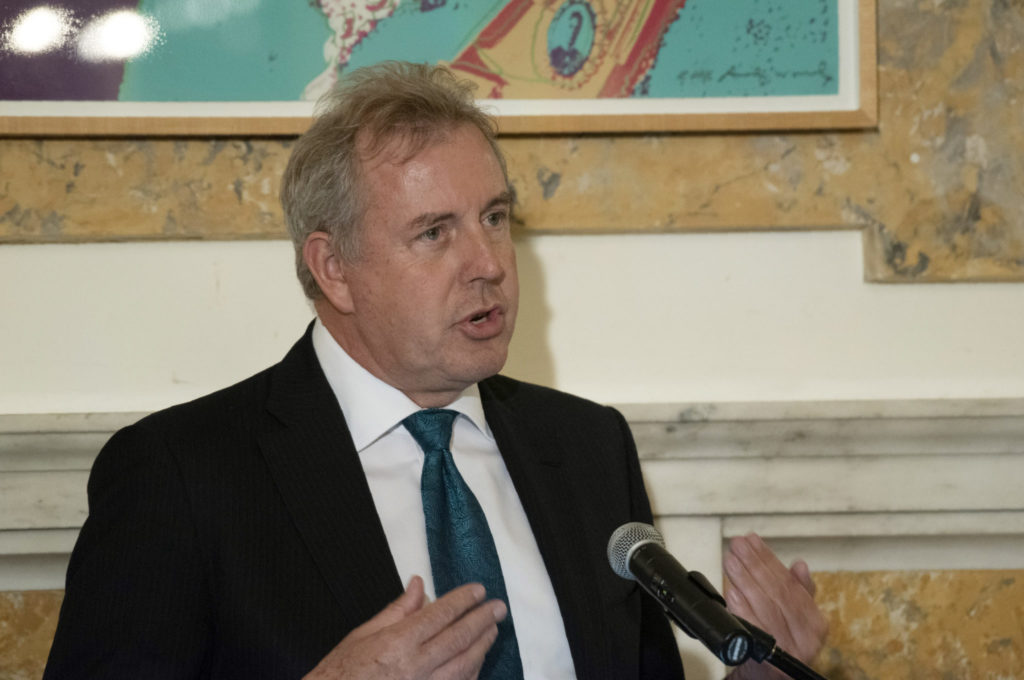 Outgoing British ambassador to the US Kim Darroch hosts an event at the British embassy in Washington in 2017 | Image: Sait Serkan Gurbuz/AP/Press Association Images

"Given the widely reported consequences of that leak I am satisfied that there has been damage caused to UK international relations, and there would be clear public interest in bringing the person or people responsible to justice.

He added: "I would say to the person or people who did this, the impact of what you have done is obvious.

"However, you are now also responsible for diverting busy detectives from undertaking their core mission.

"You can stop this now. Turn yourself in at the earliest opportunity, explain yourself and face the consequences."

He also appealed to anyone who knows or suspects those responsible to come forward.