Two people injured in a terror attack on London Bridge in Britain have died. The man suspected of...

Two people injured in a terror attack on London Bridge in Britain have died.

The man suspected of carrying out the stabbing earlier on Friday was shot by police.

The incident, which began just before 2.00pm, is being treated as a terrorist incident.

Emergency services attended the scene, including the London Ambulance Service. 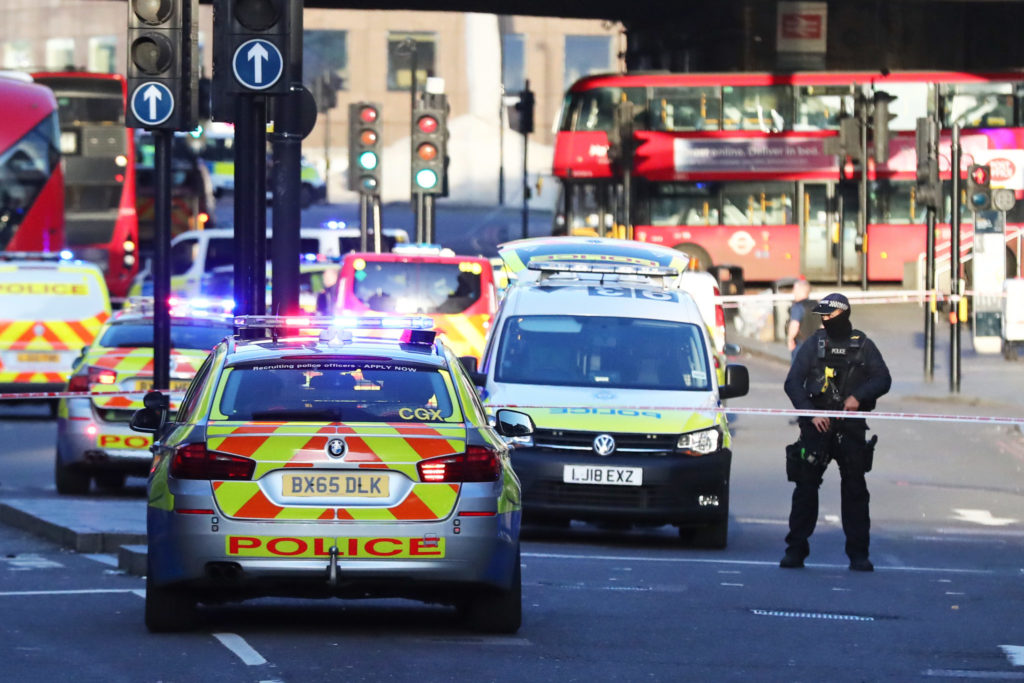 Police and emergency services at the scene of an incident on London Bridge in central London.

Metropolitan Police Commissioner Cressida Dick said: “My heart goes out to their loved ones and to the three further injured victims who I understand are being treated in hospital, and of course to everybody who has been affected by today’s terrible and mindless events."

She added: "“In the coming days you will see more police, both armed and unarmed, patrolling our streets to help reassure those who are understandably concerned.

"Similarly our Counter Terrorism detectives will be working round the clock to identify those who have lost their lives, to support all the victims and their families.

"We are also working at full-tilt to understand exactly what has happened and whether anyone else was involved.

"For this reason we expect cordons to remain in place around the London Bridge area for some time."

Earlier footage from the bridge showed a group of up to 10 pedestrians tackling a person, with one pedestrian wearing a suit and tie grabbing a large knife, before police tell them to get off the person.

Police then pull a final member of the public off the man and two shots are heard.

Another video, taken from a different angle, showed one armed police officer at the beginning of the northside of the bridge, crouched behind a police car aiming a gun down the bridge. 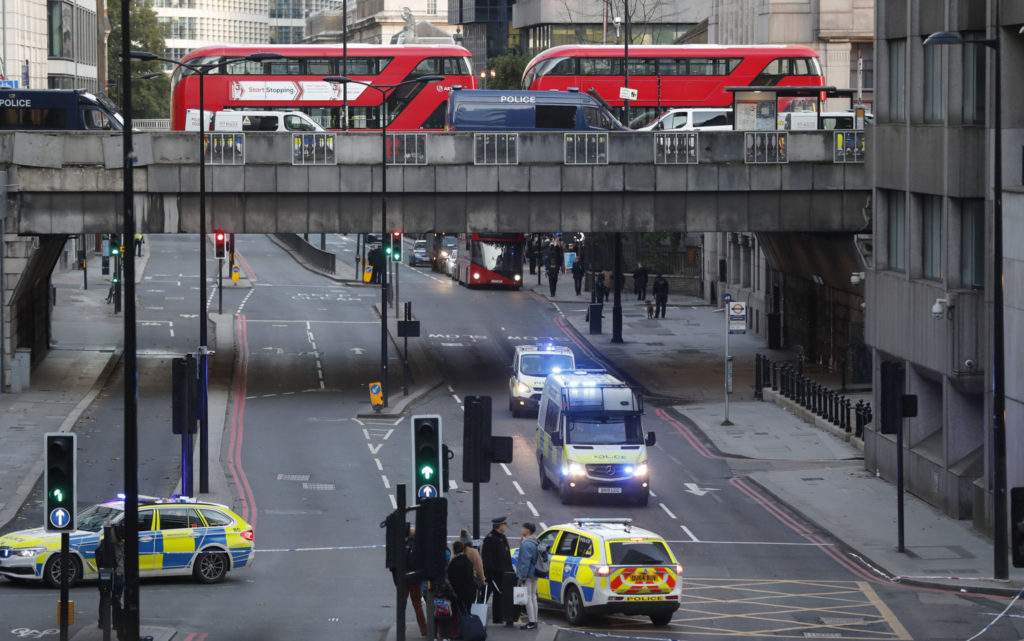 Another video showed three officers pulling a man wearing jeans off the person on the ground before they step back.

Pedestrians on London Bridge were seen running back towards the southside of the bridge, while drivers were seen abandoning their cars and running back.

Offices around the bridge were put on lockdown and the London Bridge train station was closed for a time.

Police have also cordoned off the bridge.

Metropolitan Assistant Police Commissioner Neil Basu said earlier that the suspect had a device attached to him.

"A male suspect was shot by specialist armed officers from the City of London police - and I can confirm that this suspect died at the scene".

"We retain an open mind as to any motive, it would be inappropriate to speculate further at this time.

He added that "extensive cordons" will remain in place for a considerable period of time.

Police patrols are also due to be stepped up across the British capital.

It is advising Irish citizens "to exercise caution "and follow the instructions of local authorities.

We are aware of reports of an incident at #LondonBridge and are monitoring the situation. Anyone with concerns can contact the Embassy on +44 207 235 2171. We’d advise Irish citizens to exercise caution and follow the instructions of local authorities including @metpoliceuk.

British Prime Minister Boris Johnson earlier said: "I'm being kept updated on the incident at London Bridge and want to thank the police and all emergency services for their immediate response."

Pavements on both sides of the bridge have large bollards on to prevent vehicles.

They were installed after the 2017 London Bridge terror attack, where a van was driven into pedestrians on the bridge.

Its occupants then ran on foot and stabbed people in restaurants and pubs.

Eight people were killed and 48 injured.