British ambassador to US quits amid memos row

The British ambassador to the United States has resigned his post, amid a row over leaked memos t...

British ambassador to US quits amid memos row

The British ambassador to the United States has resigned his post, amid a row over leaked memos that were critical of US President Donald Trump.

Kim Darroch said the furore over the messages, in which he called the US president "inept", was "making it impossible for me to carry out my role as I would like".

"Since the leak of official documents from this embassy there has been a great deal of speculation surrounding my position and the duration of my remaining term as ambassador," he said in a letter to Simon McDonald, the permanent under-secretary at the UK's Foreign and Commonwealth Office.

"I want to put an end to that speculation.

"The current situation is making it impossible for me to carry out my role as I would like.

"Although my posting is not due to end until the end of this year, I believe in the current circumstances the responsible course is to allow the appointment of a new ambassador."

In the memos, which were published in the UK's Mail on Sunday at the weekend, Mr Darroch described Mr Trump as "incompetent", "inept" and "insecure". 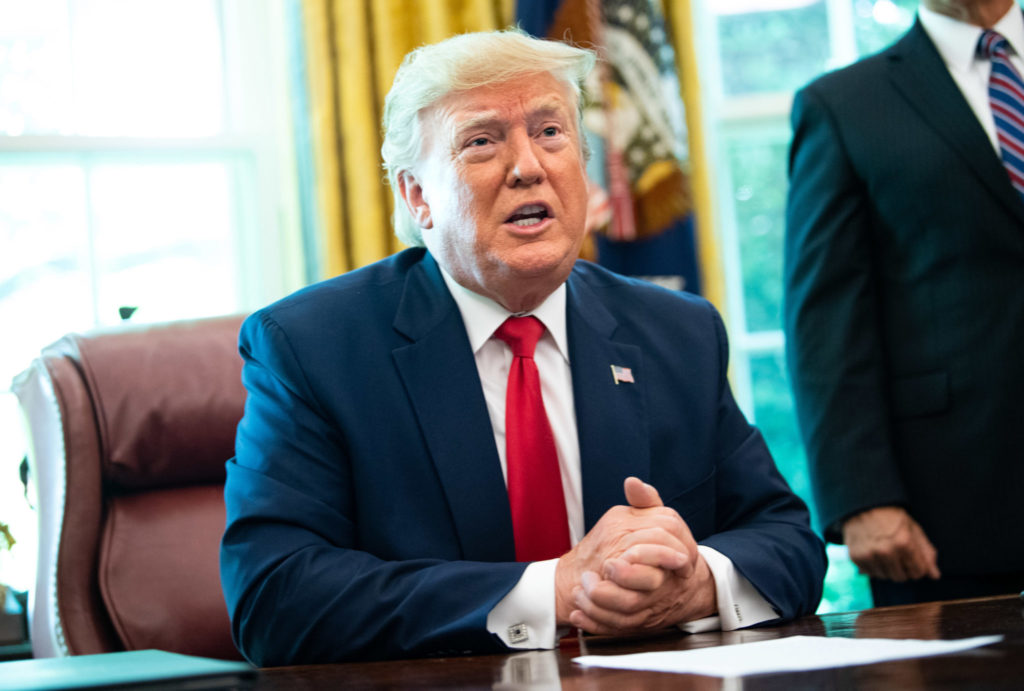 US President Donald Trump speaks in the Oval Office at the White House in Washington D.C. in June 2019 | Image: Kevin Dietsch/Sipa USA

He also said the White House under America's 45th president had become "uniquely dysfunctional" because of "vicious infighting and chaos", and questioned whether it "will ever look competent".

Mr Trump reacted with anger to the contents of the messages, attacking both Mr Darroch and the British Prime Minister Theresa May.

On Tuesday he called the ambassador "wacky", "very stupid" and "pompous" and again hit out at Mrs May's handling of Brexit.

Mrs May said the resignation was a "matter of great regret".

"The whole cabinet rightly gave its full support to Sir Kim on Tuesday," she told MPs in London's House of Commons.

"Sir Kim has given a lifetime of service to the United Kingdom and we owe him an enormous debt of gratitude.

"Good government depends on public servants being able to give full and frank advice.

"I want all our public servants to have the confidence to be able to do that and I hope the House will reflect on the importance of defending our values and principles, particularly when they are under pressure."