Amanda Knox has broken down in tears on her first return to Italy since her acquittal in the murd...

Amanda Knox has broken down in tears on her first return to Italy since her acquittal in the murder of her flatmate Meredith Kercher.

Ms Knox (31) recalled her four years in jail after she was arrested in 2007 for the murder of the British exchange student in the house they rented in Perugia.

She became the focus of a murder case, where she was depicted as an angel-faced man-eater dubbed 'Foxy Knoxy' - while many in her native America defended her as an innocent victim caught in a judicial nightmare abroad.

Ms Kercher, a student from England, was found semi-naked on November 1st 2007 in a pool of blood. 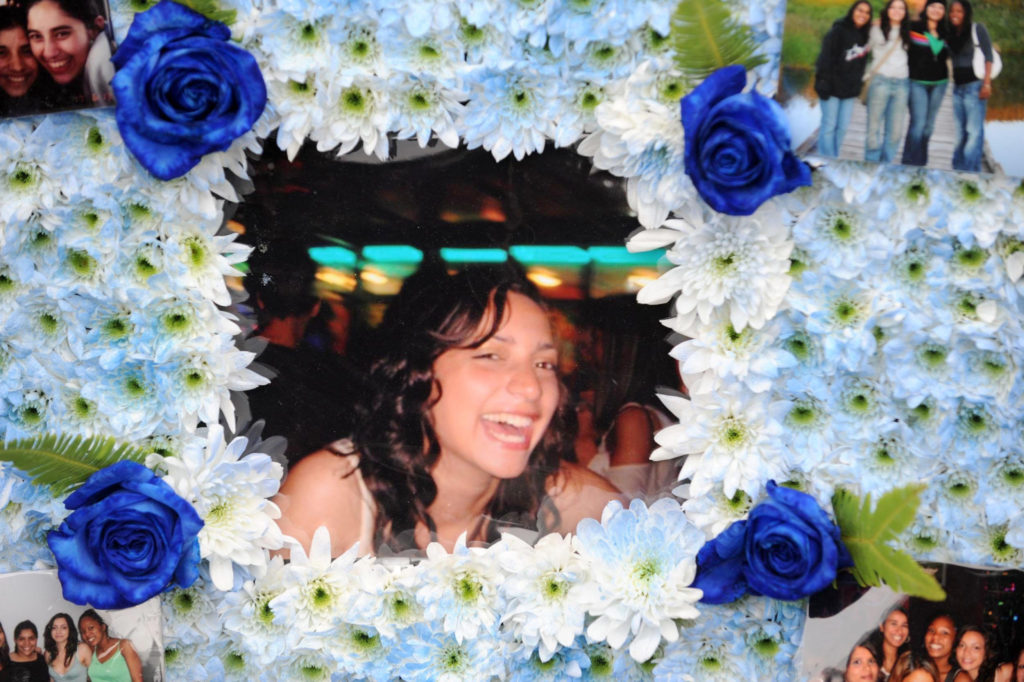 A floral tribute at the funeral of Meredith Kercher in London in 2007 | Image: Stefan Rousseau/PA Archive/PA Images

Ms Knox, who was initially convicted of the murder before being cleared on appeal, said she felt fearful upon her return to Italy.

She was invited by the Italy Innocence Project to speak about wrongful convictions and trial by media.

She told an audience in Modena, northern Italy: "I'm afraid of being harassed, mocked, framed, I'm afraid that new accusations will be levied against me just because I'm here giving my version of events".

In an emotional speech in which she cried at one point, and at several others struggled to fight back tears, she launched a stinging attack on the media, which she said had failed to probe the authorities over an arrest she said was based on no evidence.

"It was impossible for me to have a fair trial," she claimed, recalling how in the eyes of many she had become "the dirty, psychopathic man-eating Foxy Knoxy". 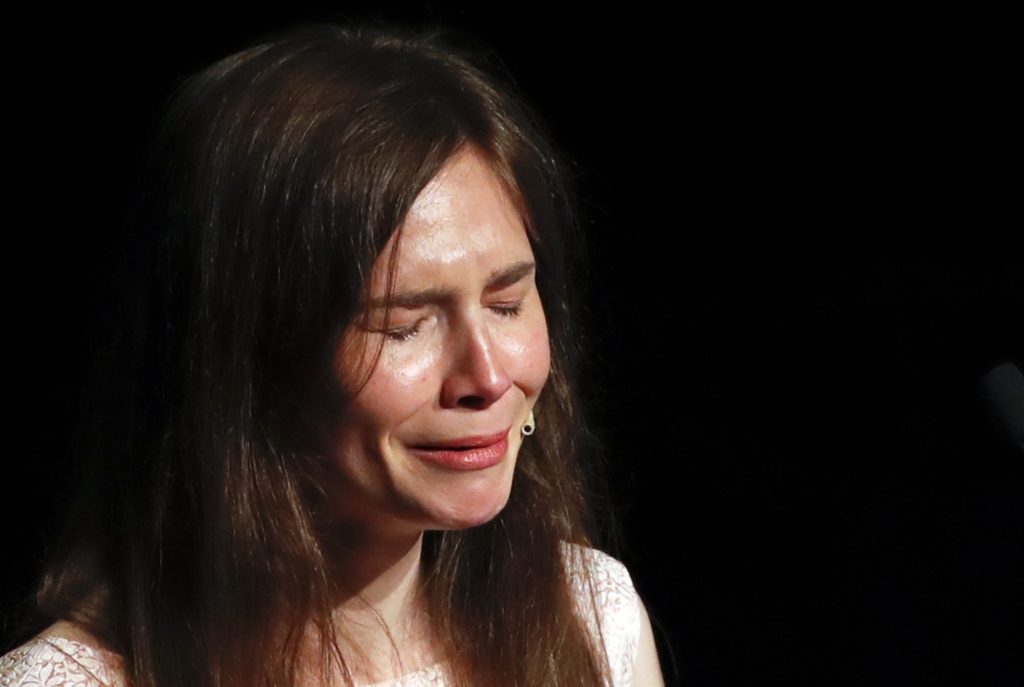 Amanda Knox gets emotional as she speaks at a Criminal Justice Festival at the University of Modena, Italy | Image: Antonio Calanni/AP/Press Association Images

"They convicted that doppelganger. That person was sentenced to 26 years in jail," she said.

"The verdict fell upon me like a crushing weight," she added.

"I could only suffer in silence from my prison cell".

In the run up to the trip, Ms Knox tweeted: "I've chosen not to do interviews in the lead up to Italy, in the hopes that what I will say in Modena will speak for itself."

I've chosen not to do interviews in the lead up to Italy, in the hopes that what I will say in Modena will speak for itself.
That said, @manunderbridge & I did write this piece for @Medium about what happens when your life becomes someone else's content.https://t.co/EBBRVr0gOz