The course takes seven weeks to complete - with four weeks spent in the classroom working on theory, while a further three are spent outside developing practical skills.

The inmates are now officially qualified to coach players for adult amateur games - something they are looking forward to doing when they are released:

“I love football in general,” one inmate, Graham, explained to The Pat Kenny Show.

“And I have a young son so I thought one day when I get out I’d love to help out with his team.

All the men on the course are football fans but for inmate John, who has been behind bars for 33 months, it was the camaraderie that he enjoyed most. For a few brief moments after they laced their boots it was possible to forget they were behind bars:

“It’s a bit of freedom for us so we all look forward to it. We didn’t like going back in when it was finished,” John said.

“We really enjoyed it.” 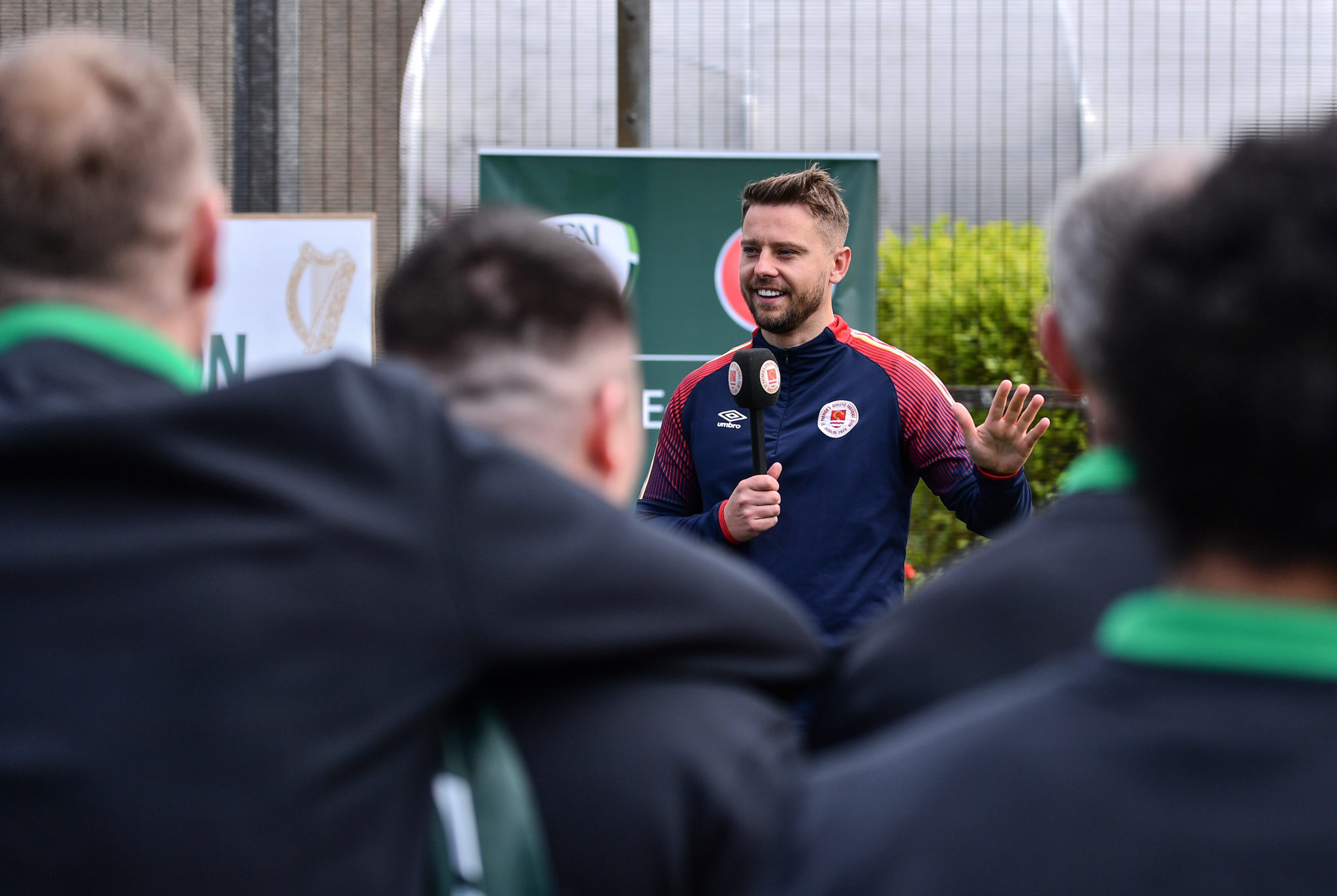 For Assistant Governor Amanda Sutton it was clear that the course was about far more than football:

“There’s unintentional learning that I think is one of the most important aspects of this course. Yes, it’s football training but it’s so much more than that,” she enthused.

“There’s also a lot of pride in making an achievement like this and getting certification and, again, that’s all really good for integration into your communities and things like that.”

“Unfortunately on radio you can’t see how delighted the guys are here with it… It’s a really good occasion.” 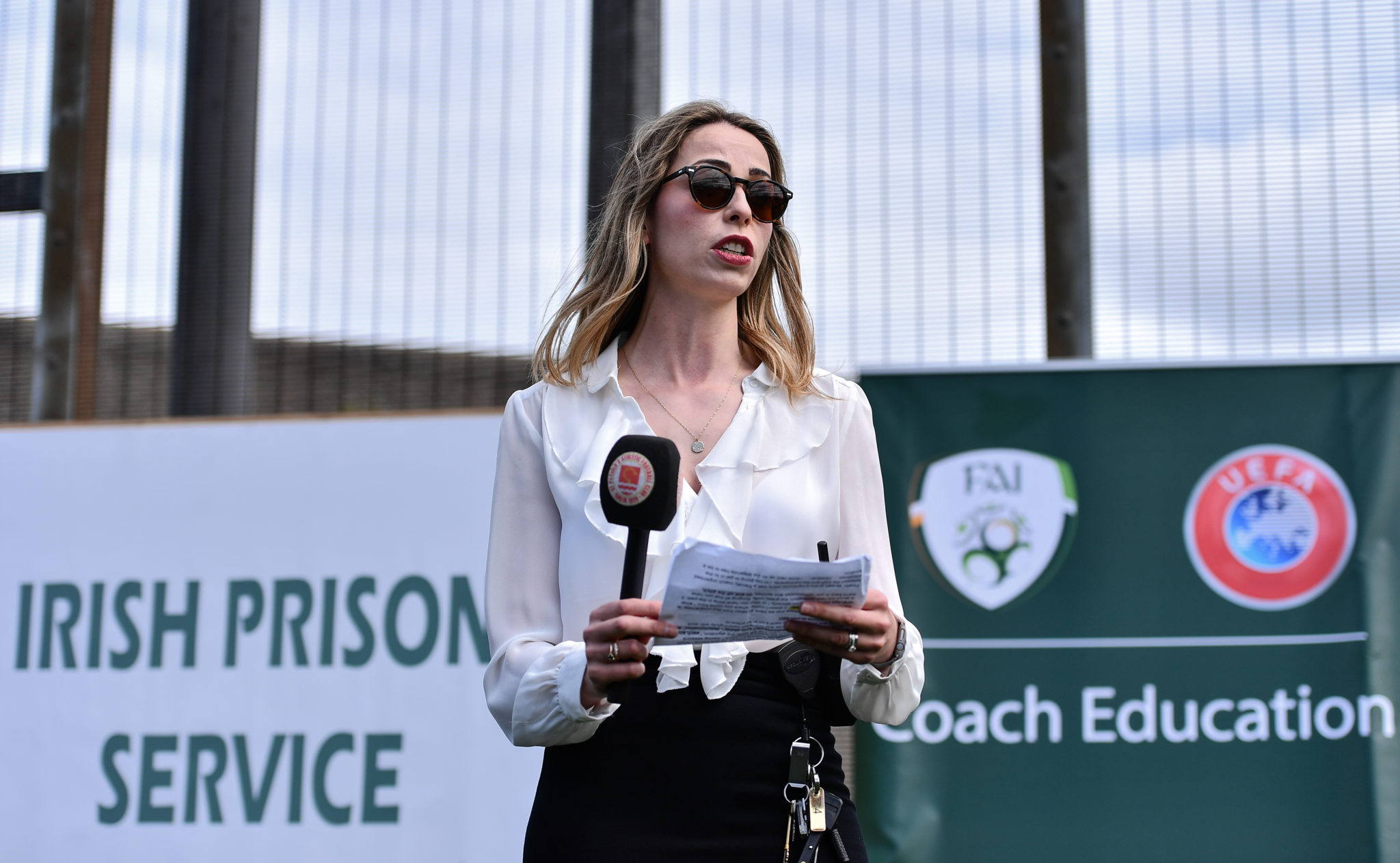 The course was devised and delivered by the FAI, the Irish Prison Service and St Patrick’s Athletic Football Club.

And Ger O’Brien, a former League of Ireland defender who now works for St Patrick’s Athletics, said the prisoners had been a pleasure to work with:

“I think the big thing that I wanted to give to the guys was that it’s about relationships,” he said.

“And building relationships with people and having good interpersonal skills and communication and making sure that they’re respectful to the people that they speak with.

“So we came to that with a no nonsense approach.

“We never had any problems.”