Taoiseach Micheál Martin has said it is unlikely he will reshuffle ministers when he becomes Tá...

Taoiseach Micheál Martin has said it is unlikely he will reshuffle ministers when he becomes Tánaiste later this year.

In the Programme for Government Fianna Fáil and Fine Gael agreed that Leo Vardkar would become Taoiseach once again in December 2022, leading to speculation that there would be a reshuffle around the same time.

However, Mr Martin has come out and said that he plans on prioritising continuity over change:

“I am of a view that consistency of policy and delivery is important,” Mr Martin told journalists.

“Chopping and changing all of the time might look good for a day or two, but nothing can beat the substance of getting real change.”

He added that his focus was on delivery:

“My focus, and this is still early years in this government, is to really deliver now on the key commitments. We’ve made great progress, I would argue, so far.

“So I’m not speculating what’s going to happen in 12 months time in terms of specific ministries or anything like that, that would be a matter that would be considered closer to that time.”

Mr Martin also went out of his way to praise a number of his ministers, describing Minister for Public Expenditure Michael McGrath as having been “very effective and successful” in the role.

Likewise, he commended Housing Minister Daragh O’Brien for having “put together a very comprehensive Housing For All strategy.”

Similarly, he said Norma Foley had been “very authoritative” in education and Stephen Donnelly had delivered one of the fastest vaccine rollouts in Europe. 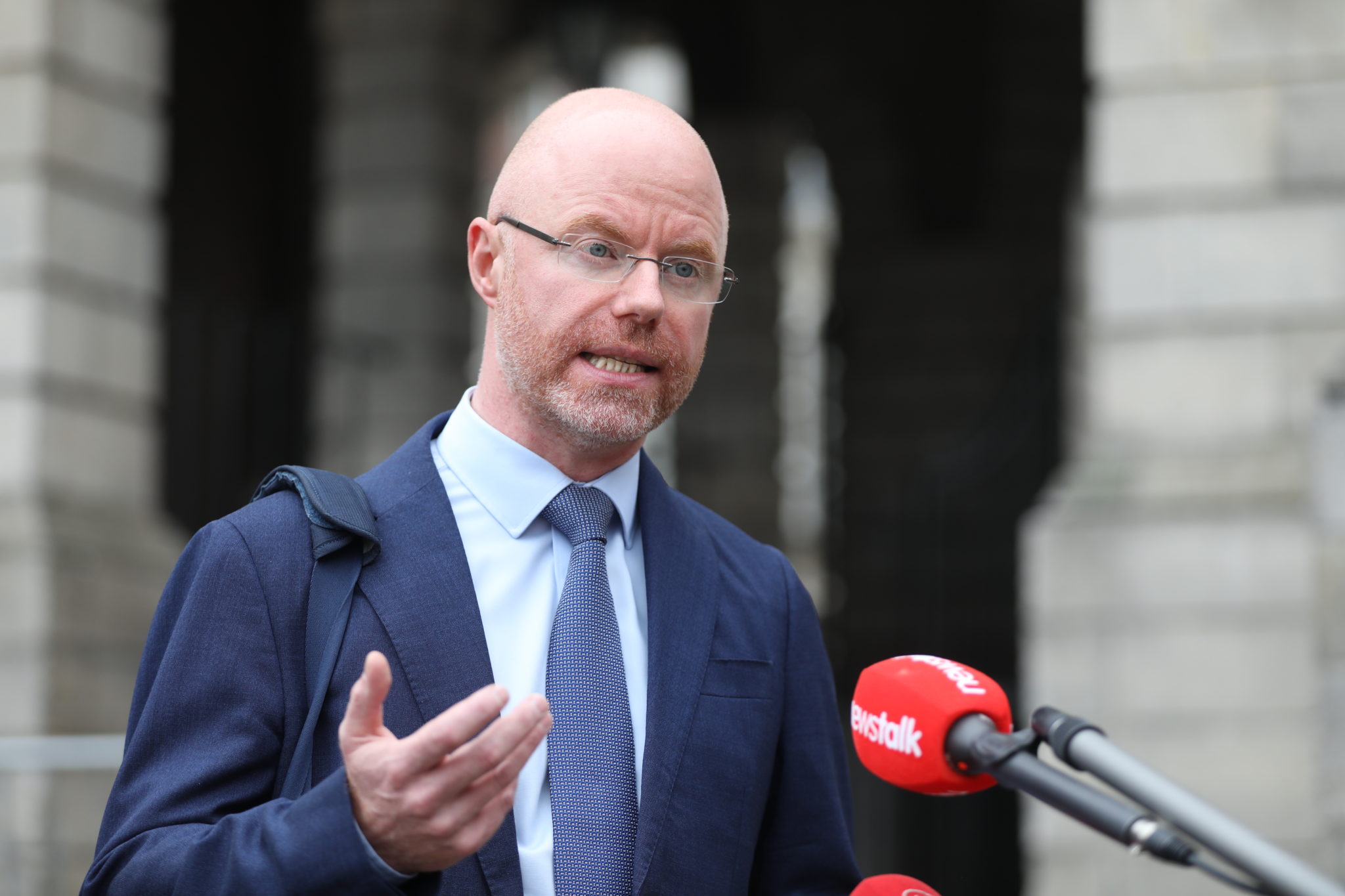 Minister for Health Stephen Donnelly was praised for his handling of Ireland's vaccine rollout. Picture by: Leah Farrell / RollingNews.ie

Speaking to Newstalk, his remarks were echoed by Catherine Martin, Green Party TD and Minister for Tourism, Culture, Arts, Gaeltacht, Sport and Media:

“I remain focused on the sectors under my remit. That’s where my focus is right now,” Minister Martin said.

“I’d be happy to continue in my current role because I would respectfully suggest it might be good for the sector’s sake. That continuity might be better because they’ve had such uncertain times.

“So as I’ve said, it just hasn’t been discussed and it’d be a matter for the Taoiseach of the day.”