The CEO of the HSE said he is "concerned" that Christmas festivities may lead to a spike of COVID...

The CEO of the HSE said he is "concerned" that Christmas festivities may lead to a spike of COVID-19 cases, but believes that a further lockdown in January "shouldn't be inevitable".

Paul Reid said "it is in our hands" to have a safe Christmas and urged the public to work with public health officials to curb the spread of the virus.

An announcement on easing level five coronavirus restrictions will be made this evening.

It is expected restaurants and gastropubs will be allowed to reopen, despite NPHET advice.

Speaking on Newstalk Breakfast, Mr Reid said Ireland is "in one of the strongest positions in comparison to all European countries" with regard to slowing the spread of COVID-19.

He said: "Between the decisions the Government made in level three and the implementation of level five, we put ourselves in a much stronger position than we were.

"The Government have made the decisions they have to make to get us unto a strong position and hopefully have a reasonable Christmas, it's not going to be the same as last year and hopefully is different to next year, but I do believe we can have a safe Christmas."

Mr Reid said the HSE would be looking at three aspects coming into December.

The first is how the country is coping with COVID-19 as the health service faces into its winter plan.

The second is people's health and wellbeing, with Mr Reid acknowledging that increased numbers of people are presenting with anxiety and stress.

Thirdly, Mr Reid said he is hopeful that December will be used to put in place the steps that will allow us to have a safe Christmas. 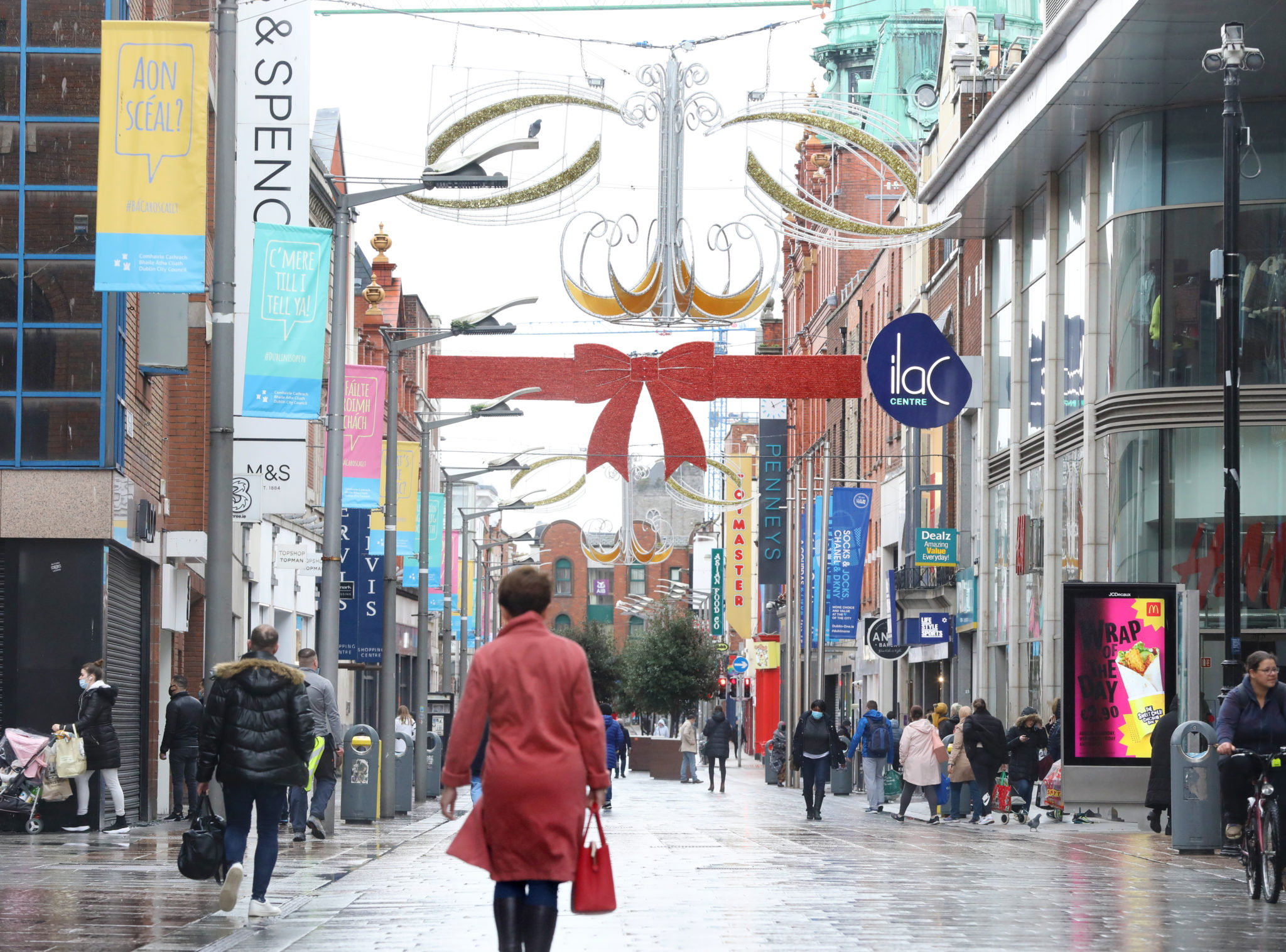 Mr Reid said he has "the same concerns as everybody" that Christmas will lead to a spike in cases.

He said: "What I've described as the lag effect is as people mix in greater numbers, it does take a few weeks for them to come in as hospital cases.

"So from our perspective, I would be concerned.

"This is in our hands, we can make it a safe Christmas.

"People deserve it, it's been a long, dark tunnel we've been in and people deserve a break, people need to see their families, and that's a value for the health service as well.

"We urge the public to work with us and make it a very safe Christmas."

Mr Reid added that another lockdown in January "shouldn't be inevitable" and that the health service is in "a stronger position" heading towards Christmas.

It comes as the coalition party leaders and a number of senior ministers decided to go against NPHET advice and open restaurants and gastro pubs next month.

The trade off, however, will be stricter rules on household gatherings around Christmas.

Mr Reid said that the Government would have taken a wide range of advice in making its decision on easing restrictions.

He said: "What Government have to do is take a whole lot of advice and consideration and obviously at the Cabinet committee yesterday that's what they did do.

"They took advice from NPHET, they took input from myself from the HSE perspective, some data from the CSO and some economic data.

"That's what Government have to take, they have to take the whole balance and inputs involved.

"Decisions around restaurants and gastropubs, that's for the Government to make later today but they have to consider all the inputs we have given."

Meanwhile, speaking at an HSE briefing yesterday, the National Director of the National Cancer Control Programme said COVID-19 had a significant impact on cancer referrals.

Professor Risteárd Ó'Laoide said there were around 2,000 cancer cases which had been "lost" due to the pandemic.

"What he was presenting was we haven't seen a significant step back up in all of our rapid access clinics.

"They're at around 90% of where there were, which is good.

"What he was saying, not that there were 2,000 cases of missed cancers, if extrapolated across all the cancer programmes, from what we've seen of breast and lung cancer, and prostate cancer programmes, are what he described as lost cancers that haven't come through yet to our rapid access clinics."

He added: "Our message on that is, please do come forward if you are symptomatic and have cancer symptoms.

"You don't have yo go through our cancer screening programmes, you go straight from a GP to a referral to our rapid access clinics."

Main image: A member of the public wearing a mask as she walks past a Christmas window Display outside Guiney's on Talbot Street in Dublin City centre. Photograph: Leah Farrell/RollingNews.ie