Advertisement
Between The Lines

Ukrainian refugees in Ireland have “exacerbated” the shortage of affordable hotel rooms in Ir...

Ukrainian refugees in Ireland have “exacerbated” the shortage of affordable hotel rooms in Ireland this summer, the Chief Executive of the Irish Tourism Industry Confederation has claimed.

So far 43,000 Ukrainians have arrived in Ireland since the Russian invasion and the Government is struggling to find them all appropriate accommodation.

Some are now being housed temporarily in tents in Gormanston Army Camp in County Meath but many thousands are being housed in hotels across the country - rooms that would normally be used by tourists on their summer holidays.

“But that’s been exacerbated by the refugee situation and… understandably we need to welcome on a humanitarian basis refugees from Ukraine and I think hotels are a short-term fix but they can’t in any way be seen as a medium to long-term fix because the unintended consequences for the tourism industry are really, really severe.

“And the thing to keep in mind is that the tourism industry is the country’s biggest indigenous industry and the largest regional employer.”

One town with a particularly large number of Ukrainian staying in local hotels is Youghal in County Cork and Pádraig Hennessy of the local Chamber of Commerce says their presence has drastically reduced the number of tourists in the area:

“We’re a small tourist town, we rely on tourism, we don’t have any industry,” he siad.

“And it just seems that the accommodation that we’re offering in Youghal has been taken over by the Government with no forethought into seeing the damage that it will do to the tourism industry in Youghal.”

“We only have on average about 58 [bed] nights left in Youghal - which for a seaside town this time of year is just ridiculous.

“The last two years of the pandemic, we’ve had a lot of staycationers come through Youghal to show them what we have to offer and we have a huge offering in Youghal.

“And to me they’ve wiped it out… I can’t grasp what the Government’s thinking was of taking all the hotel rooms out of service.” 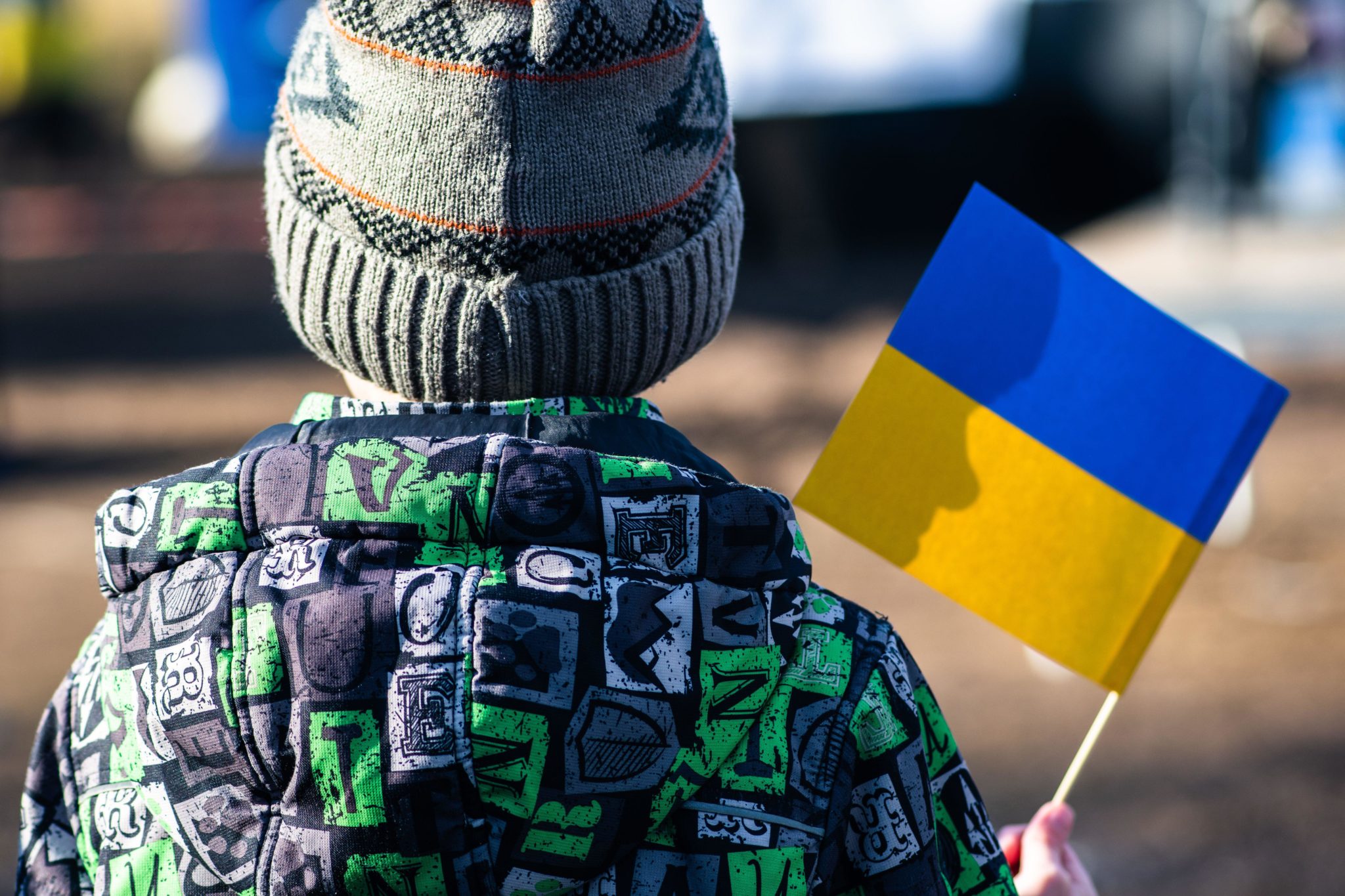 A child is seen with a Ukrainian flag. Picture by: Michele Ursi / Alamy Stock Photo

Another local resident, Kay, called to say that while she had “fierce sympathy” for the Ukrainians their presence was “definitely affecting the prosperity of the town and it’s definitely impacting retail in the town.”

“We have a tourist office and I just spoke to someone there and she said it’s so quiet. I’ve noticed the afternoons just die away here you know.

“I know the whole situation with Ukraine but we really feel let down by the Government and I am disappointed.

“This deal was done so secretly and there was no consultation with the town.”

'We're not going to set a limit'

Last week Tánaiste Leo Varadkar faced down calls to limit the number of Ukrainians coming to Ireland and said they would be treated as if they were EU citizens:

"Even though Ukraine is not a member of the European Union, we'll treat Ukrainian citizens almost as though they are,” he told The Pat Kenny Show.

"We can't predict at this stage how many Ukrainians might come here - I've seen figures suggested, but it's just impossible to know how many it'll be.

"It could be a few thousand, it could be 20,000 as Minister Coveney suggested yesterday.

"But we're not going to set a limit on it.

"This is a war that's happening in Europe, we're Europeans and we need to show solidarity with the people of Ukraine.

"And also those other countries in central-eastern Europe who are bearing the brunt of this refugee crisis, which has been deliberately created by President Putin in order to attempt to destabilise the European Union - and we need to make sure he doesn't get away with that".