When Shane Duffy arrived in Lille for Ireland's final group game in Euro 2016, little did he expe...

When Shane Duffy arrived in Lille for Ireland's final group game in Euro 2016, little did he expect to be involved in one of Irish football's most famous nights.

The Brighton centre-back had been an unused sub for Ireland's first two games against Sweden and Belgium. And up to then, he hadn't made a competitive start for the Boys in Green.

His Irish career really changed that night in Lille in the must-win clash against Italy.

Speaking to Nathan Murphy recently, the 27-year-old detailed the surreal nature of that night.

"I went to the Euros just to go and enjoy it. 'I'm probably not going to play a minute here but just take it all in,'" he recalled.

"Never in my head did I think, 'I'll be playing here'. So I thought, if [Martin O'Neill's] going to make a change, it's going to be one of them and I'm obviously fourth choice." 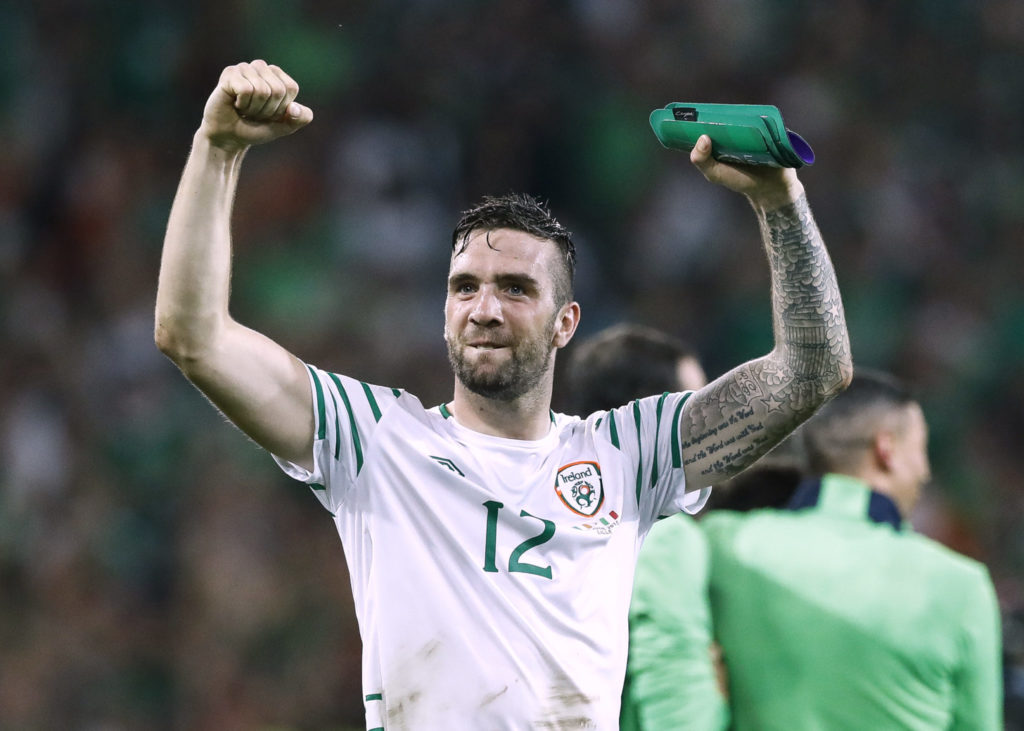 John O'Shea, Ciaran Clark and Richard Keogh were ahead of him in the pecking order. But O'Neill clearly wanted to make a change after the 3-0 loss to Belgium.

When did Duffy discover he was due out on the pitch?

"In the dressing room... literally," he responded.

"But it was probably the best thing that could have ever happened to me. Because I didn't have time to think. [My family] didn't know until the teamsheet was out. So my Mum was like, 'He's playing!'

"We got to the stadium and had a look at the pitch first and we still didn't know the team around then. We come back in and then [O'Neill] gets everyone together and then just names it. 'Did he say me?' And everyone was coming up to me."

As he said it turned out to be, "one of the best nights of my life".

You can watch the full Shane Duffy interview above. Read Part 1 here.

Off The Ball and Giveblood.ie want to get more conversations happening in everyday life about blood donation and why it’s such an important habit to start, continue and encourage in others. When you give blood you really do help another person who is struggling with ill health or who has had a serious accident. Statistically, one in four people will require a blood donation at some point in their lives. Yet the blood donation rate is just 3% at present. You might not be able to attend your local clinic every time it comes to your town, but it’s really important to think about becoming a regular blood donor. There are also new changes being introduced. The UK deferral ban is being lifted from October 7th so that people previously unable to give blood if they were in the UK (including Northern Ireland) for over one year between 1980 and 1996, can now give blood, if they meet all the other normal blood donation criteria. Check your eligibility & find your clinic: * Check your eligibility by doing the Giveblood.ie quick eligibility quiz. Find out where your local clinic is or register your interest in the link below. Find a clinic right here. For more information, check out: https://www.giveblood.ie/ https://www.facebook.com/giveblood https://twitter.com/Giveblood_ie