Dessie Hutchinson turns 23 in December. But he's already fit quite a lot into his sporting career...

Dessie Hutchinson turns 23 in December. But he's already fit quite a lot into his sporting career.

From 2015 to 2018, the Waterford native was on the books at Premier League soccer club Brighton. He made just one EFL Cup appearance there before returning to home to play League of Ireland football with Waterford FC.

However, Hutchinson has left soccer behind to combine GAA with his studies. Indeed, he was a key part of the Ballygunner side that won the 2019 Waterford Hurling Championship, scoring 1-3 in the final.

He joined Off The Ball to discuss his decision to play Gaelic football and hurling as well as reflecting on his career so far.

"It was a new lease of life for me, to be honest, going into that sort of environment," he said of playing in the All-Ireland Football Championship for Waterford.

It came at a good time as he found himself at a crossroads after ending his spell with Waterford FC.

"At the time, I wasn't working. I was still trying to figure it all out, so that definitely gave a distraction as well keeping me in top shape," he said.

"To dive straight in was very good for me and it kept the mind occupied. 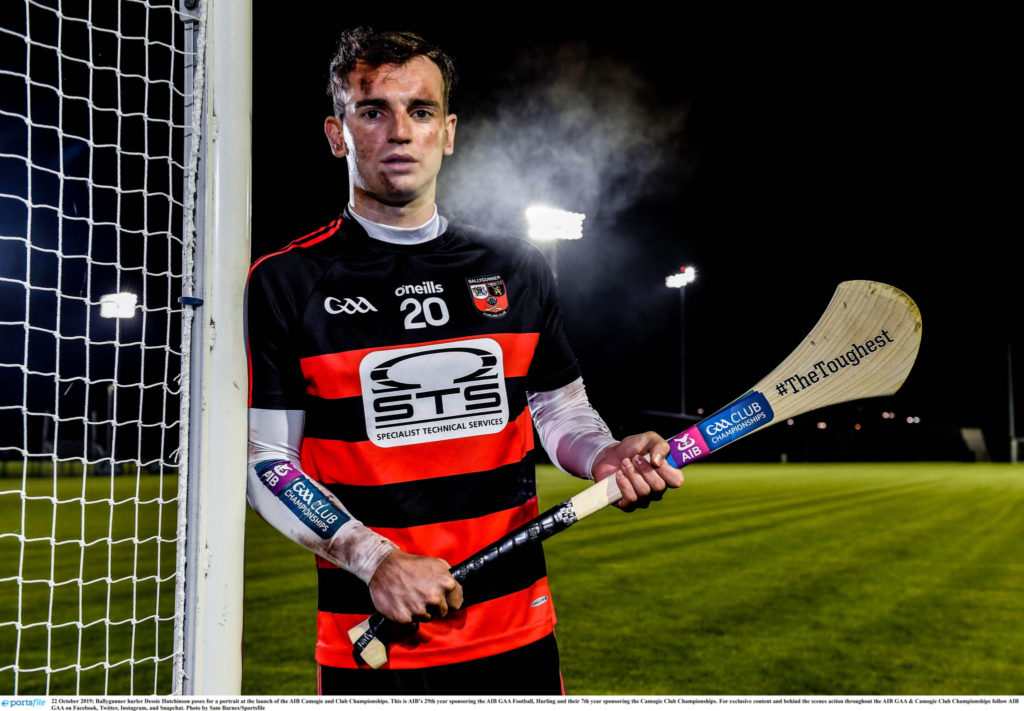 "That was the hardest part for me was coming home and settling in for that 3-4 month period where I didn't know exactly what I was going to be doing.

"Thankfully, I had good people around me. People within the GAA clubs, Waterford County Board and managers. So that was really important for me. It can go one way or another for people and thankfully for me, I was straight into keeping myself occupied and playing what I love."

But did Hutchinson fall out of love with soccer to a degree after his Waterford FC spell?

"I need a career change"

"It's different when you come home because the standards are so different. The lifestyle is very different. So it was that and things were a bit uncertain at Waterford at the time. So it didn't really know where I stood. I wasn't playing as much as I wanted to. There were loads of little things that added up, that I said, 'Look, I need a career change. I'm not going to leave it until I'm 28 or 29. No disrespect to the League of Ireland but you're not going to make enough money to last you when you're finished.' For me, it was about getting back into education as early as possible."

He also gave an insight into just how competitive it is in England's youth ranks. No one from his year at Brighton is still at the club.

"I think it's one in 99 who makes it into the first-team. It is a scary thought and it is something young lads should keep in mind when they are going over," he said.

One Irish player who has made it in is Ireland international Aaron Connolly. Dessie Hutchinson crossed paths with the 19-year-old when the Galway native first arrived at Brighton.

"I was there for two years while he was there," said Hutchinson.

"And I was there when he came over. I kind of took him in a little bit and showed him around to make sure he settled in properly. And thankfully he did. You see with the chance he's getting now, he's flourishing in it and he deserves that.  It's just not many people like him are getting the chance to do it and there definitely would be a lot more players coming through if they were given that chance."

You can watch the full Dessie Hutchinson above via our YouTube channel.