For the first time since 1937, Limerick city is looking at a situation where it won't have a Leag...

For the first time since 1937, Limerick city is looking at a situation where it won't have a League of Ireland club in the city.

Under a variety of names and guises, the city of nearly 100,000 people has always had a soccer club to call its own.

But when 2020 rolls around, it looks Limerick FC won't be involved. The club's future is in serious doubt after an examinership process to keep their trading company afloat ended without success today. A liquidator is now likely to be appointed and the club will not play in 2020 having not been granted a League of Ireland licence.

As the stark situation unfolds, Limerick FC manager Tommy Barrett joined us on Off The Ball to share his perspective on what's been going on and where soccer in the city needs to go.

"It's really disappointing. I think it's the first time since 1937 it looks like there isn't going to be a club in the city, county or the region," he said.

"We in Limerick pride ourselves as a sporting city and county. And it becomes a huge blow but I'm not overly surprised."

He also gave an insight into soccer's struggles in the city as it vies with other sports like hurling, rugby and Gaelic football.

"We spent 20 years in the First Division with very low numbers, struggling along," said the 40-year-old.

"I think the last senior international we had was like 40 years ago that we produced in Limerick. For a town, city and county that size, it's staggering." 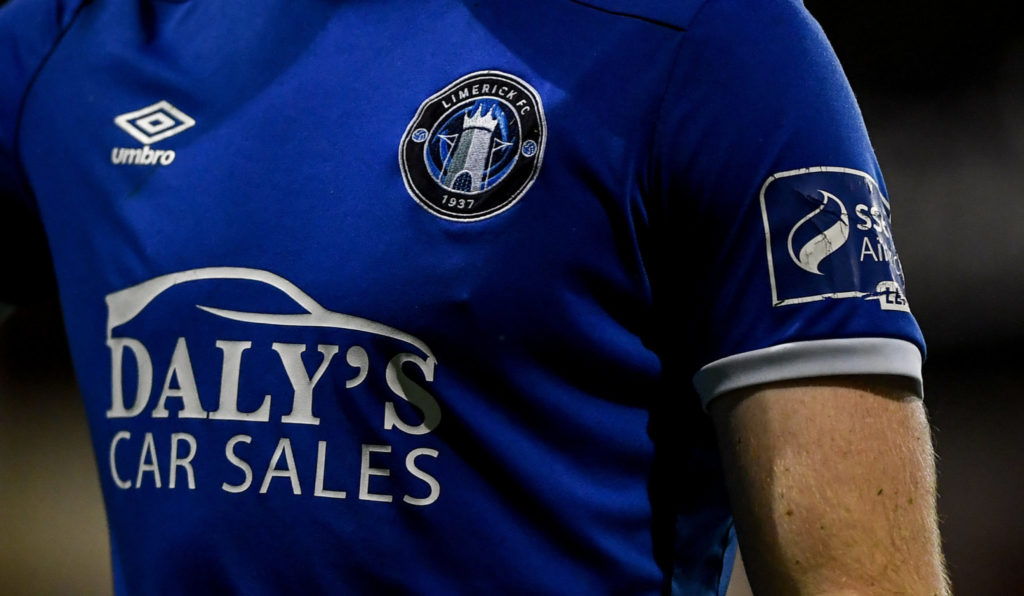 21 September 2019; A detailed view of the Limerick FC jersey during the SSE Airtricity League First Division match between Shelbourne and Limerick FC at Tolka Park in Dublin. Photo by Stephen McCarthy/Sportsfile

Barrett also pointed out that the "structures aren't there" for soccer in the city.

"The schoolboys league themselves don't have a league to play matches in," he said.

"The LDLC have a ground obviously, and it's a good ground. But the infrastructure isn't there first and foremost.

"And then junior soccer is strong with some very strong junior clubs. But that doesn't seem to translate onto senior football."

He also touched on the barriers when it comes to development coaches in wake of the issues around the FAI.

But Barrett's main concern is creating a structure and also encouraging the next generation of young Limerick soccer players to see a pathway forward.

"We have to create an industry. We haven't got one!" he said.

"It's the future players and the lads that are 18, 19 or 20 now. We blooded a lot of good young lads last year and we already had two or three [going to other clubs]. It's great that they're going to stay in the league and I'd hope they stay in the league. But I'd worry about the 16, 17 and 18-year-olds in particular. They might be lost to the game."

You can watch the full chat with Tommy Barrett above via our YouTube channel.