Kevin Kilbane was back on the Off The Ball Football Show tonight and it was perfect timing. With...

Kevin Kilbane was back on the Off The Ball Football Show tonight and it was perfect timing.

With last night's The Best FIFA Football Awards causing consternation, he had the unenviable task of coming up with an alternative version of his own for Best Player, Best XI etc

When it comes to Player of the Year, he had no complaints. The former Ireland winger feels Lionel Messi and his"incredible year" were deserving of the gong ahead of Virgil van Dijk and Cristiano Ronaldo.

"And although Liverpool beat [Barcelona] in that semi-final over two legs, I can understand the argument. I can understand if someone said Van Dijk. But personally, I would probably go Messi."

He also added that "it's a lot more difficult to do what Messi does than what Van Dijk does".

But it's the XI of the Year and Coach of the Year where Kilbane diverges from the official results. 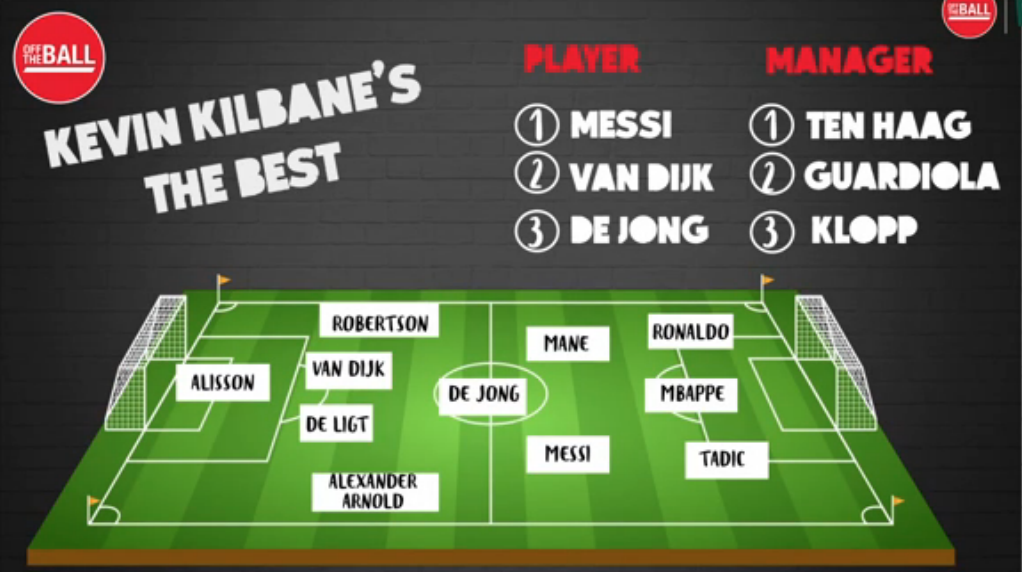 The Alternative The Best Awards includes a few changes

Like many, the decision to include Real Madrid duo Sergio Ramos and Marcelo in the XI flabbergasted him.

So, as you can see above, Liverpool's full-backs made into the Kilbane XI.

"Andy Robertson was the best left-back in European football last year. Definitely," he said with emphasis.

He also left out Luka Modric, with Ajax's Dusan Tadic making it in after excelling in the Champions League.

"I think he made a real difference to Ajax," he added.

"In the big games, Tadic was brilliant."

Meanwhile for the coach of the year, he's chosen Ajax manager Erik Ten Hag over Jurgen Klopp and Pep Guardiola.