The issue of VAR has bubbled under and over the surface in the Premier League this season. And th...

The issue of VAR has bubbled under and over the surface in the Premier League this season. And this weekend was no different!

But one major issue for fans is that the decision-making process is invisible to supporters in the ground. Long stoppages during VAR reviews also exacerbate the problems. Supporters are left none the wiser as to what is going on, thereby impacting the atmosphere.

In other sports, like rugby, some of the conversations between referees and video officials can be heard by viewers.

For ex-Everton and Chelsea winger Pat Nevin, that lack of consideration towards match-going football fans, is unacceptable.

He also challenged one of the arguments made against giving match-going fans the full picture.

"The argument is 'oh, you can't trust football fans, they'll get violent and they'll fight'. Nonsense!" he said.

"Treating them with that lack of respect... it's just the insularity of it. It's just too insular. And it's up to everyone. It's fans, ex-players and everyone in the media. We've got to make a noise about this and we've got to say, 'You people have to listen to us. Your arrogance of thinking you know better than us is wrong!'" 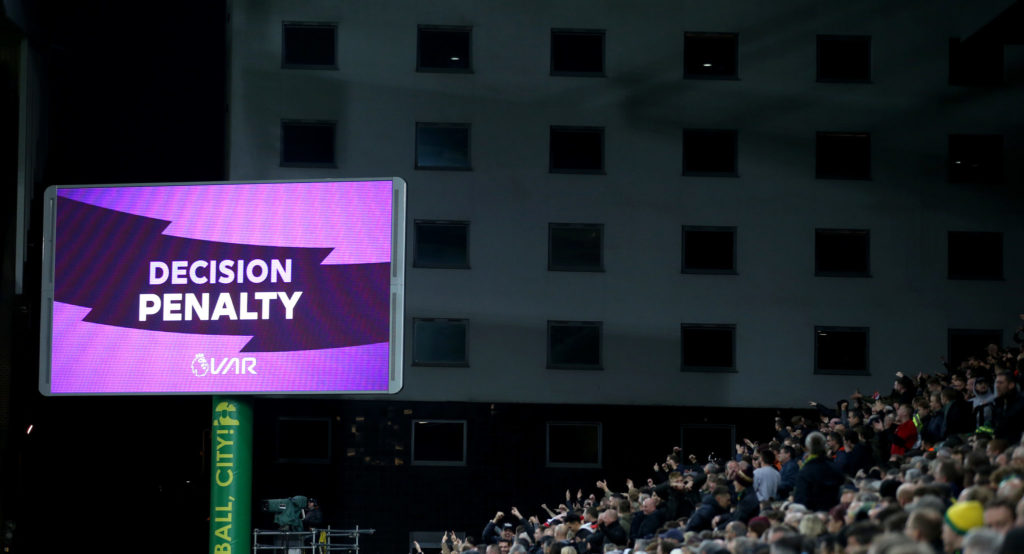 Pat was also at Everton's 1-1 draw with Tottenham on Sunday. Everton's Andre Gomes' horrific ankle injury marred proceedings, with players from both sides visibly shaken. Son Heung Min, who made the initial challenge on Gomes, was clearly distraught. But he also received a red card, with referee Martin Atkinson initially pulling out a yellow card. It appeared his change of mind occurred after seeing the extent of Gomes' injury.

Pat feels the red card was the wrong decision in this instance and that Atkinson should also have stuck with his initial instinct.

"The yellow card was out and you shouldn't change your mind on that," he said.

"Having said that, I can say this for certain, Son was walking off anyway. If he wasn't sent off, he was walking off. He couldn't cope with [what he saw]. But it wasn't a sending off."

He added that "every single tackle that misses its target, can be described as" endangering an opponent.

You can watch the full chat with Pat Nevin on our YouTube channel as part of the Football Show or also as a podcast.