Josh van der Flier has become one of the in-form back-rows in world rugby right now according to ...

Josh van der Flier has become one of the in-form back-rows in world rugby right now according to Matt Williams.

The Ireland international excelled for Leinster against Northampton in the Heineken Champions Cup on Saturday as Leo Cullen's side beat the Saints 43-16 at Franklin's Gardens.

"He was absolutely brilliant in attack and defence - as he has been, to be fair to him, in the whole Champions Cup," he said.

"There was one particular moment in the second half where he chased back on a break and made a wonderful diving tackle.

"He slid to his feet, used the momentum of the ball-carrier and was straight on the ball and forced a turnover. It was just text-book, classical open-side technique, aggression, desire and that's one other aspect." 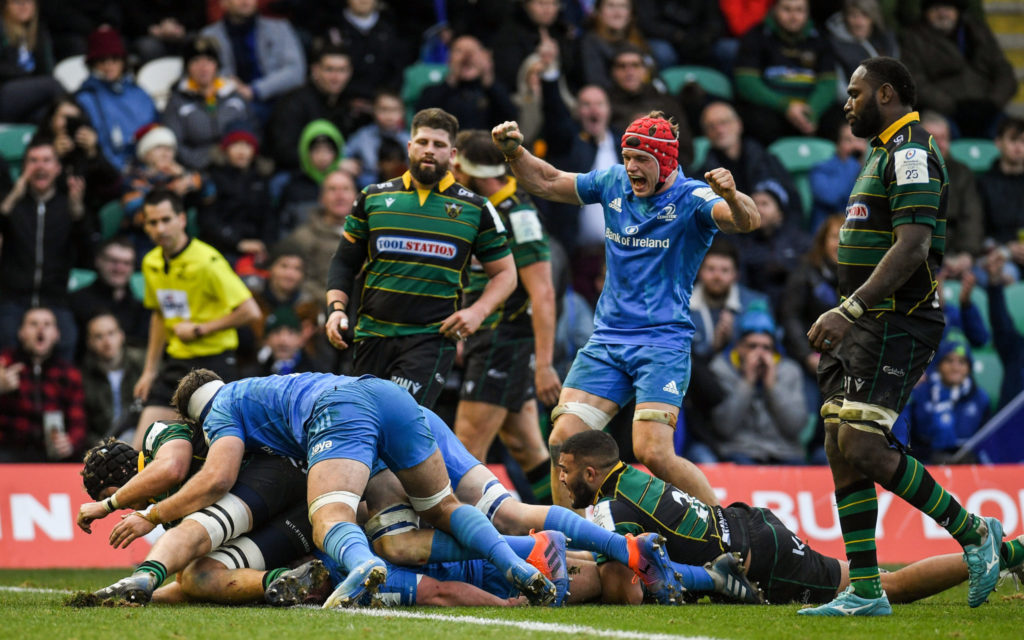 7 December 2019; Josh van der Flier of Leinster celebrates a try by Ed Byrne during the Heineken Champions Cup Pool 1 Round 3 match between Northampton Saints and Leinster at Franklins Gardens in Northampton, England. Photo by Ramsey Cardy/Sportsfile

He also added that the Leinster defence as a whole was "superb" in the second half.

"And Josh was the heart and soul of that in every aspect," Williams added.

"Van der Flier, wow! He's one of the great form back-rowers in the world at the moment."

Williams also discussed Jordan Larmour's showing as he cements his place as the lead full-back for nation and province.

"He's got the No 15 jersey for Ireland now! There's no doubt about that," he said.

"Doesn't mean we've seen the end of Rob Kearney for Leinster. And it doesn't mean if there's an injury that he won't come back for Ireland.

"But I think there is going to be a changing of the guard. And we just saw the reason why on Saturday."