Brian O'Driscoll says he was left "aghast"at the extent of France's disorganisation against Irela...

Brian O'Driscoll says he was left "aghast"at the extent of France's disorganisation against Ireland.

The Leinster and Ireland legend joined us on Monday Night Rugby in the wake of Ireland's dominant 26-14 win.

The result leaves Ireland still alive in the race to win the Championship. But they will have to beat Grand Slam chasing Wales to have any chance.

He feels Ireland will be satisfied with the showing.

However, it's the way France approached Ireland in the first half and opening try that stunned BOD.

"I think I was just annoyed with France, with the way they started the game," he said. 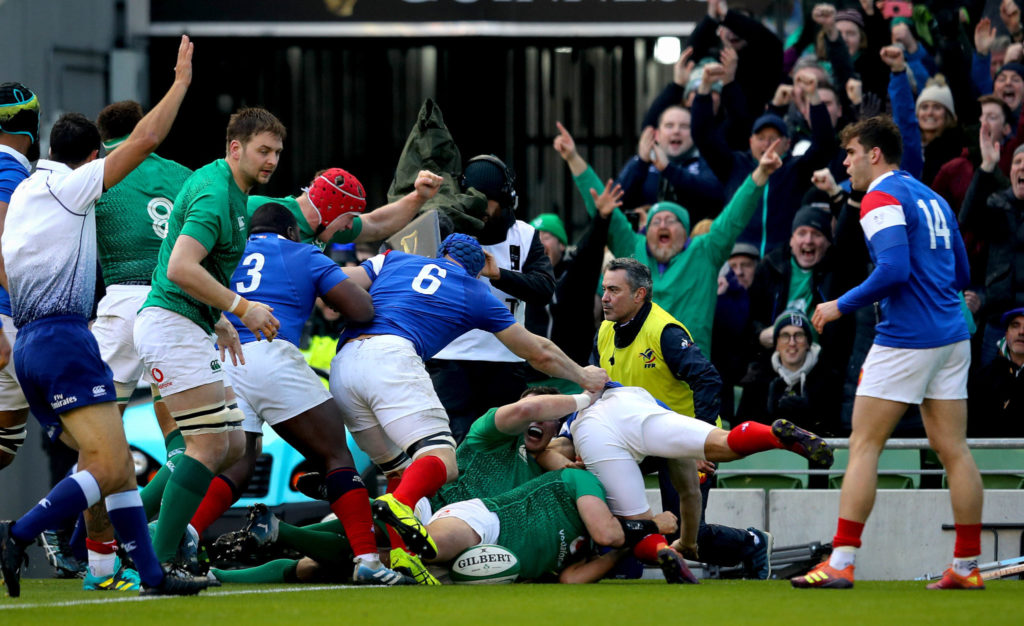 "They sort of rubbed me up the wrong way. To allow Ireland into the game as seamlessly as they did within three minutes is exactly what France didn't need.

"I'm aghast at how bad defensively that is. We were in the studio and we were all shocked within touching distance of the kick-off. The lack of organisation or understanding of when one person out of position, you've got to facilitate someone else going in."

Indeed, he feels it wouldn't be acceptable at amateur level.

"If that happened at school's rugby, you'd be pulling your hair out," said Brian.

Jordan Larmour was at full-back for Ireland. But is he ahead of Robbie Henshaw in the 15 pecking order behind Rob Kearney? BOD feels the aerial game is what separates the trio.

"I think Jordan's not there. And will he get there? I hope so. But it's definitely the part of his game, if he wants to play in the 15 jersey, that he's going to have to work on most. Because as a smaller man, you will get targeted."

But he also added that Andrew Conway is another option.

You can watch the full chat with Brian O'Driscoll above on the video player.