Iran's silent protest of their national anthem was seen as brave and poignant by some, and 'too little too late' by others in the country, according to New York Times journalist Jere Longman.

Iran's silent protest of their national anthem was seen as brave and poignant by some, and 'too little too late' by others in the country, according to New York Times journalist Jere Longman.

While much of Europe eagerly awaited the European countries armband protest in solidarity with the LGBTQ+ community in Qatar during the World Cup, it was Iran's silent protest during their national anthem that had people talking on Monday.

The Iranian national side refused to sing their anthem ahead of their clash with England in their opening game of the World Cup in Qatar.

The protest seemed to be in solidarity with protests ongoing within the country against the Iranian government and Islamic regime.

These protests were sparked by the  the death of Mahsa Amini, a 22-year-old woman who died after being detained by Iran’s morality police, allegedly for not abiding by the country’s conservative dress code.

The silent show of respect on Monday was met with a loud reaction from the Iranian fans. However, the cheers and jeers were not clearly in favour of what the players were doing, or against them for showing up to the tournament in the first place.

Speaking on The Football Show, Longman examined the Iranian side's history as a representative of the country, not the regime.

"What you saw on Monday during the playing of the national anthem was actually a more complicated situation than appeared originally." 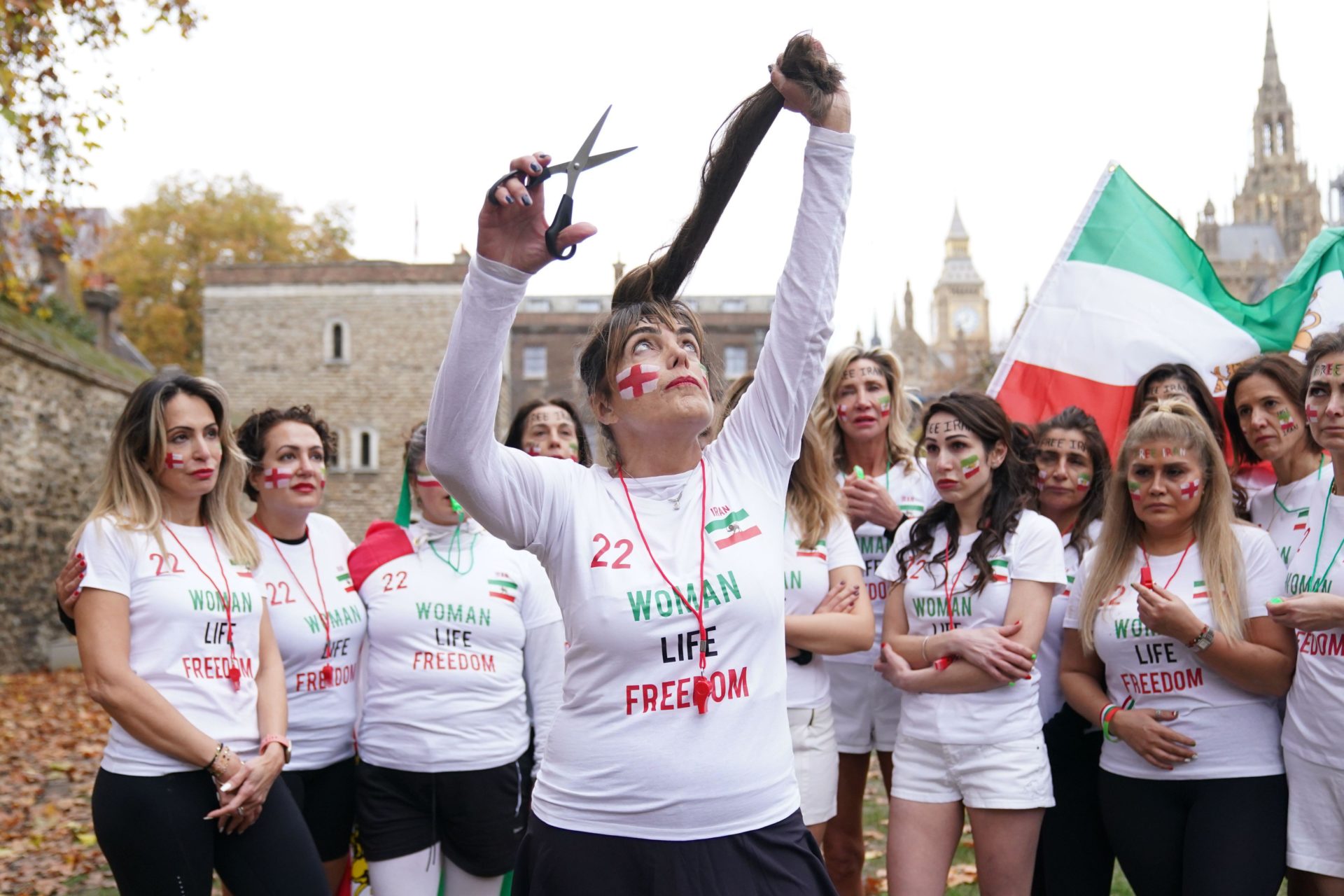 Iran's protest has received a mixed response back home

While some have argued that it is important for Iran to show this resistance to the regime at home on a global stage, others have suggested that they should not be in the World Cup at all.

Longman explained the different feelings towards the Iranian national side from the activist groups in the country.

"There's been a number of people who believed Iran should not be at the World Cup," Longman said. "Some believe they should go and perform some sort of act of civil disobedience.

"Some people appreciated them not singing the national anthem and not celebrating after each goal. Some activists thought it was too little too late.

"Actually, in the crowd, while some people booed, people also chanted: 'without honour'. It is unclear whether they were chanting that at the players because they didn't want them to be there, or just the idea in general of Iran being at the World Cup."

This is not the first time that Iran have protested their anthem and the government in recent months. Since the start of the national protests, Iranian footballers at national level and local level have engaged in similar symbols of solidarity with protestors.

For this reason, though, Longman feels many believe continuing to protest the anthem in Qatar is the least that this group of players can do.

"The national team has been not singing the anthem since before the World Cup," Longman said. "Both the national team and the domestic league teams haven't been celebrating goals.