England and Spurs legend Jimmy Greaves has been admitted to hospital with an unspecified illness....

England and Spurs legend Jimmy Greaves has been admitted to hospital with an unspecified illness.

Greaves, who also played for the likes of Chelsea, AC Milan, and West Ham United over the course of his career, is fourth on the list of all-time England goalscorers, behind Wayne Rooney (53), Sir Bobby Charlton (49) and Gary Lineker (48).

He remains Tottenham's all-time leading goalscorer with 266, and is also the highest goalscorer in the history of English top-flight football, with 357 goals.

Spurs have released a statement on the news of Greaves' hospitalisation, with a further update on his condition expected today.

We can confirm that our record goalscorer Jimmy Greaves is currently being treated in hospital. We are in touch with his family and will provide further updates in due course.

Everybody at the Club sends their best wishes to Jimmy and his family. pic.twitter.com/tDneZxDc3m

"We can confirm that our record goalscorer Jimmy Greaves is currently being treated in hospital.

"We are in touch with his family and will provide further updates in due course.

"Everybody at the Club sends their best wishes to Jimmy and his family."

His long-time friend and agent Terry Baker posted an update on Facebook last night, in which he referenced Greaves' previous health issues.

"I can confirm Jimmy is in hospital tonight. We will release a statement tomorrow regarding the condition , please please respect the family and if you are press do not phone his home tonight.

"His current condition and prognosis will be revealed mid morning tomorrow. If you love him like I do, have good thoughts for him as you go to bed tonight.

"He is my biggest hero of all time and as lots of you know I kind of lived your dream by becoming best friends with him for over 20 years.

"He has endured a very difficult five years since his massive stroke in 2015 so spare some time to think of my lovely mate tonight. And watch this space for an update tomorrow."

Greaves moved into punditry after his time on the pitch ended - including appearing on 'Saint and Greavsie', alongside Ian St John. 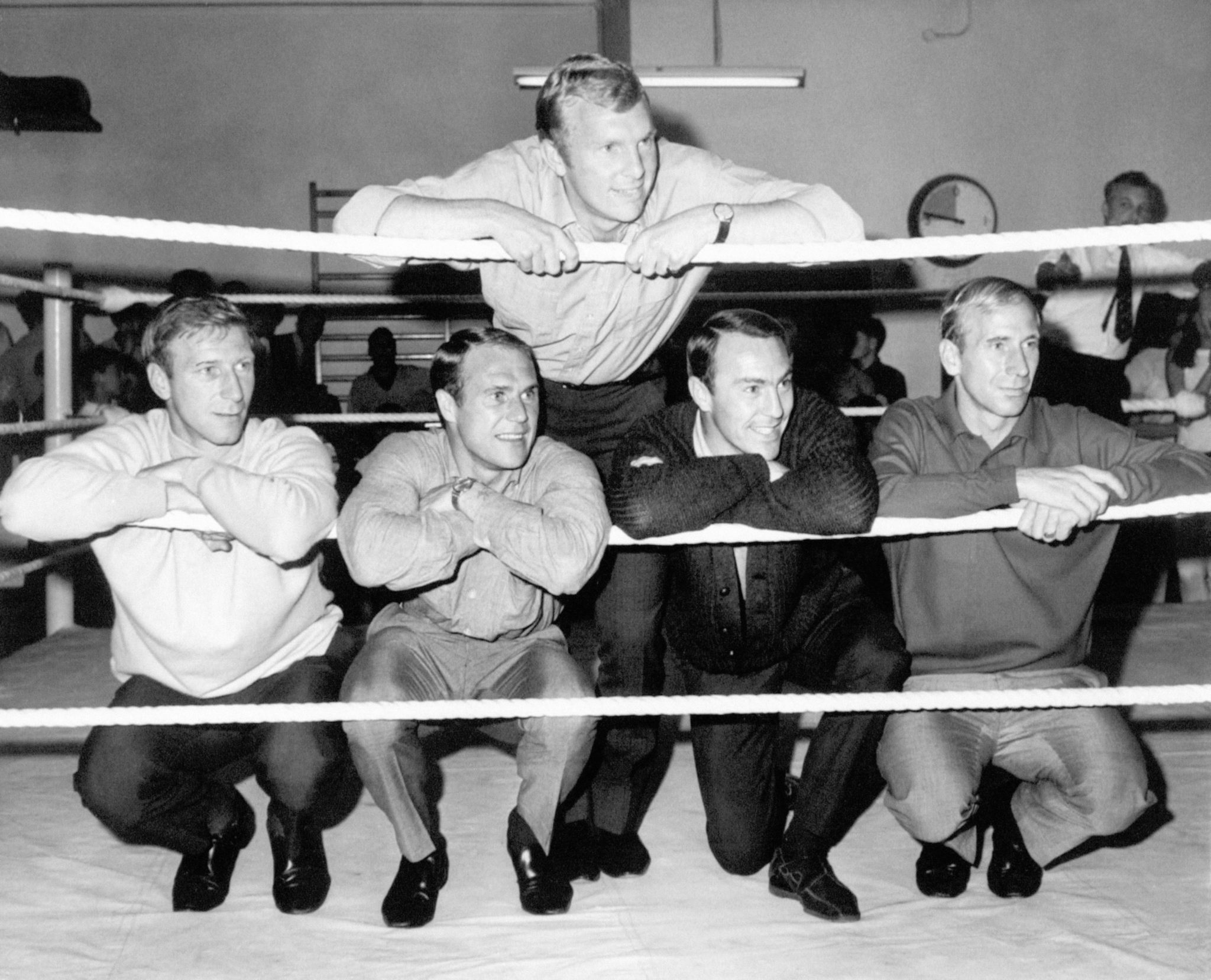 Members of England's World Cup squad pose for pictures inside the ring at a London gym, where they had hoped to catch a glimpse of World Heavyweight Champion Muhammad Ali training for his fight against Brian London: (l-r) England's Jack Charlton, Ray Wilson, Bobby Moore, Jimmy Greaves and Bobby Charlton

Back in February, John Giles told us on Thursday Night Football that if Greaves were playing today he'd be up there with the very best in the world.

“It was a little bit more difficult because of the state of the pitches, and I have to mention that as an old player.”

“If Jimmy Greaves was playing today he’d be up there with Messi."

Giles also acknowledged that Greaves was quite unlucky during the 1966 World Cup that England won on home soil.

“I think he was very, very unlucky at that particular time obviously to get an injury but England didn’t play well in the first three matches.

“Jimmy was the type of lad that needed a supply, he wasn’t a grafter and he didn’t get out chasing people around.

“But after the World Cup, he immediately got into the team again and he was just unlucky that the three games he missed that were the World Cup quarter-final, semi-final and final.

“He was by far and away their best striker over the years and he was terribly unlucky not to play in the World Cup-winning team."