As John Giles exclaimed, "Where has the time gone?" Indeed! USA 94 is a quarter of a century ago ...

As John Giles exclaimed, "Where has the time gone?"

Indeed! USA 94 is a quarter of a century ago and it's making many of us feel distinctly older than we realised.

With memories flooding back from that World Cup, we got John Giles' take on that tournament 25 years on.

John was on TV punditry duty for that World Cup and recalled a "well run" tournament in a country he played in during the 1970s.

"We had a great selection of players at that time - and  before," said John of Ireland.

"For the World Cup, we had five centre-halves, top centre halves."

But one stood head and shoulders above the rest, especially in the opening win over Italy.

"Paul could keep anybody quiet on any given day," said John of the way McGrath quenched the threat of the world class Italian attackers. 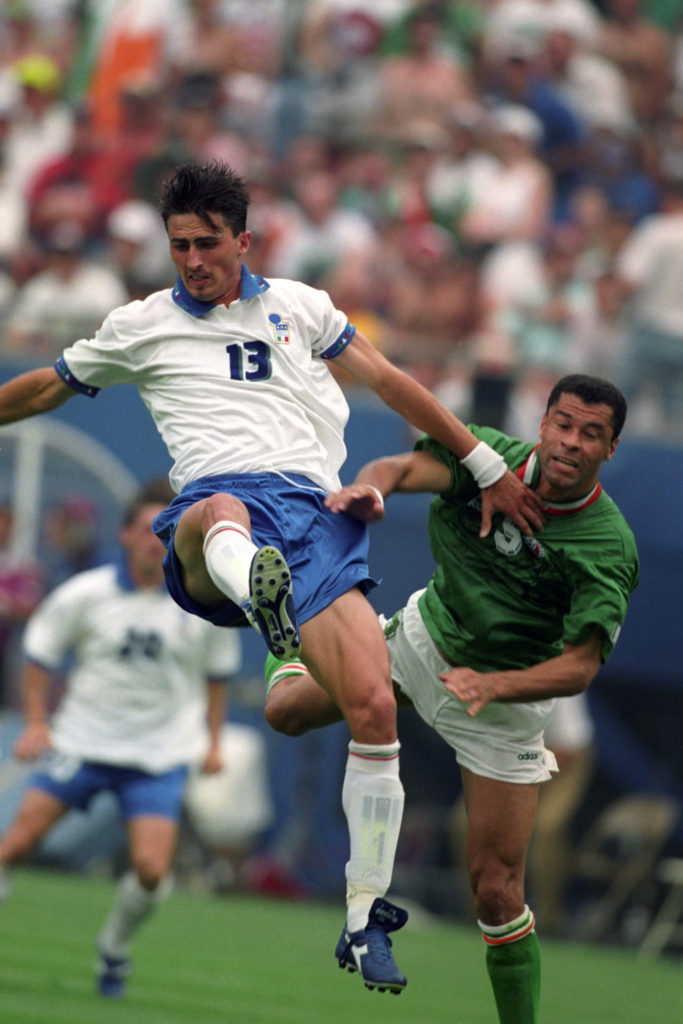 "Paul was one of our great players and what he did was extraordinary. I mean, the injuries he had to his knees when he was at Aston Villa for example, he couldn't train.

"When I was a kid playing, Matt Busby had a saying, 'You only get out of this game what you put in. And if you don't look after yourself, you'll be out of it by the time you're 30.'

"Which was true. I've seen a lot of players not look after themselves out of the game by 30, and Paul wasn't known for looking after himself.

"And he played till he was about 38. He was phenomenal."

John added that the "wisest thing" for McGrath was not to train because of the damage that could have been inflicted on his knees.

"Other lads who could train, just weren't as good as Paul when it mattered most on the pitch," he said.

"But that's where he was a phenomenon. I never came across a player like that who couldn't train properly all week and put the performances in that he did. When you looked at him on the pitch, he looked fitter than anybody else."

He also praised McGrath's "great attitude" and also pointed out that the other phenomenal aspect was that the ex-Man United defender moved to England at a relatively late age.

You can watch the full chat with John above via the video player.