Officials have been told to remind players of the need to tone down goal celebrations due to the surge in cases of COVID-19 in the UK.

Elite sport has been allowed to continue in England despite the country being placed in a new national lockdown but Premier League clubs are under scrutiny due to a rise in positive tests among players in the top-flight.

The Premier League has not discussed the possibility of taking a break during the season but football will continue to come under pressure if clubs are not deemed to be following guidelines. 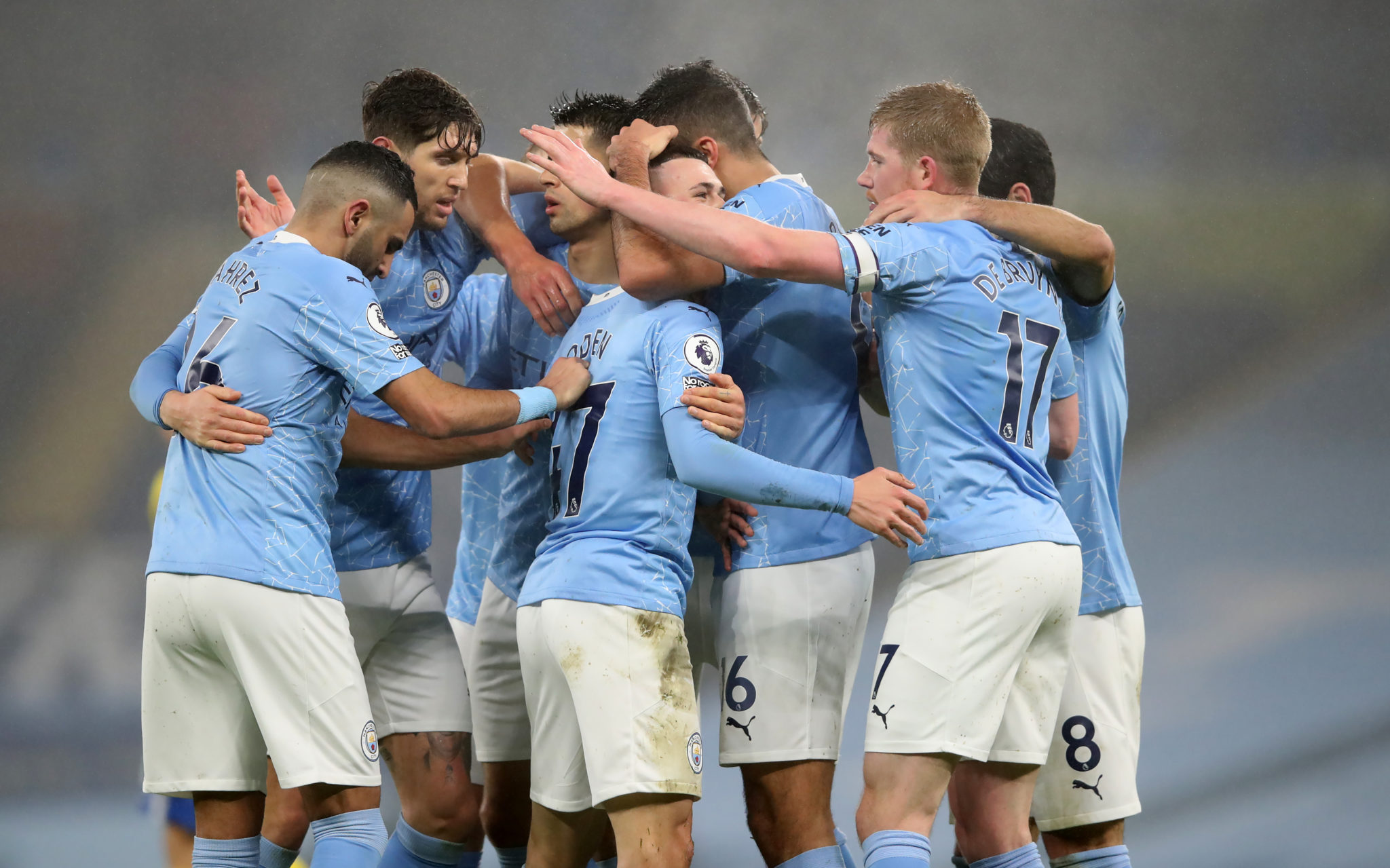 Pep Guardiola admitted that cutting out goal celebrations is not something that will come naturally to his players.

"We will follow what the Premier League says but I don't know if we will be able to do it," said Guardiola.

"I respect the Premier League protocols. I understand completely what they are trying to do. When we are indoors everyone respects social distancing.

"We have to do it. But outdoors, on the training pitch, after being tested many times, in the real moment of joy, [hugging] is instinct and reaction.

"It is difficult. I don't know if we will be able to do it."

Guardiola believes the real problem for players is when a goal is scored.

"We are going to follow them. But when one guy scores a goal, I don't know if they can be controlled and not celebrate it.

"All of us are tested negative, every two days. I don't know what is going to happen - but one guy scores a goal, the joy to celebrate it, I don't know if he is going to think, 'I cannot hug my mate for two, three seconds'.

"One guy is isolated and the group has to continue. So, I don't know. We follow what the people say at the club, the Premier League. We follow the rules. That is what it is."

City's 1-0 win moved them up to third place in the Premier League and within four points of leaders Manchester United.

City have a game in hand over United and second placed Liverpool and will leapfrog Jurgen Klopp's side if they win that game.