Ahead of the start of the 84th edition of The Masters tomorrow, Europe's Ryder Cup captain Padrai...

Ahead of the start of the 84th edition of The Masters tomorrow, Europe's Ryder Cup captain Padraig Harrington has hailed Augusta National as the "ultimate golf course".

Tiger Woods will be seeking to make it back-to-back green jackets this weekend while big-hitting American Bryson DeChambeau is the favourite to win the major on Sunday.

There are reports that the tournament committee may seek to move tee or pin positions in order to stop long driving players from dominating the course, and Harrington told Wednesday night's Off The Ball that the course will prove a stern test for the field.

"I find the golf course very difficult, I find it very intimidating. I don't think that sometimes comes across. It actually is the ultimate golf course, they have a lot of control over it.

"Essentially, if you get yourself into contention, you still have to keep making birdies, even though there's the potential to make double-bogeys.

"There's a lot of pressure to keep going, at a US Open or Open once you get yourself in the lead then you're hanging in there a lot of the time. You can play into the middle of the greens or get up and down and that's good enough.

"But at The Masters you could have a one shot lead with nine holes to play and have to shoot three-under-par on that back nine to win. I found it a stressful golf course, it's a lot of big shots, a lot of intimidating shots.

"When I played the course in 2002 it was short and the organisers made the pin positions very tricky to try and defend the course, whereas when they lengthened it (from 2003), they started using very reasonable pin positions.

"When you have a bigger golf course it's easier to set up fairer. The reason I bring it is because they can defend the course if they're afraid that someone is going to overpower it. And obviously we're talking about the fact that DeChambaeu might overpower the golf course. They have the ability to do a lot of things.

"At Augusta they know the effect which moving a pin position by three feet has on the scoring. They know everything about us there, they monitor every shot that's hit in practice, let alone in the tournament." 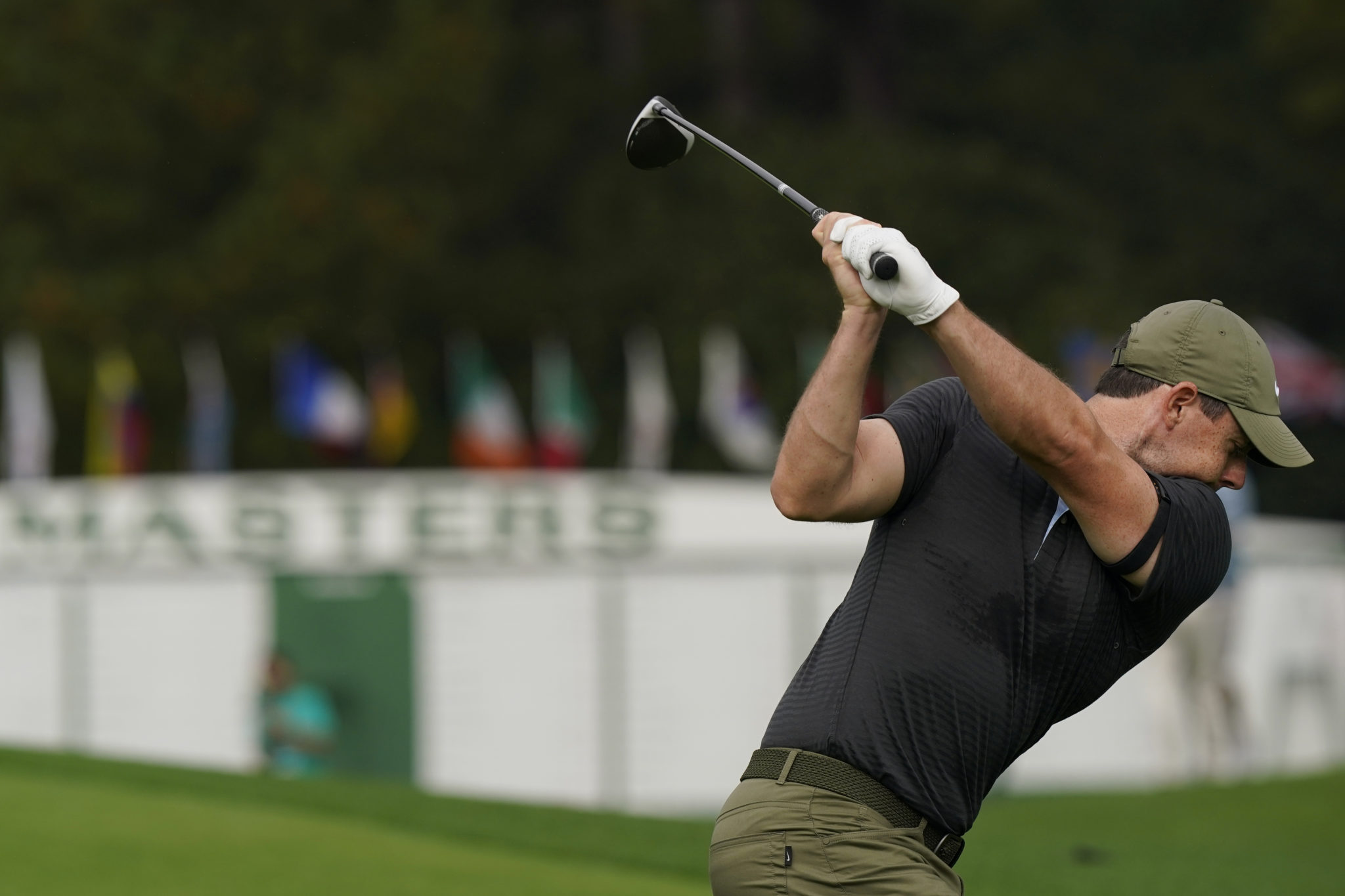 Rory McIlroy, of Northern Ireland, tees off on the first hole during a practice round for the Masters golf tournament Wednesday, Nov. 11, 2020, in Augusta, Ga. (AP Photo/David J. Phillip)

Rory McIlroy is aiming to land the only golf major missing from his collection, and the Northern Irishman says he intends to play "smart" around Augusta over the next four days.

Harrington thinks the former world number one is deliberately playing down his own chances to keep external pressures at bay.

"He's got to think of this, and majors, as buses. They may not come along for a while but he may then win a bunch of them.

"He might win three or four majors over the next four years but he just has to stay patient. And unfortunately, him trying to be patient can come across to the public like he's too relaxed or he's not in it but getting uptight is not going to help him either.

"We definitely over-analyse where he's at. As good as Rory is, major championships are not as seamless as people think they are.

"We don't know exactly where he's at in his own head, maybe he is a bit relaxed. A lot of people when they're a new dad they play better for around a year.

"By this time next April, he could have two Masters!" 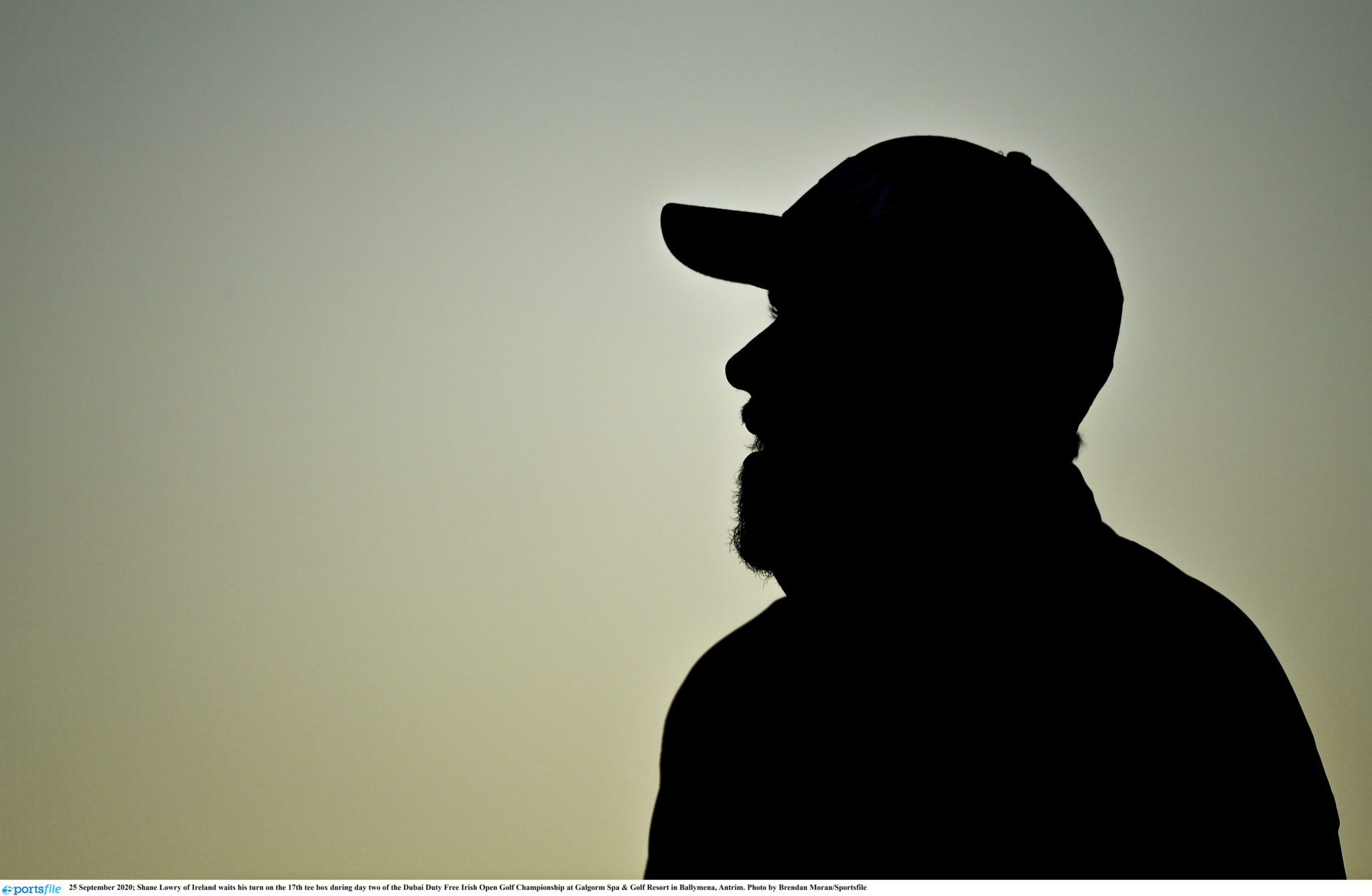 The Open champion Shane Lowry will have his boyhood hero Tiger Woods for company for the first two rounds and Harrington says that could prove more stressful than enjoyable for the Offaly man.

"Shane is going in with a good frame of mind, his game is in good shape but I do think getting drawn with Tiger is an extra stresser.

"Ideally at a golf tournament you want to keep everything for Sunday. You don't want to burn yourself out on Thursday and Friday and playing with Tiger is putting you in that position where you get excited, you get stressed, it can mean that it could be a long week for Shane.

"He might play well with Tiger on Thursday and Friday and then be flat on the weekend. For a guy who would have grown up watching Tiger, that is a big deal...a milestone in his career.

"I think he'll get through it but I just think he'll have to watch out for that little downer on Saturday after playing for two days with Tiger."

McIlroy: Missing the cut in Texas beneficial to my Masters challenge