A number of weather warnings have been issued, as a storm is set to come on to Irish shores from ...

A number of weather warnings have been issued, as a storm is set to come on to Irish shores from Friday night.

'Storm Hannah' has been named by Met Éireann and will bring severe gales.

Strong winds are also expected for southern parts of the UK.

#StormHannah has been named by @MetEireann. The storm will bring severe gales to Ireland on Friday night, with strong winds also expected for southern parts of the UK pic.twitter.com/esuddjvNyP

The forecaster says it will become stormy on Friday evening and overnight as Storm Hannah moves in.

"Be prepared for possible disruption and power outages", the forecaster says. 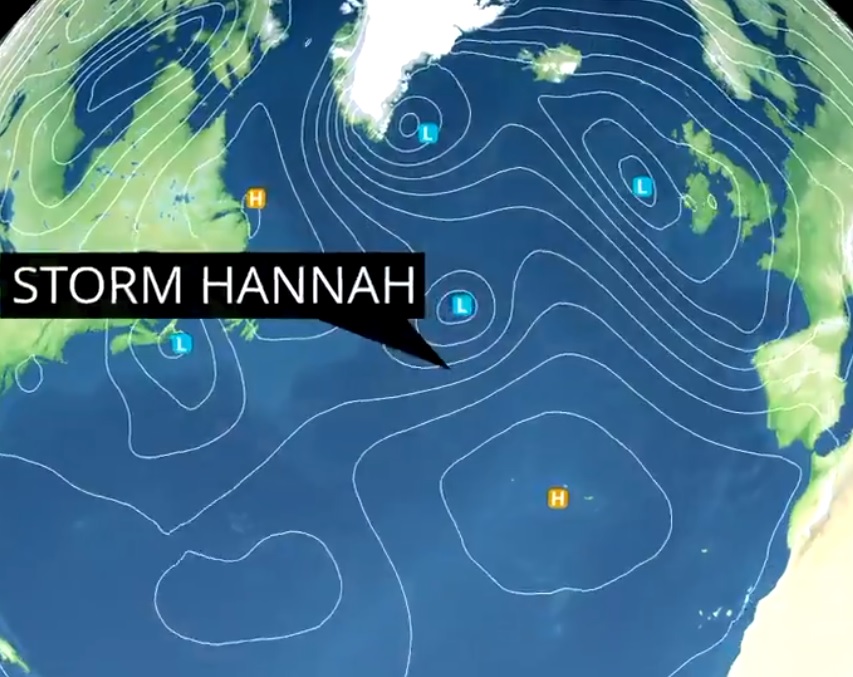 This alert is in place from Friday at 4.00pm until early Saturday morning.

It is set to become very windy on Friday night and for a time on Saturday morning.

Southerly winds will veer northwesterly and reach mean speeds of 50-65km/h with gusts of 90 to 110 km/h.

Depiction of dead body in post office in parades is 'so offensive', so hurtful', says friend

Low temperature warning issued for most of Ireland