A cap on the number of Ukrainian refugees has been ruled out.

A cap on the number of Ukrainian refugees has been ruled out by the Minister for Housing Darragh O’Brien.

Yesterday, Fianna Fáil TD Cathal Crowe said he thought his Clare constituency had exceeded its capacity to house Ukrainians who have arrived in Ireland since their country was invaded.

"There is no shame whatsoever in us as a county, and us as a country, in saying 'we have done everything we can'," he told Clare FM.

"And we want to do more but right now, capacity, in terms of healthcare, transport, accommodation has not just been reached but exceeded.”

The European Union has granted Ukrainians the right to live and work in the bloc until March 2024 and Minister O’Brien said a cap is not legally possible.

“I don’t agree with Cathal and I think in this instance he’s wrong,” he told The Pat Kenny Show.

“We have an obligation under international law but I think we’ve a moral obligation too.

“And we have handled it; it hasn’t been without its difficulties or challenges but I think if anyone was asked in January of this year [about us] accommodating 60,000 new arrivals - and as I said, not without its challenges - but we have done that.

“And that doesn’t include people from other countries who are fleeing persecution too - about another 15,000.” 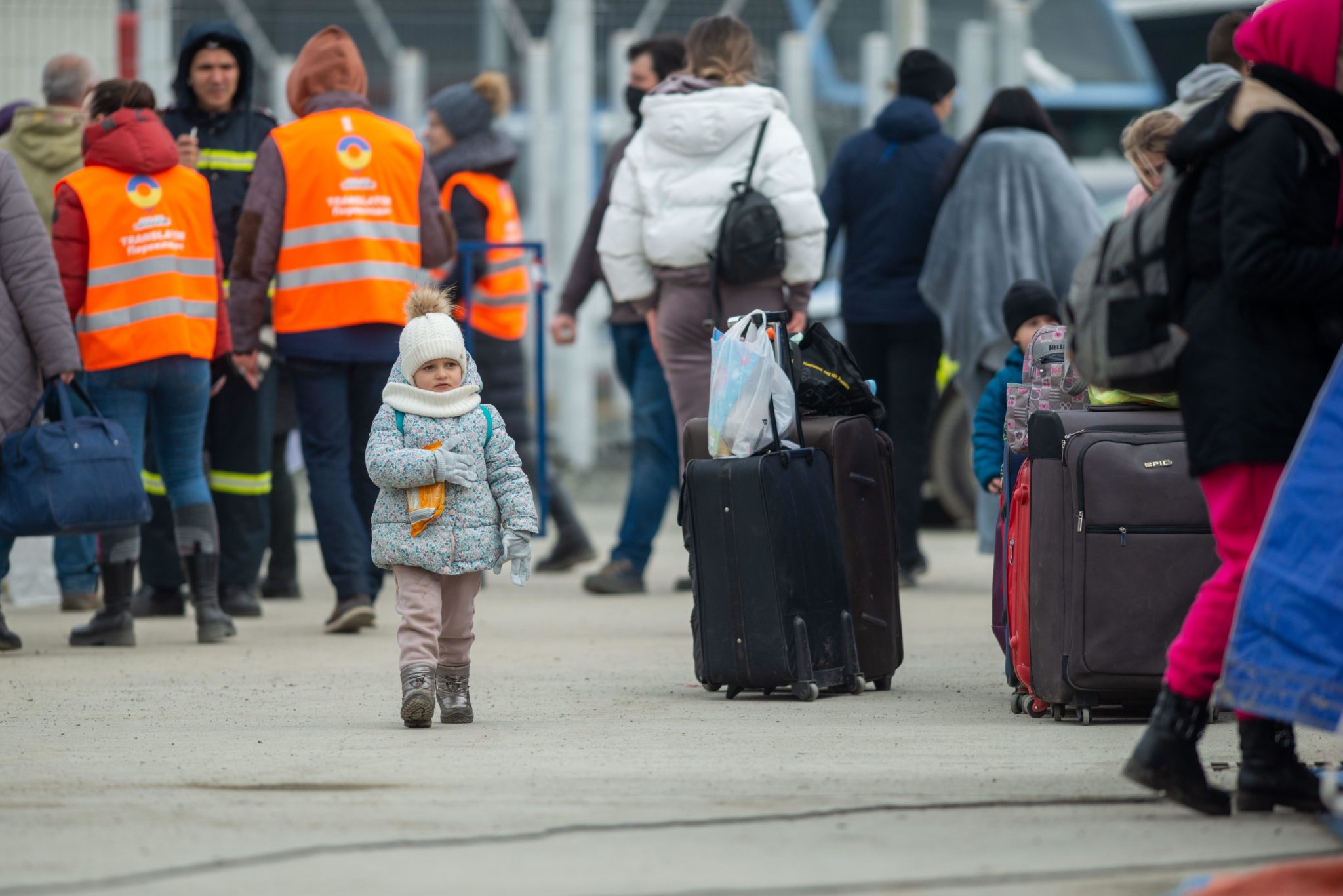 Ukrainians walk from Ukraine to Isaccea in Romania after crossing the border on March 5th 2022. Picture by: Liviu Pazargic / Alamy Stock Photo

Tourist towns in particular have welcomed large numbers of refugees and Minister O’Brien said he understands the pressures that places on communities.

“I fully understand that there are communities right across the country - we wouldn’t be able to do this without their support - and some communities are under pressure and we’re looking at how we can alleviate that for them through additional community funds and facilities,” he said.

“It hasn’t been easy right across the country but we will not be bringing in a cap and I think in this instance I don’t agree with Deputy Crowe.”