An Irish man who fled Afghanistan with his family says he is very happy and relieved to be home, ...

An Irish man who fled Afghanistan with his family says he is very happy and relieved to be home, especially for his daughter's sake.

Omid Ahmadi, who has lived in Ireland for 18 years, travelled to Afghanistan with his wife and two daughters before the Taliban seized control earlier this year.

The family were evacuated from the country last week.

He told Newstalk Breakfast they were unsure they would get out, until the plane actually took off.

"It feels great and relief that we are back home, thanks to our Irish authorities back in Abu Dhabi - with tremendous work and tireless work that they have done.

"Fantastic the way they have us hospitality back in Qatar, the way it was organised - it was fantastic to be home".

He says he is especially glad to be back in Ireland for the sake of his girls.

"They were terrified being there - I took them out for a walk, the next day we were here, and the question was 'Are the Taliban outside?'

"Since Halloween is nearby there were a few fireworks in our area, and Jesus - the run that they had taken hiding from those sounds".

He says authorities were working with partners, mainly Qatar, to organise a flight.

"They were waiting for an opportunity to come, and the minute it came they grabbed it and luckily we are here.

"Being there was uncertain, not knowing what's going to happen tomorrow, but luckily we got out". 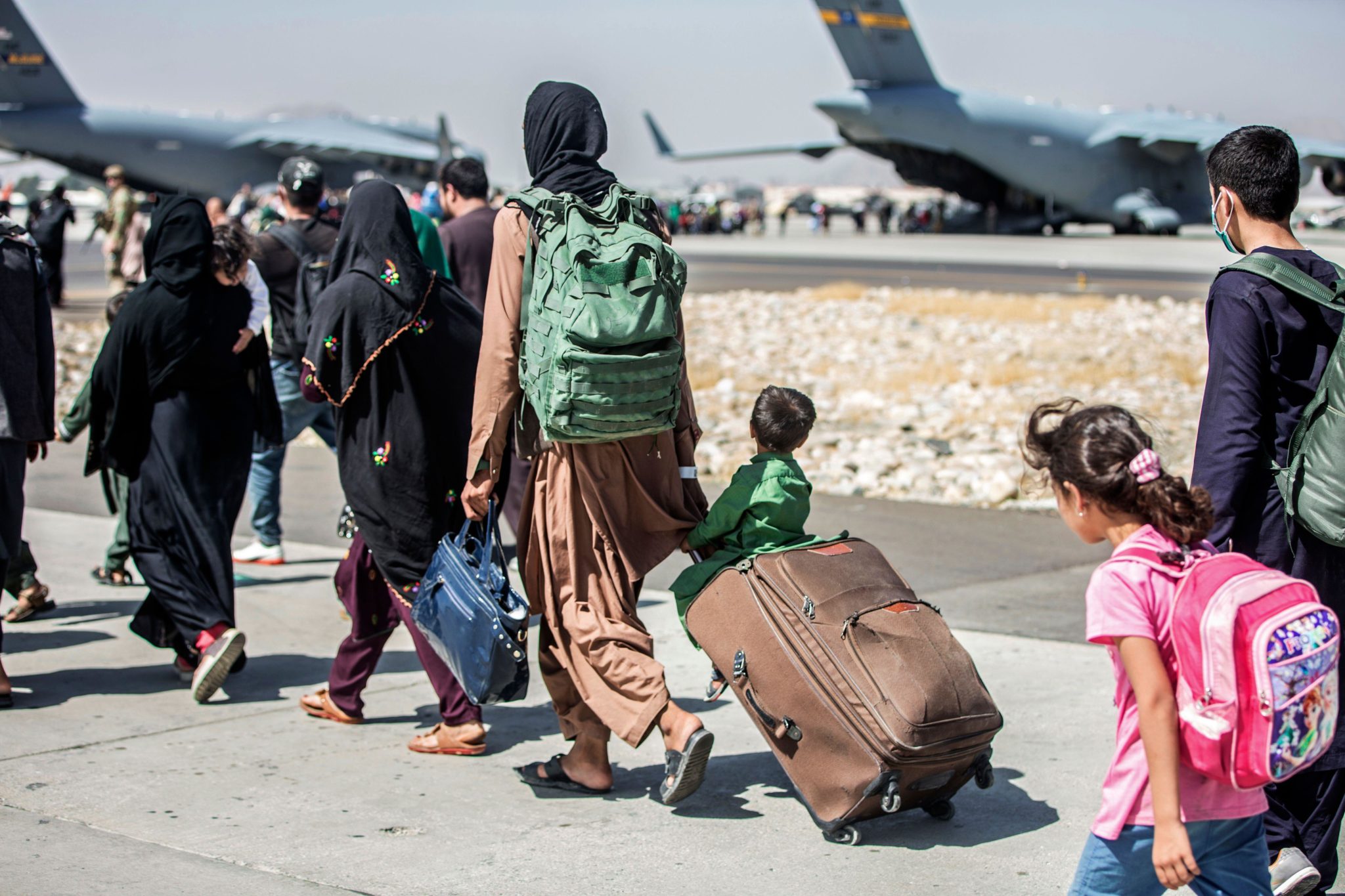 People prepare to board a flight during an evacuation at Hamid Karzai International Airport in Kabul, Afghanistan on August 24th, 2021. Picture by: David Branson / Alamy Stock Photo

Omid says they were concerned they might be stuck there indefinitely.

"We didn't know if there would be any flight, or if we had to take any other route.

"But we were worried a lot - until the plane took off the ground we were uncertain if we would be able to get out".

And he says changes in country after the Taliban took control were tangible.

"Compared to what it was, it certainly had changed - not in a positive way.

"People were worried about their lives, their future, and definitely the women's rights - especially in regards to education - they were in completely dark days.

"There was no specific deadline for when the schools or the universities for women would be re-opened.

"You would have been luckily if you get your [money] on the same day".