Varadkar: People who wanted Brexit have been "chasing unicorns"

The Taoiseach Leo Varadkar has said a lot of people who advocated Brexit have been "chasing unico...

Varadkar: People who wanted Brexit have been "chasing unicorns"

The Taoiseach Leo Varadkar has said a lot of people who advocated Brexit have been "chasing unicorns for some time".

He was reacting in Washington DC to the latest Brexit developments.

It came ahead of another House of Commons vote in London, where MPs narrowly opposed leaving the European Union without a deal.

He said a no deal scenario is now a growing possibility - and a package of measures to support Irish businesses will be approved by Cabinet next week.

This will be aimed at protecting jobs and incomes.

But Mr Varadkar had this message for those who supported Brexit.

"I think a lot of the people who advocated Brexit have been chasing unicorns now for a very long time.

"As we head into the next few weeks, it should be patiently obvious to everyone that unicorns only exist in fairytales.

"And I would say to people who advocated Brexit: is this really what they wanted? Protectionism, tariffs, borders, restrictions on trade.

"Is this really what Brexit was all about?".

It will be seen as a significant step, given Mr Pence's previous views on LGBT rights.

Mr Pence has been vocally anti-gay marriage, saying being gay was a choice, and that keeping homosexuals from marrying was not discrimination - but an enforcement of God's idea.

According to The New York Times, the vice-president has faced accusations that he has supported 'conversion therapy': treatments to try and change someone's sexual orientation.

Mr Varadkar will use his annual St Patrick’s Day trip to Washington to sell Ireland as an ideal location for international business and investment.

His arrival was delayed due to the Brexit withdrawal agreement finalised between the UK and the EU on Monday night.

The agreement was rejected by the House of Commons.

He will meet Irish companies expanding their operations in the US and visit an exhibition on Irish Women in America before attending the American-Ireland Fund Gala Dinner.

Irish companies employ more than 100,000 US workers, and US firms with Irish operations employ 155,000 people.

On Thursday, he will go for breakfast with Mr Pence, before visiting US President Donald Trump at the White House.

Government officials have said he will emphasise the strength of Irish-US ties, the important role of the US in supporting peace in Ireland and firmly outline Ireland’s position on Brexit. 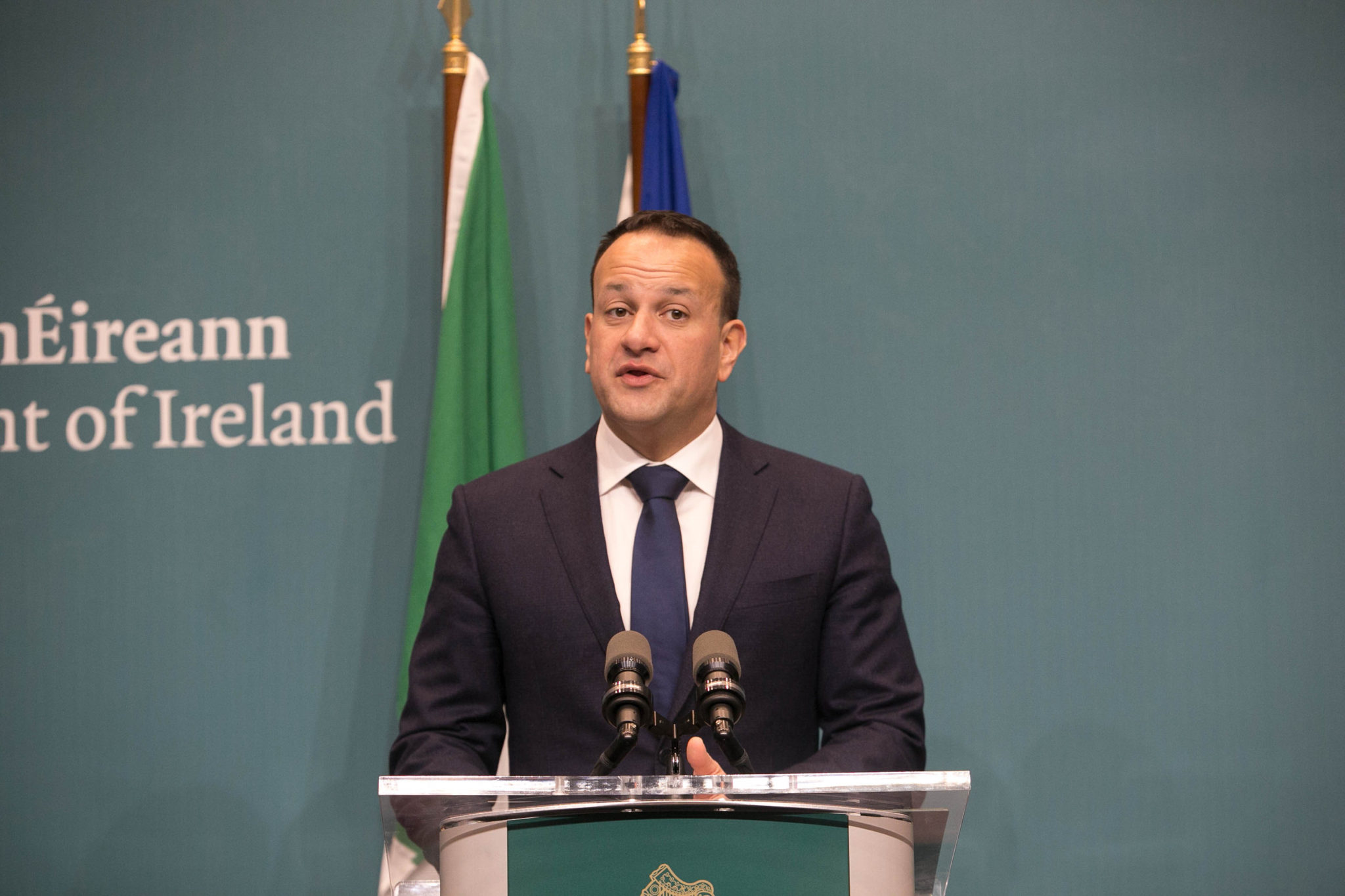 He will also outline Ireland’s position on Brexit and press the case for resolving the situation facing the undocumented Irish.

It is unclear whether Mr Varadkar’s bilateral meeting with President Trump will open to the media, after news organisations were controversially blocked from attending last year.

On Friday, the Taoiseach travels to Chicago for a series of engagements - ending with him marching in the annual St Patrick’s Day Parade.

He will march in the Chicago St Patrick’s Day Parade on Saturday, before concluding his trip by launching Tourism Ireland’s new book, ‘Ireland’s Greening of the World.’

The book commemorates the 10th anniversary of the Global Greening Initiative.