Varadkar: No-deal Brexit checks "may need to take place near the border"

The Taoiseach Leo Varadkar has said that, in the event of a no-deal Brexit by the UK, some checks...

Varadkar: No-deal Brexit checks "may need to take place near the border"

The Taoiseach Leo Varadkar has said that, in the event of a no-deal Brexit by the UK, some checks on goods and animals may need to take place near the Irish border.

He was speaking at the annual dinner of the British Irish Chamber of Commerce in Dublin on Thursday.

This suggestion comes despite repeated guarantees that there would be no infrastructure on the border, regardless of the outcome of Britain's exit from the European Union.

"Brexit is not a storm to be weathered. It is a permanent change in the political and economic environment in which the European Union and the United Kingdom will exist", Mr Varadkar said.

He told business leaders: "Our preferred outcome is a deal on the basis of the Withdrawal Agreement.

"The EU has been firm and respectful in its response that any deal must be consistent with the Withdrawal Agreement that was negotiated, in good faith, over a two-and-a-half year period by all 28 EU governments.

"Avoiding the return of a hard border on this island is a Government priority in all circumstances.

"We must protect peace on the island and the success of the all-island economy.

"This is why the backstop continues to be a critical component of the Withdrawal Agreement, unless and until an alternative is found.

"And yes, we are open to alternatives as we always have been. But they must be realistic ones, legally binding and workable in practice.

"We have received no such proposals to date."

He also painted a picture in the event of no-deal: "If no deal happens, first of all, some things won't change.

"The Common Travel Area will remain in place so British and Irish citizens will still be able to travel freely between our two islands and live, work, study and access healthcare, welfare, housing and the labour market as though we were citizens of both.

"Irish and Dual British-Irish citizens in Northern Ireland and Britain will be still be able to travel, work, do business and study throughout the EU without a visa or permit.

"For British only citizens, this will no longer be the case."

"When you fly into Ireland from Britain, you will no longer pass through the blue channel.

"You will have to choose the green or red one and pay any taxes that may be due.

"The same will apply to products bought online from the UK, brought in from Northern Ireland and EU consumer protections will no longer apply. " 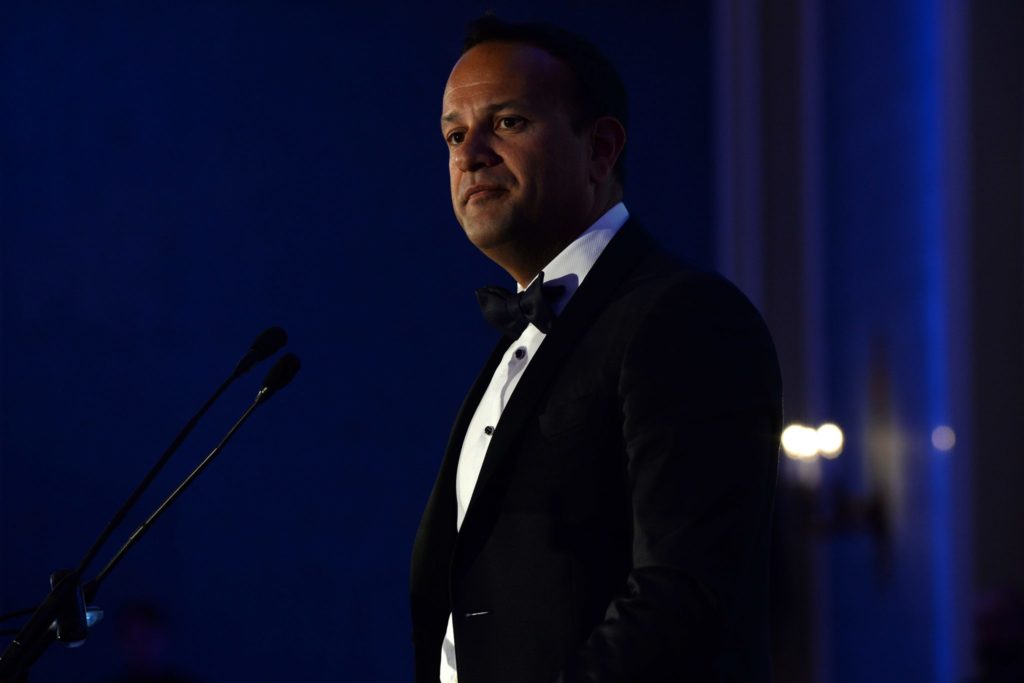 Referring to a recently announced transport extension, he added: "Flights, trains and buses will continue to operate normally for a period but an agreement will be needed for this to continue permanently.

"EU vessels will no longer be allowed to fish in UK waters and vice versa, though the commission has proposed a short extension of the status quo."

"Tariffs will apply to goods imported into Ireland from the United Kingdom and vice versa.

"This will be expensive and bureaucratic for business."

On the border in a no-deal scenario, he said: "There will be checks on goods and live animals and, as far as possible, they will take place in ports, airports and at businesses.

"But some may need to take place near the border. We are working out the details of this with the European Commission."

"A no-deal Brexit will have adverse effects on our economy causing growth to slow, but it will grow and we don't anticipate a return to recession."

"The public finances will go from surplus to deficit but a deficit of less than 2%, so better than our longrun average.

"We do not anticipate pay cuts, income tax increases or reductions in overall public spending. There will be no return to austerity, we won't be taking that trip again", he added.

However a deal still needs to be agreed in Britain ahead of the October 31st deadline.

British Prime Minister Boris Johnson has already ruled out asking for a further Brexit extension, saying on Thursday he would "rather be dead in a ditch".

Meanwhile, a bill preventing a no-deal exit is set to complete its passage through the UK's House of Lords on Friday.

A UK general election is also likely to take place in the near future, despite a failed attempt by Mr Johnson to trigger one on Wednesday evening.