France has joined Ireland in warning that it will oppose the Mercosur trade deal unless Brazil ta...

France has joined Ireland in warning that it will oppose the Mercosur trade deal unless Brazil takes action to stop the fires tearing through the Amazon rainforest.

Brazil's National Institute for Space Research (INPE) has warned that there have been over 74,000 fires detected in the country so far this year - an 84% rise on last year and the most since records began.

Brazil's President Jair Bolsonaro has said his Government lacks the resources to fight them; however, he has also accused other countries of interfering in what he views as a domestic matter. 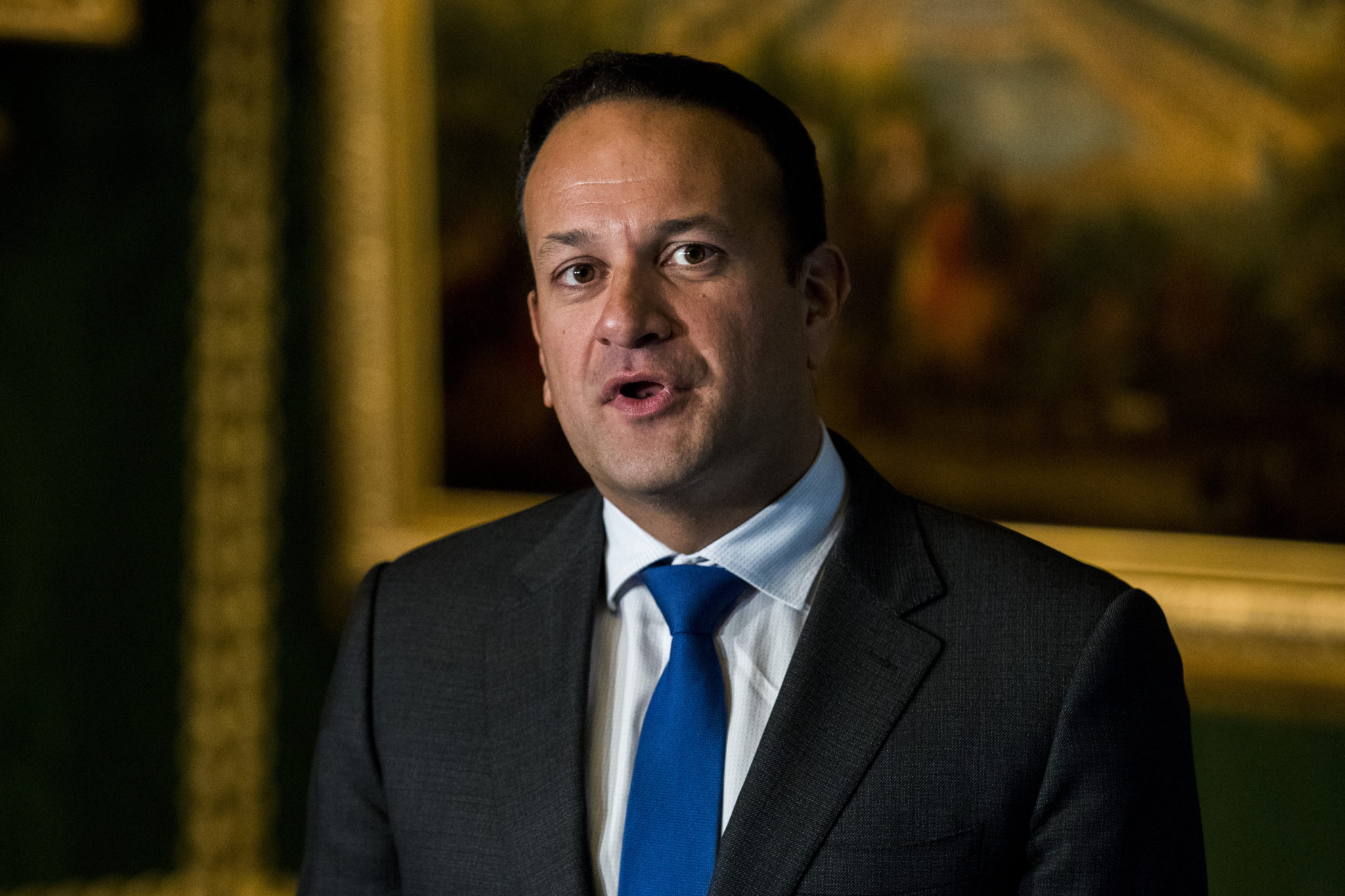 This morning, the Taoiseach Leo Varadkar said there is "no way" Ireland will vote in favour of the proposed Mercosur trade deal between the EU and a number of South American countries if Brazil does not honour its environmental commitments.

He also criticised President Bolsonaro for claiming that environmental groups were starting the fires to make him look bad - describing it as 'Orwellian.'

"I am very concerned that this year has seen record levels of destruction of Amazonian forests by fire," he said.

"President Bolsonaro’s efforts to blame the fires on environmental NGOs is Orwellian.

"His statement that Brazil will stay in the Paris accords on climate change ‘for now’ will raise antennas across Europe.

"The Mercosur Deal is two years away from a vote on approval in Europe.

"During the course of these two years, we will monitor closely Brazil’s environmental actions.

"There is no way we can tell Irish and European farmers to use fewer pesticides, less fertilizer, embrace biodiversity and plant more of their land and expect them to do it, if we do not make trade deals contingent on decent environmental, labour and product standards."

There IS something we can do. Protect an acre of forest to support the nature we ALL rely on. #ProtectTheAmazon https://t.co/qTkf16um9f pic.twitter.com/kUFpDldMQj

In Paris this afternoon, a spokesperson for President Macron said France would follow suit.

The spokesperson said the French leader believed President Bolsonaro had lied to him about his commitment to environmental issues when the pair met at the G20 Summit in Osaka.

As a result, the spokesperson said, "France will oppose the Mercosur deal as it is."

The deal with Argentina, Brazil, Paraguay and Uruguay is the largest Europe has ever signed – and will allow the South American countries to export nearly 100,000 tonnes of beef to the EU every year.

It contains a number of environmental commitments, obliging signatories to “effectively implement” the Paris Climate Agreement.

It also requires Brazil to promise to end illegal deforestation in the Amazon by 2030 and replant 12 million hectares of forest every year. 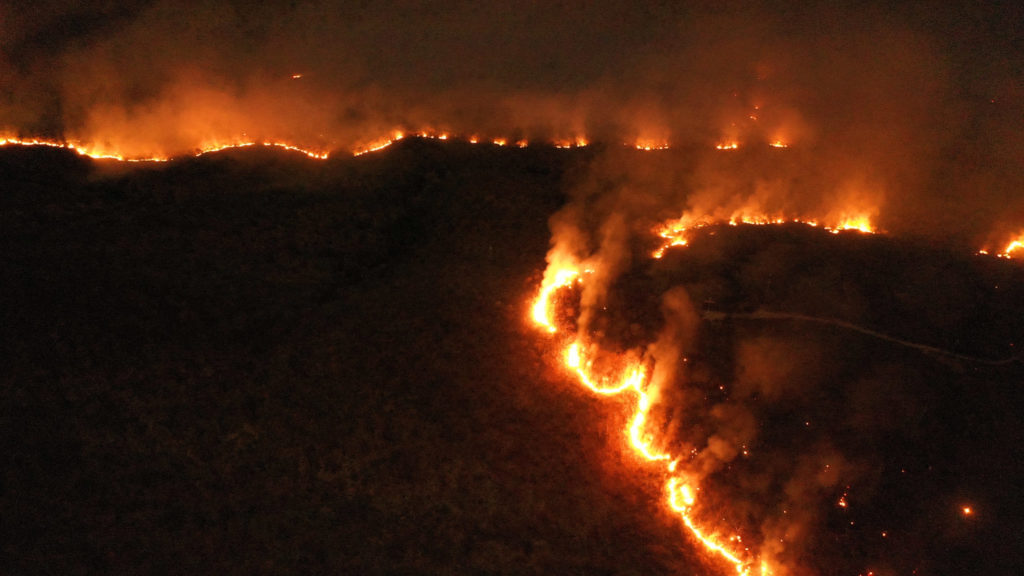 An image taken on Aug 17th shows a raging fire in the Amazon rainforest in the state of Tocantins, Brazil, 17-08-2019. Image: Dida Sampaio/AGENCIA ESTADO/Handout via Xinhua

However, conservationists have warned that there is nothing stopping Brazil from clearing huge swathes of land in the years before the deal comes into force.

Earlier this summer, INPE warned of a massive increase in destruction of the Brazilian rainforest since President Bolsonaro came to power.

It released data indicating that the forest endured 88% more deforestation in June than it did in the same month last year.

President Bolsonaro responded by sacking the head of the agency. 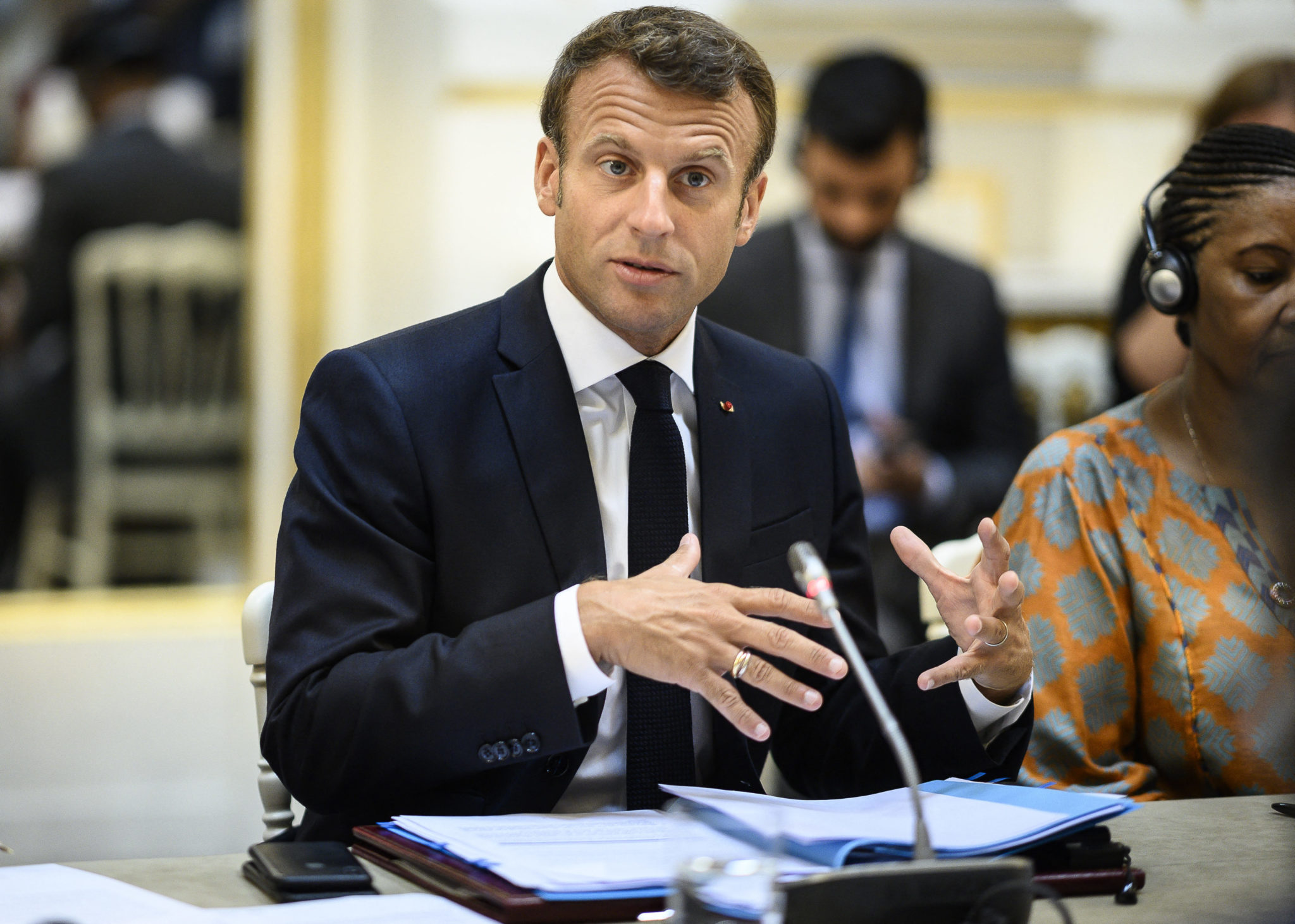 French President Emmanuel Macron during a meeting with members of the G7 Advisory Board for Gender Equality at the Elysee Palace in Paris, 23-08-2019. Image: Eliot Blondet/ABACAPRESS.COM

The Amazon - which creates 20% of the oxygen in the Earth’s atmosphere and is often referred to as the lungs of the world - is a vital absorber of carbon dioxide from the atmosphere.

French President Emmanuel Macron said the fires are an "international crisis", writing on Twitter: "Our house is burning. Literally.

"The Amazon rain forest - the lungs which produce 20% of our planet's oxygen - is on fire".

Our house is burning. Literally. The Amazon rain forest - the lungs which produces 20% of our planet’s oxygen - is on fire. It is an international crisis. Members of the G7 Summit, let's discuss this emergency first order in two days! #ActForTheAmazon pic.twitter.com/dogOJj9big

But President Bolsonaro hit back, saying: "I regret that Macron seeks to make personal political gains in an internal matter for Brazil and other Amazonian countries. The sensationalist tone he used does nothing to solve the problem."

He said President Macron's call for the issue to be discussed at the G7 - which Brazil is not a member of - "recalls a colonialist mindset that is unacceptable in the 21st century."

Mr Bolsonaro also claimed news organisations had exploited the fires to undermine his government, saying: "Most of the media wants Brazil to end up like Venezuela."

Kumi Naidoo, Amnesty International's secretary-general, said: "Instead of spreading outrageous lies or denying the scale of deforestation taking place, we urge the president to take immediate action to halt the progress of these fires."

But Filipe Martins, an adviser to Mr Bolsonaro, said the Amazon would be saved by Brazil and not "the empty, hysterical and misleading rhetoric of the mainstream media, transnational bureaucrats and NGOs". 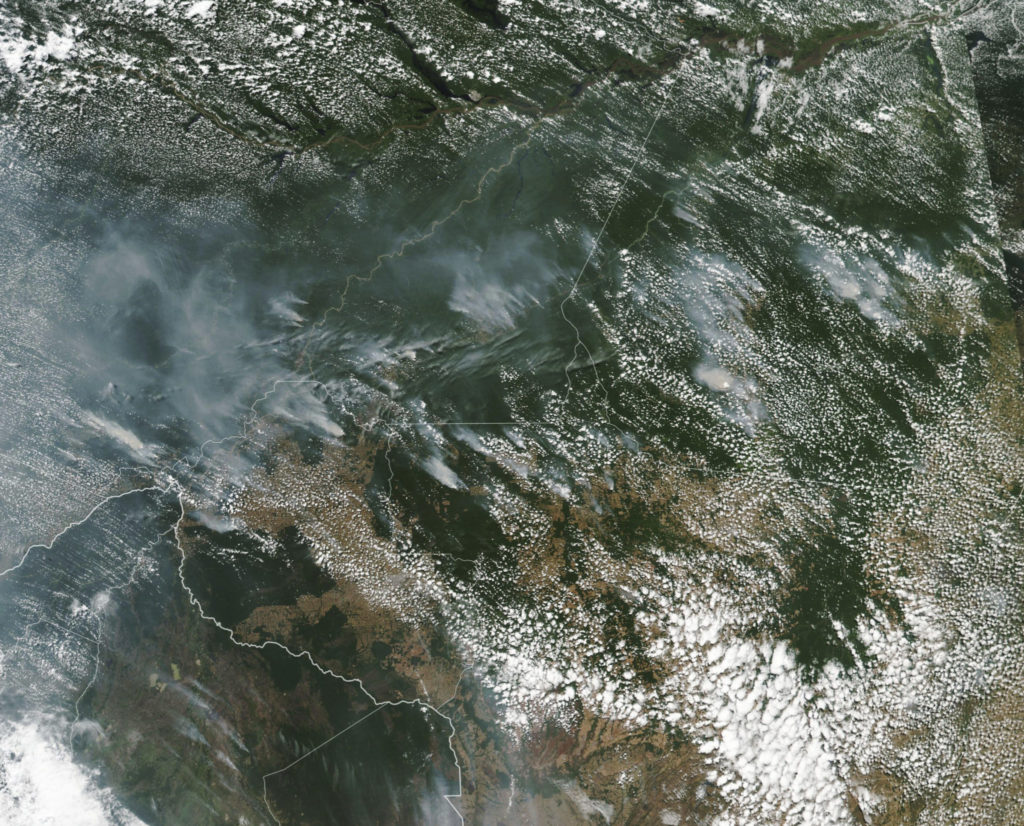 Fires in the rainforest at this time of year are not unusual, but environmentalists blame the increase on farmers deliberately setting fires to clear land for agriculture.

Conservationists have warned that the Bolsonaro administration’s continued attacks on environmental groups and plans for development on protected lands have emboldened farmers to clear more forest than ever before.

Just eight months into his presidency, the right-wing president has made it clear he wants to open the Amazon up to the demands of mining, agricultural and logging companies.

Federal prosecutors are investigating a Brazilian newspaper advert calling on farmers to be part of Fire Day and burn parts of the forest to show the president "their willingness to work."

This month, Norway and Germany stopped funding anti-deforestation projects in Brazil, worried by changes to how the projects were being chosen under Mr Bolsonaro.

At the time the president had said his country "does not need" the funding.

Main image taken on Aug 17th shows a raging fire in the Amazon rainforest in the state of Tocantins, Brazil, 17-08-2019. Image: Dida Sampaio/AGENCIA ESTADO/Handout via Xinhua