The European Union says it has reached a political agreement for a major trade deal with South Am...

The European Union says it has reached a political agreement for a major trade deal with South America.

The deal between the bloc and Argentina, Brazil, Paraguay and Uruguay - known as Mercosur - will cover a population of 780 million.

The EU says the deal "represents a clear commitment from both regions to rules based international trade and will give European companies an important head start into a market with an enormous economic potential.

"It will anchor important economic reforms and modernisation undergoing in Mercosur countries.

#Mercosur #trade deal done! A historical moment. In the midst of international trade tensions, we are sending a strong signal that we stand for rules-based trade. Largest trade agreement 🇪🇺 has ever concluded. Positive outcome for environment & consumers.https://t.co/AE5z78c81J

It comes just days after Irish farmers staged a protest in Dublin against the plans.

They claim Irish and European farmers are being sacrificed at a time when the EU is already on the brink of losing the UK market over Brexit.

IFA President Joe Healy says: "We hear a lot about the size of the Irish cattle herd, which is under seven million. Yet Brazil have 230 million cattle, with a further 53 million in Argentina.

"The EU Commission will have no credibility if they proceed with this deal".

Mr Healy has called on the Taoiseach Leo Varadkar to "make it clear to Brussels that Ireland will not ratify this deal."

"This deal represents a backroom deal with big business and kowtows to the likes of Mercedes and BMW in their drive to get cars into South America.

"It is a disgraceful and feeble sell out of a large part of our most valuable beef market to Latin American ranchers and factory farm units," he says.

"Irish and European farmers adhere to the highest standards on traceability, animal welfare, food safety and the environment. Farmers in Brazil do not.

"Yet our Government and the EU Commission waved the white flag and disregarded what consumers expect from their farmers." 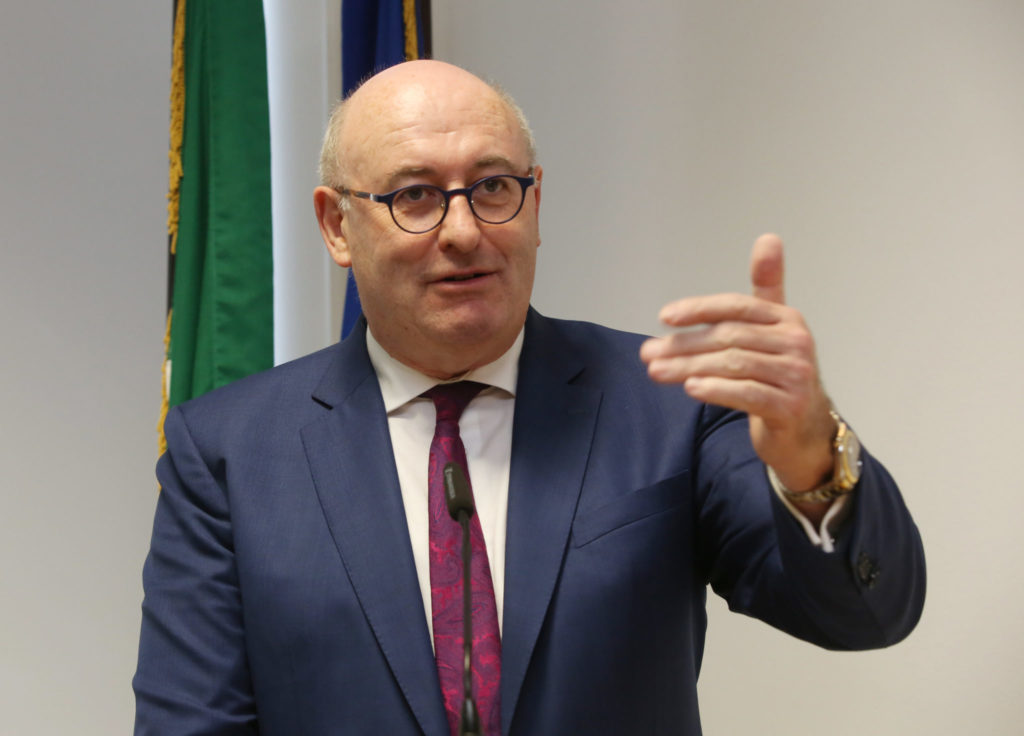 In a statement on Friday, European Commission President Jean-Claude Juncker says: "In the midst of international trade tensions, we are sending today a strong signal with our Mercosur partners that we stand for rules-based trade.

"Through this trade pact, Mercosur countries have decided to open up their markets to the EU.

"This is obviously great news for companies, workers and the economy on both sides of the Atlantic, saving over €4bn worth of duties per year.

"This makes it the largest trade agreement the EU has ever concluded."

While Phil Hogan, Commissioner for Agriculture, adds: "The EU-Mercosur agreement is a fair and balanced deal with opportunities and benefits on both sides, including for Europe's farmers.

"Our distinctive, high quality EU agri-food products will now get the protection in Mercosur countries that they deserve, supporting our market position and growing our export opportunities.

"Today's agreement also presents some challenges to European farmers and the European Commission will be available to help farmers meet these challenges."

The EU-Mercosur agreement will remove the majority of tariffs on EU exports to Mercosur.

It will also put legal guarantees in place protecting 357 European food and drink products recognised as Geographical Indications - such as Italian Parma ham and Polish vodka -  from imitation.

The EU also says food safety standards will remain unchanged and all imports will have to comply with the EU's standards.

Both sides will now have a legal revision of the text to come up with the final version.

The EU Commission will then translate it into all official EU languages, and submit it to EU member states and the European Parliament for approval.

Footballer Diego Maradona dies at the age of 60

Millions left without power in massive outage for Argentina and Uruguay