The satisfaction rating for Taoiseach Leo Varadkar has fallen to its lowest level since he became...

The satisfaction rating for Taoiseach Leo Varadkar has fallen to its lowest level since he became leader.

It shows Mr Varadkar's satisfaction rating has fallen by eight points, from 51% last October to 43%.

While he remains the most popular of the party leaders, it is the lowest satisfaction rating he has achieved since becoming leader.

Fine Gael has also seen a three-point drop in support since October, at 30%.

While overall satisfaction with the Government has also dropped slightly to 38% from 39% in October. 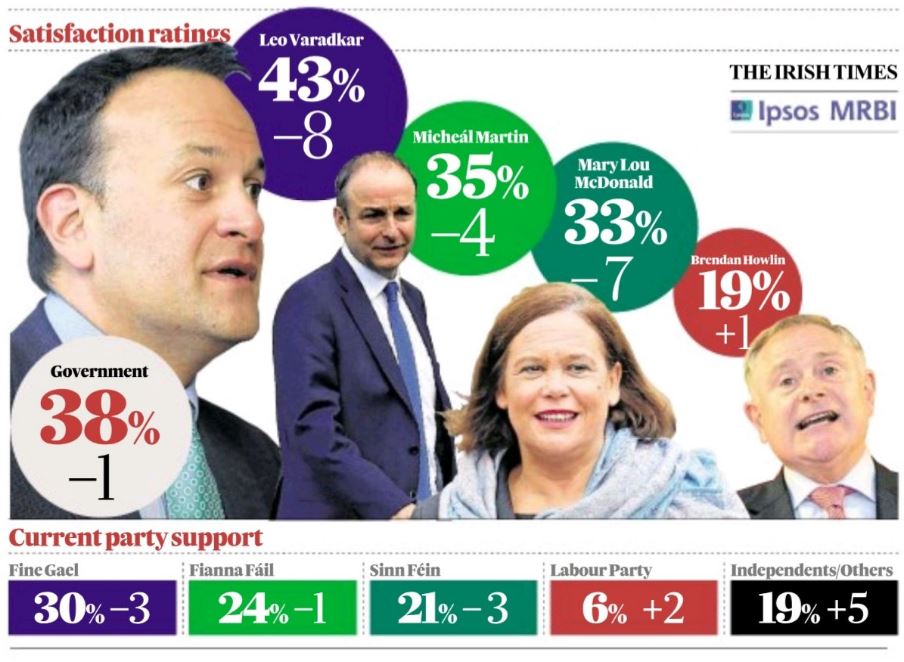 The poll suggests support for the party has fallen among farmers and the most financially well-off voters.

Sinn Féin also falls by three points, while its leader Mary Lou McDonald sees a sharp decline in her personal rating - from 40% to 33%.

Support for Fianna Fáil also drops marginally by one point, while satisfaction with leader Micheál Martin also falls by four points from 39% to 35%.

Independents/others have seen a five point rise to 19%.