Cllr Kevin Callan from Drogheda Tidy Towns says that recent efforts by civic officials and volunteers to improve the town have been hampered over the years by the criminal behaviour of a small but persistent minority.

Vandalism in Ireland is “ is out of control” a local councillor has warned amid concern about anti-social behaviour.

Cllr Kevin Callan from Drogheda Tidy Towns says that recent efforts by civic officials and volunteers to improve the town have been hampered over the years by the criminal behaviour of a small but persistent minority.

“We had some trees which were planted by our local council as part of a biodiversity plan,” he told Lunchtime Live.

“They’re planted in at about 10 or 15 years of age, so they’re quite mature when they go in and it’s in one of our principle Green Flag Parks.

“But they were literally just snapped in half all on the one occasion. Pure vandalism.”

And damage to trees is not the only incidence of vandalism that he can recall in the town:

“Things are given to the community and put in at great expense. We also put in recently water [fountains] were people could top up their water bottles,” he recalled.

The aim was to reduce the use of plastics but “within days they were damaged.”

“So we have one group in society who are trying to work to better areas,” he continued, “to clean things up and then we’ve people who just go around pulling things apart for no other reason than it gives them some form of amusement.” 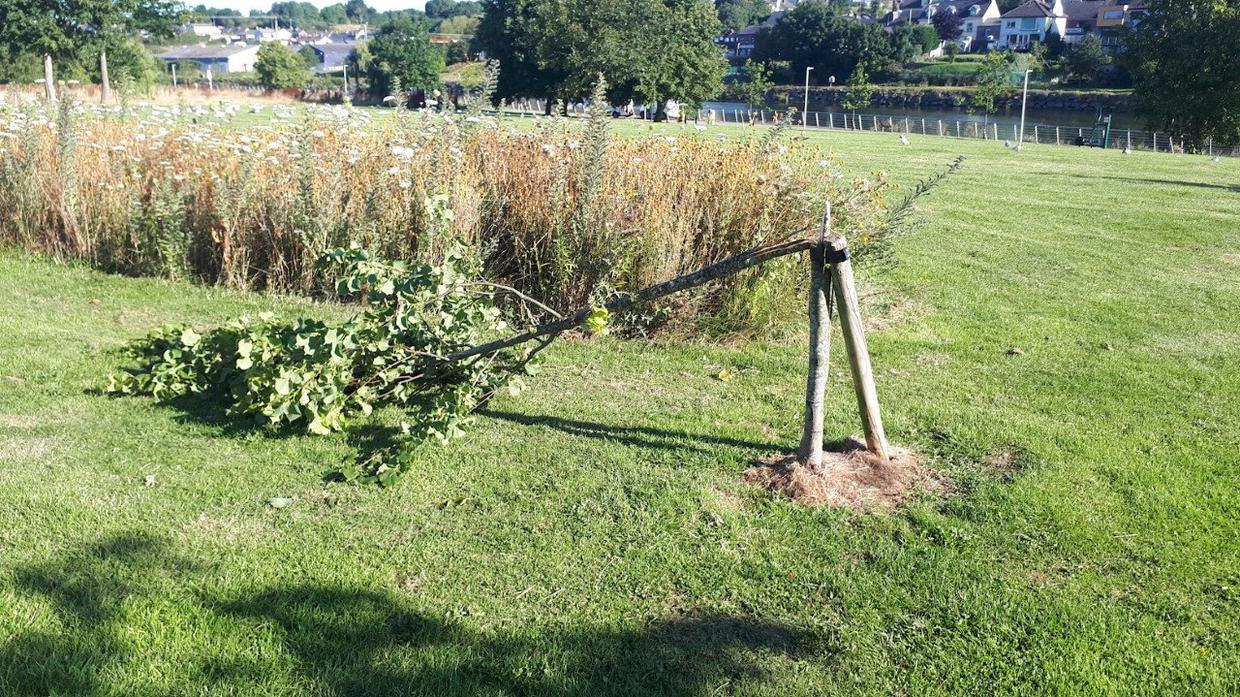 Trees snapped in half in Drogheda. Image: Cllr Kevin Callan

His concerns are shared by Joanna from Ballincollig in Cork - a place she said is increasingly blighted by criminality:

“This is an ongoing problem here and very little is being done about it,” she complained.

“In fact there’s virtually omerta around bringing the issue up with councillors.

“I think the feeling was that if you drew attention to it that it would increase the desire for it and need for attention - if it was an attention seeking behaviour.

“But at this stage we have to speak out about it because nothing effective is being done about it.” 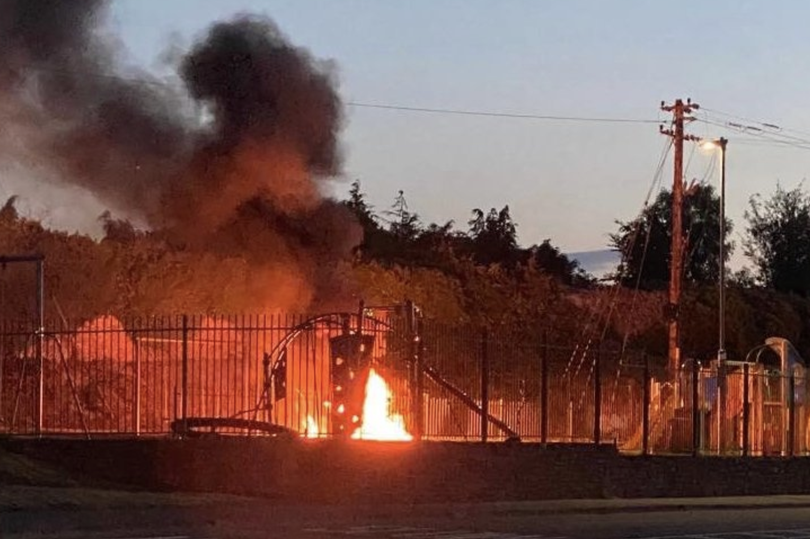 A burning playground in Ballincollig.

Both individuals believe that the solution is more law and order. Cllr Callan wants Gardaí to “come down very hard on these people” and says vandals “need to be made an example out of.”

While Joanna wants more Gardaí in her town which she says does not have enough for a place with a growing population.