Russia has begun a major new offensive in the east of Ukraine.

Russia has begun a major new offensive in the east of Ukraine, according to the country’s president.

In a video address on Monday night, Volodymyr Zelenskyy said Russian troops had “begun the battle for Donbas, for which they have been preparing for a long time.”

He said a “significant part of the entire Russian army” has been deployed to carry out the offensive on the region.

“No matter how many Russian troops are driven there, we will fight. We will defend ourselves. We will do it every day,” he said.

The Kremlin has been repositioning and reinforcing positions in and around eastern Ukraine for several weeks after troops began pulling back from the capital Kyiv.

Russian President Vladimir Putin has said he wants to “liberate” the Donbas region, which includes Donetsk and Luhansk.

Pro-Russian separatists have been battling the Ukraine military in the region since 2014.

Minister Coveney will make his address after visiting Ukraine last week – becoming the first foreign minister from a State on the council to do so.

Minister Coveney visited the town of Bucha during his visit, seeing first-hand the mass graves that have been uncovered there and the destruction left behind by retreating Russian troops. 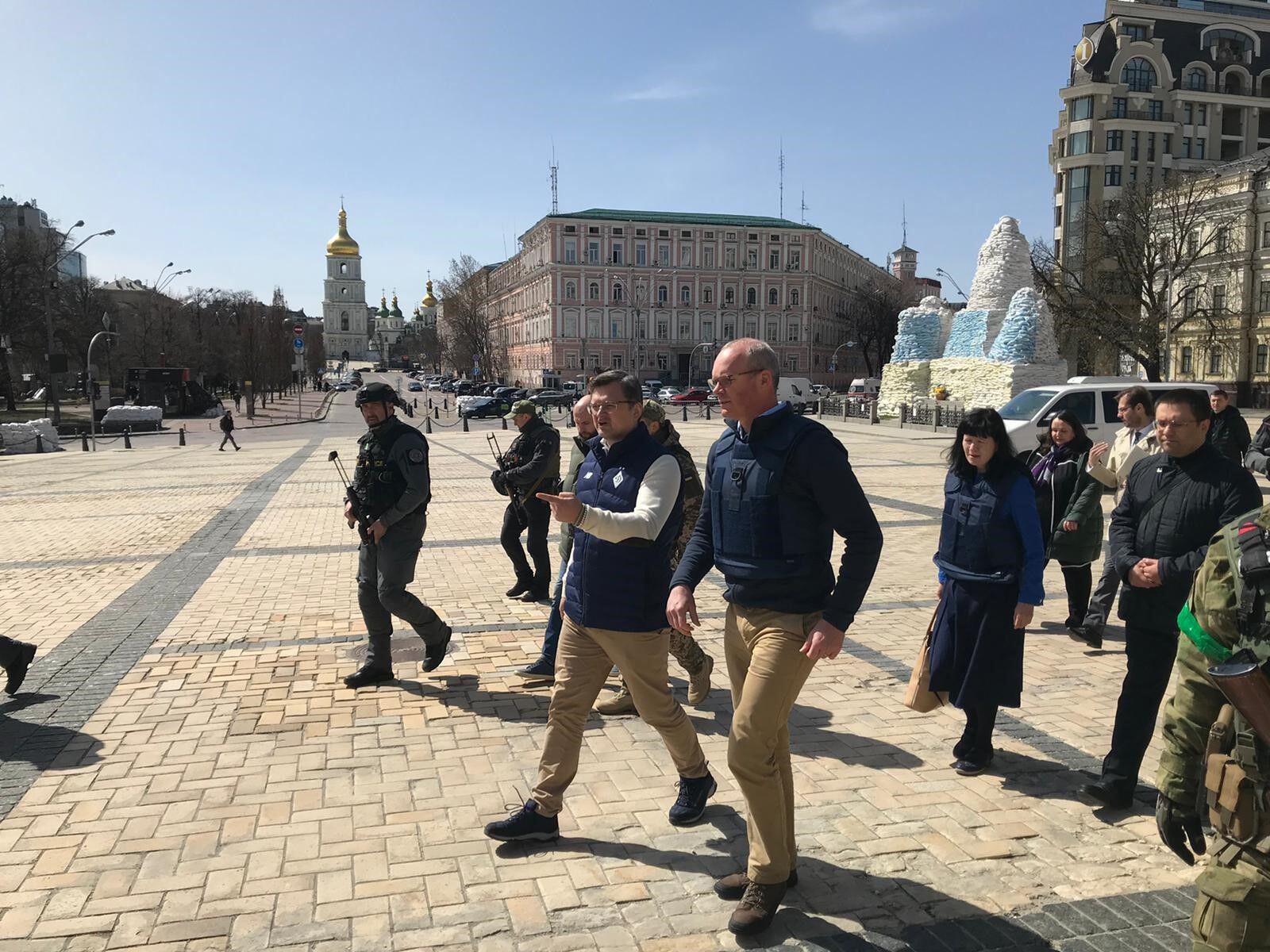 In a statement, Minister Coveney said he promised his Ukrainian counterparts that Ireland would “use our voice at the highest level in the EU and at the UN Security Council to call for an immediate halt to Russian aggression in Ukraine, and for a genuine commitment to a negotiated solution”.

“The Ukrainian people need and deserve full accountability for the atrocities that continue to be uncovered daily,” he said.

“I will be using Ireland’s voice at the Security Council to emphasise this. I will also be raising our grave concerns that we are facing into renewed Russian attacks in the east of Ukraine, with hundreds of thousands of lives at stake.

"The humanitarian toll on civilians of this war is unconscionable. Two thirds of Ukraine’s children are now displaced from their homes.

"This madness can stop today if Russia agrees to an immediate ceasefire, a withdrawal to pre-24th February positions and a commitment to a dialogue.”

He called on all UN members states to support calls for peace talks.

Minister Coveney will address the UNSC at 8pm Irish time.